The City house is a 2010’s set and sooner or latter it will have to be added to the town. It has almost four hundred pieces, three mini-figures, a dog and plenty of accessories (a skate, a deck chair, a mailbox, a garbage can, a barbecue area, trees, flowers and much more).

Based on a green big plate, the building is tall. I’m suggested to say that this one of the tallest buildings in city theme, because it has three floors. In the ground floor, slightly elevated, there is a kitchen with a table, two blue seats and the usual equipment: a stove and a dish washer. Not only this floor, but the entire house has no back wall. Looks a bit strange but surely increases the playability.

In the first floor, there is the living room that is very well decorated with a nice sofa, two small tables, a couple of glasses and a computer desk with a rotating seat. Surely it deserved at least, attending at the space, a flat TV on the wall. The room has also plenty of windows, which creates a good environment.

The second floor is composed by the Attics, that have a nice bedroom. Strangely this room has no kind of window. Instead of it, the roof, at this part, has some solar panels installed which is quite strange because next to them there is a small room with a window. Perhaps the roof should be rearranged. 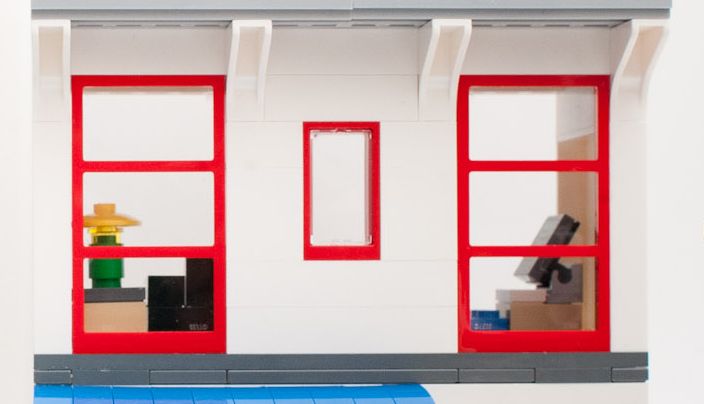 Outside, in the garden, there is plenty of animation and nice features. Starting by the blue awning and the white fence that give a better look to the house’s entrance. The kids also have a tree house, in the corner, to play with and for lunch it is being prepared a nice barbecue. The kid as well as the rest of the family can also play with a skate and with the dog. 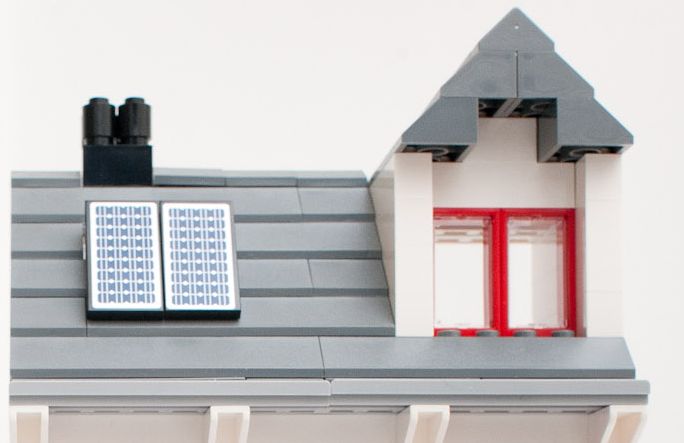 The wall with the arch, next to the house, gives the idea that the building is larger than in the reality. A final note, if the barbecue and the small fence, at the corner, would be rearranged, there would be room to park a small vehicle. Now all you have to is spent about 40 dollars to buy it. And I am sure you won’t regret it. If necessary the instructions can be downloaded in here: