Talking about them, I would start by the railway. Where are the straight tracks? The train can be very competent but if it only turns around like a crazy cat, easily you will put it aside. Oh let me guess… The missing tracks are just over there, inside the 7499 set, just around the corner at a distance of twenty dollars. Half a dozen of those tracks, would at least, the expectable.

On the other side, in a hundred and twenty dollars set, a couple of additional mini-figure would be rather welcome, otherwise the train will look always empty. The small platform that pretends to be a train station is also kink of naked. I know that a bigger station, like the 7937, for instance, would increase the price to some unreasonable values but this great train surely deserved better.

Talking about it, it has the style of the bigger 7937, with two seats, a station map and a couple of some usual accessories such as the clock and the garbage can. Once built, it will easily attached to the flexible rails, which sometimes I admit that they are useful but generically I prefer the traditional forms: straight and curves.

Now it is time for the masterpiece, the train. Prepare nine AAA batteries, because you will need it, three for the remote control and the other for the engine. This block is built on the front wagon and occupies most of its available space. However there is left some considerable space the driver room which has a nice printed control panel and some side windows. The roof opens easily in order to increase the access in the cabin. 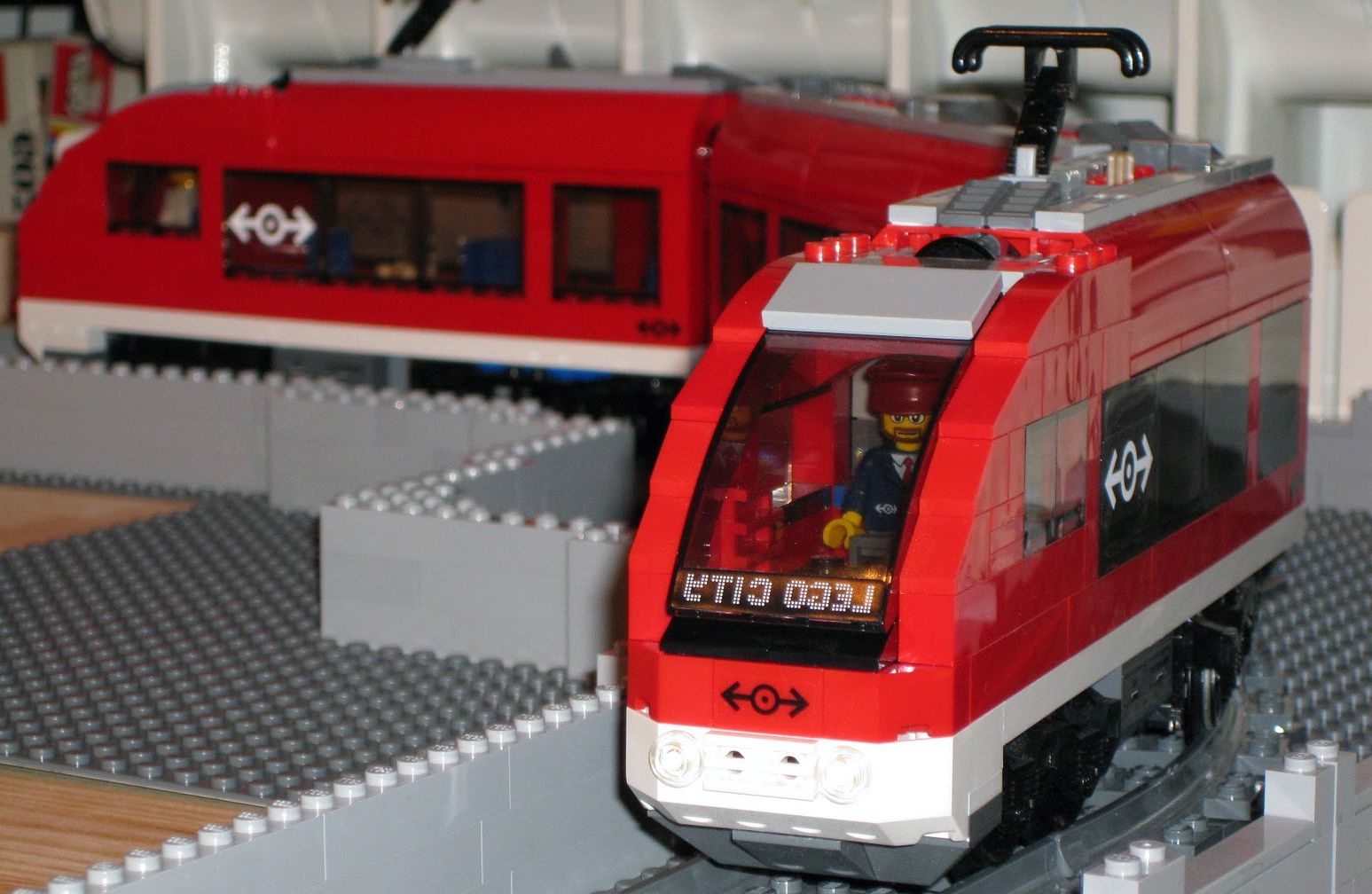 The two double axes are built separately and attached at the end to the wagon’s body with the particularity, for obvious reasons, that one of them has a power cable that will connect to the main engine. I final word to the on/off mechanism that is all made with Lego pieces. Continuing along the machine, the middle carriage is where the fun begins. Six blue seats with three central tables are responsible to give the passengers the top the of comfort in their trips. There is glass everywhere and the roof is attached only in the edges, so it can be easily unattached. 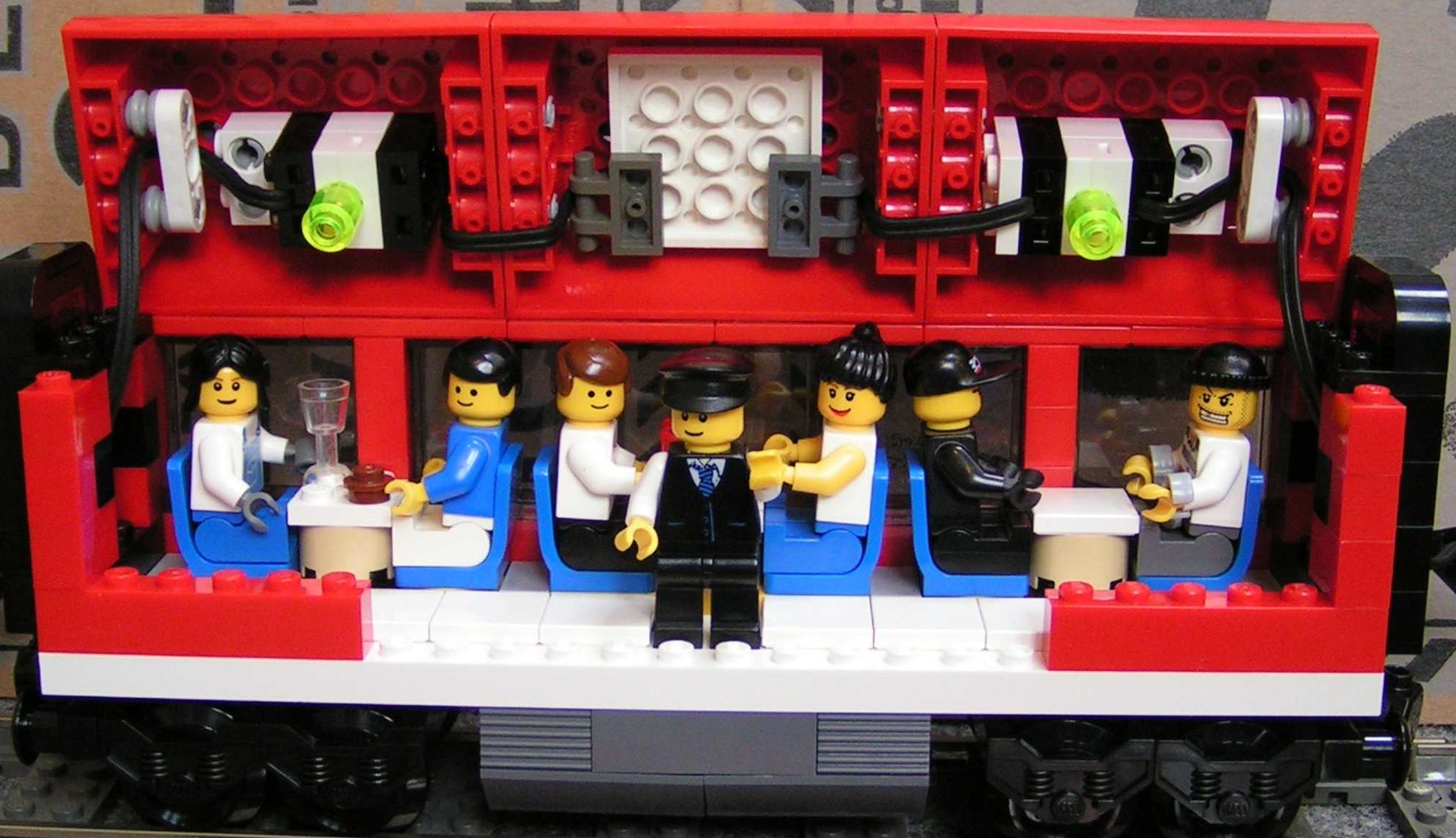 The third carriage is a mix of the other two. It is a similar cabin for the driver, and in the engine’s room this time there is space for more four seats and tables with the same look of the central carriage. Once built the three carriages attach perfectly to each other and are ready to turn around and around, if you don’t buy extra rails. 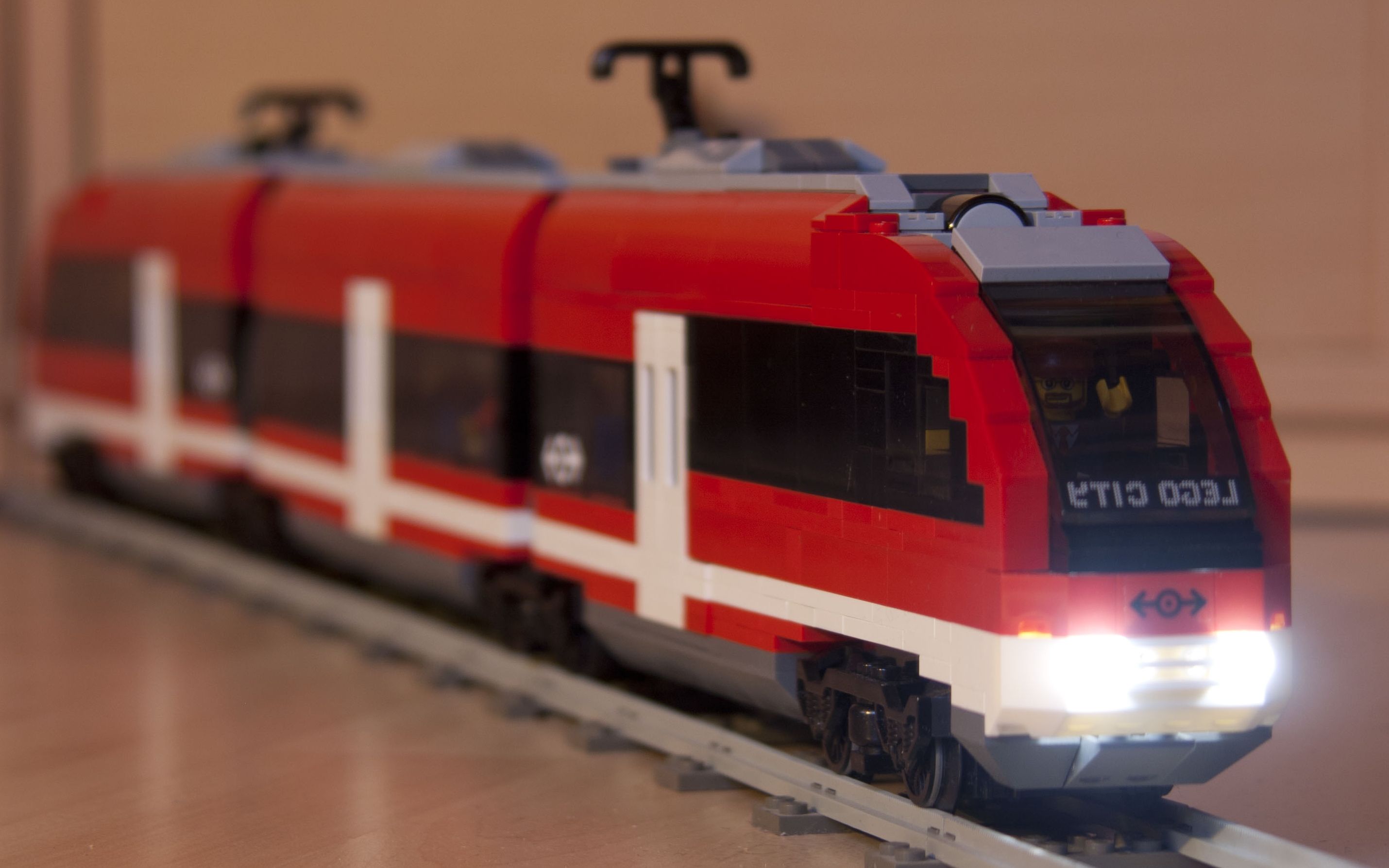 But if we forget that big detail, the train is surely a must in the town. It has seven different speeds and Lego says that it handles well with eight wagons. If you can afford it, go ahead, because it is one the prettiest sets of the town. The instructions, if necessary can be downloaded right from here: