The Wind Turbine Transport is a very long 2009’s set. The truck has perhaps the longest trailer is city theme and although its usual style, the warning vehicle has some nice interesting details and the turbine, well the turbine will have to be placed somewhere in a camp scenario because the blades will surely it the other buildings.

The truck is an ordinary chassis built of the same way of so many other city trucks with the traditional three wheel axes. Once it is built the differences will start appearing. The cab has some nice side doors and the usual coffee cup is present. It also has a decent seat for the driver and for the roof, Lego decided to adopt the highest usual piece but at the same time aerodynamic present for instance in the 7743 police truck. 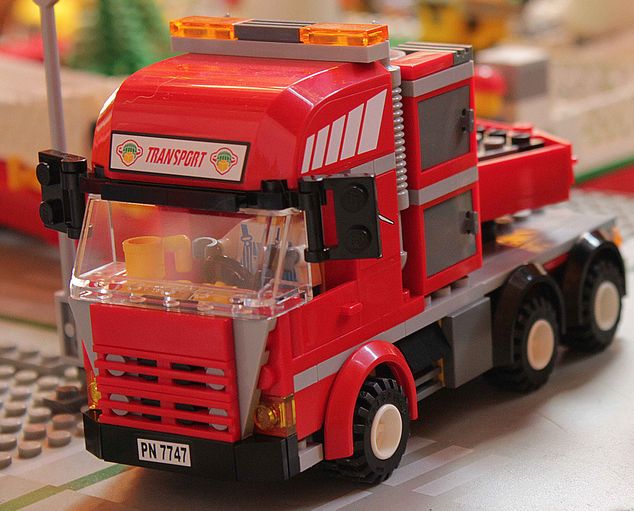 Behind the cab and next to it, where most of the times there is an empty space or a couple of truck tools, this time there is a small structure with four nice compartments to store tools and accessories. I specially enjoy the different colors of the several wheel arches of the truck, which are indeed quite unusual.

The long trailer, unlike the most of the big city trailers is not a single piece. Instead it is built with a combination of several different technique pieces. Being rigorous, the trailer is composes by three different parts. The rear parts where three axes are mounted (normally the trailers have only two…) uses some long black pieces that will attach to the middle section. 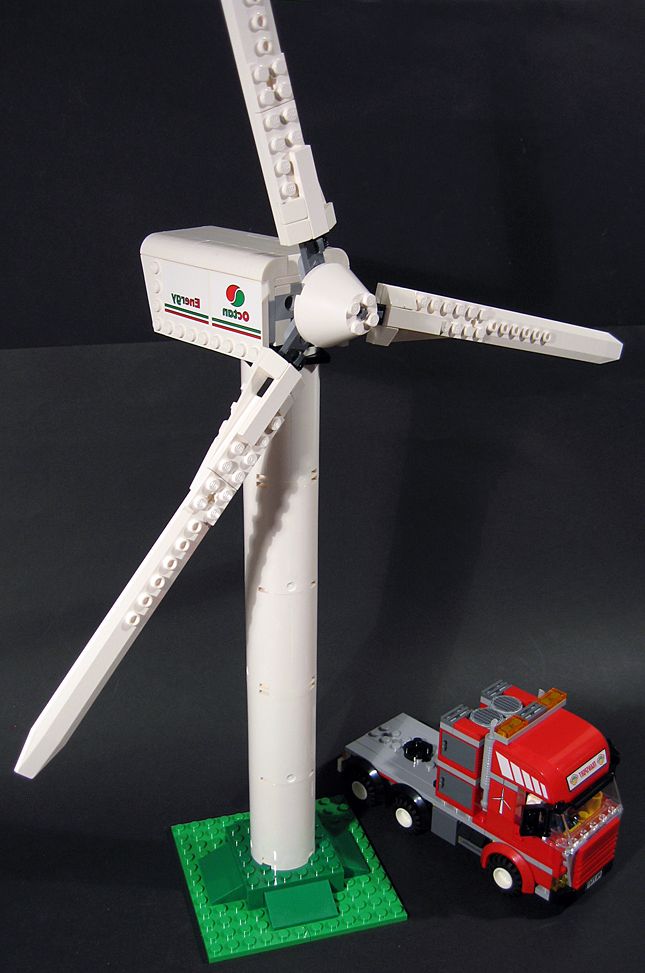 This one is nothing much, two long red pieces that will receive the others and will attach the front section that finally will connect to the truck. Once is ready it will receive a small yellow platform with a specific piece, that will provide the necessary safety and balance to the mill when it is being transported. Unfortunately when completed, the trailer has a strange tendency to sag. In Brickset’s website, there are users who have found the solution, however it should have been tested by Lego before releasing the model. 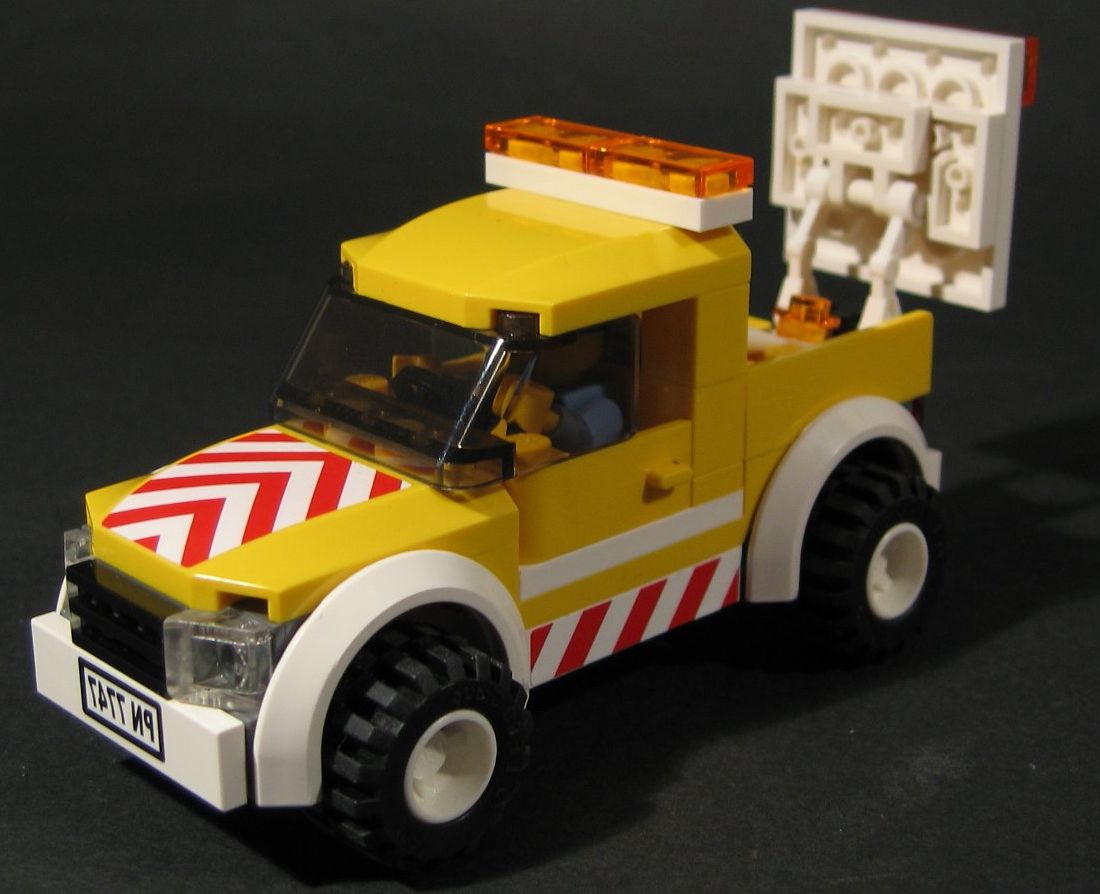 Talking about the mill, it has nothing much about the growing part. A long black bar, and five white pieces (with a couple of stabilizers) in a green base will be enough. The Turbine mechanism is an ingenious combination of technical pieces covered with some white Octain protection.

A small black bar will then be prepared to receive not only a nice triple axe piece where the blades will be finally mounted but also the final stabilizer. Once built you will surely think that is a unique addition to the city but it would be even better if someway it has same power to work alone. 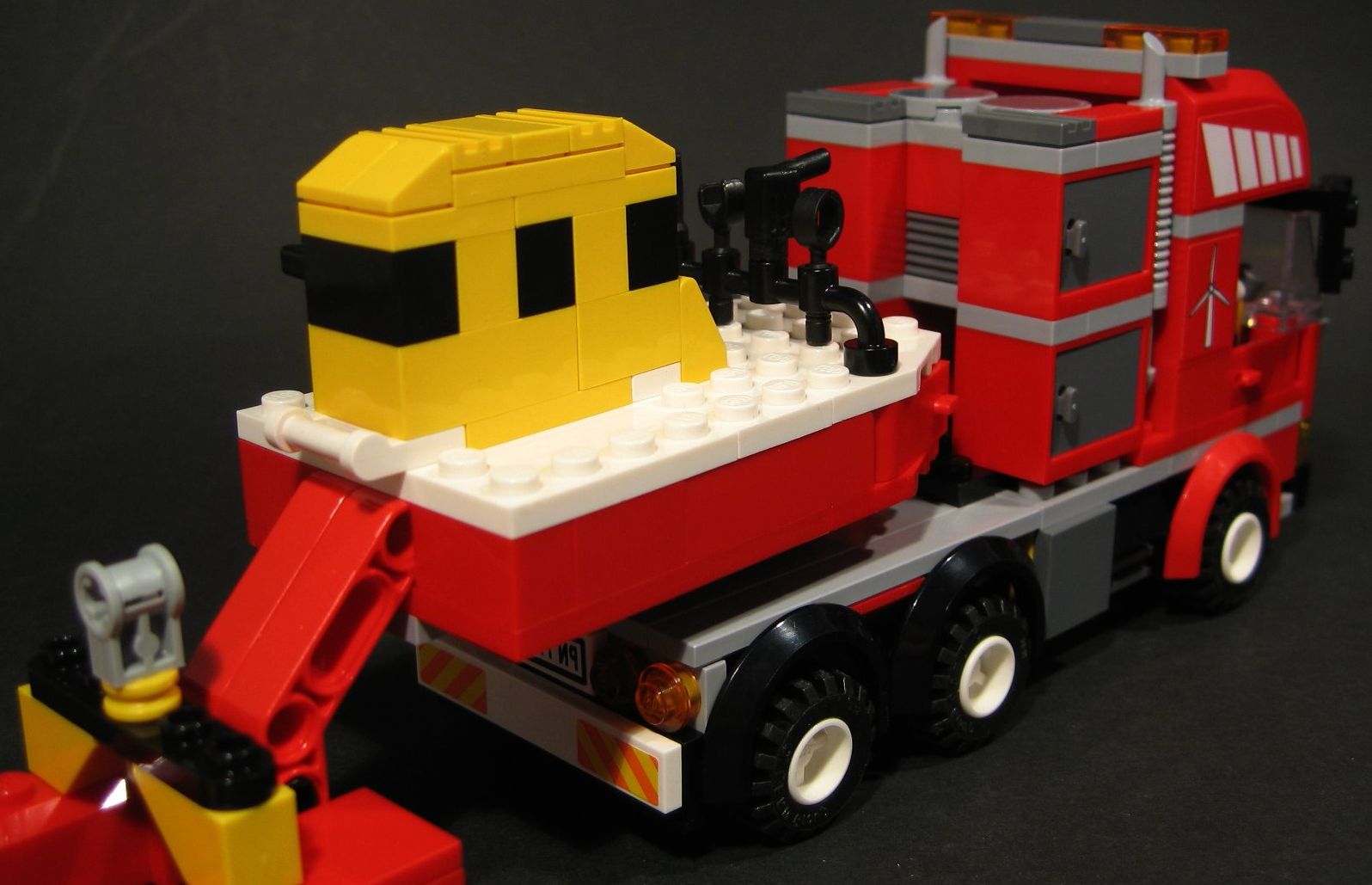 Finally the safety car that has a usual chassis but this time, yes!! it has the side doors which I personally enjoy very much. The truck, this time, has a tipper door to store some tools and the stickers surely will give the car an emergency look. Globally is an expensive set but surely worth the effort. The instructions can be found in here: