The cargo plane is surely a nice addition to the airport. The plane is a replica of the airport’s red plane (actually, is the opposite…) which is definitely a very beautiful model. The ground service vehicle is also very different from everything, perhaps with the exception of the airport luggage vehicle.

Starting by the ground vehicle, the structure at the beginning is the same, the once the chassis is built there are some good differences. It is a work vehicle and it is designed for full functionality, so it has no kind of doors or windshields. At the back there is a nice orange presence light that uses the vintage antenna. 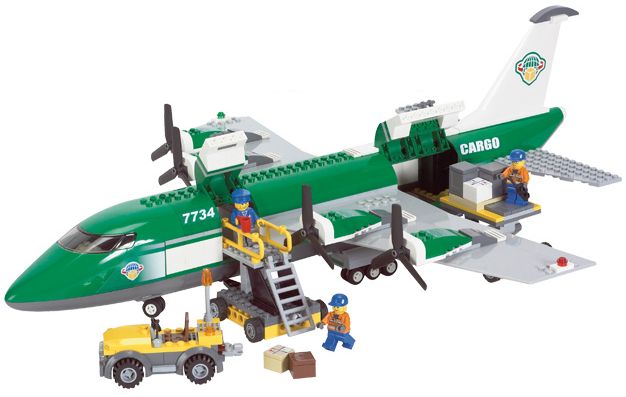 This vehicle tows two trailers, one with a lifting platform, and the other with some ladders to access the plane. First, you will notice that the trailers are wider than the car, and both use technique pieces for the wheel axis, as well as for its structure. The ladders are easy to build, and use unique pieces in the base. 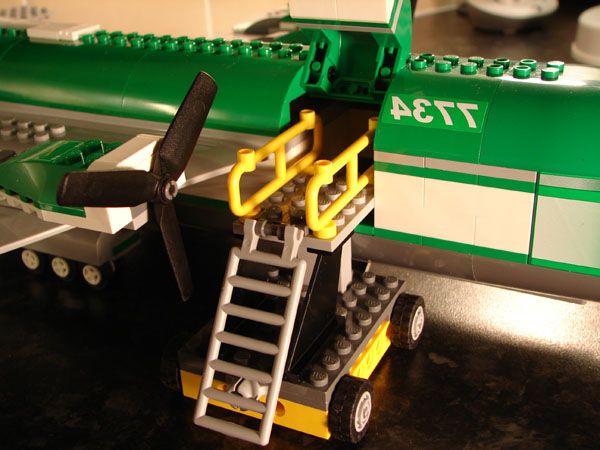 On the other hand the lifting platform uses and abuses of the technical pieces and the final result is an efficient elevator for the pallets. When the platform is raised, the structure has also a kind of break that gives it the necessary balance and straight, whenever it’s time to load or unload goods. Talking about these, there are at least eight boxes to play with. 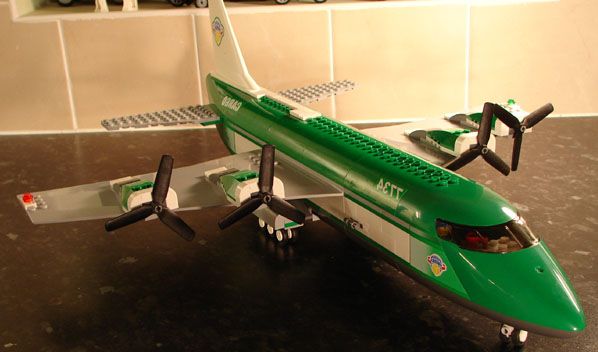 Now, the plane. It is long, wide, and definitely the airport must have space in order to park it. But the model is very realistic, viewed of every angle. Inside, the cockpit has room for two pilots (where is the second one?), it has three control panels and two handles, which is a detail that is often not found. 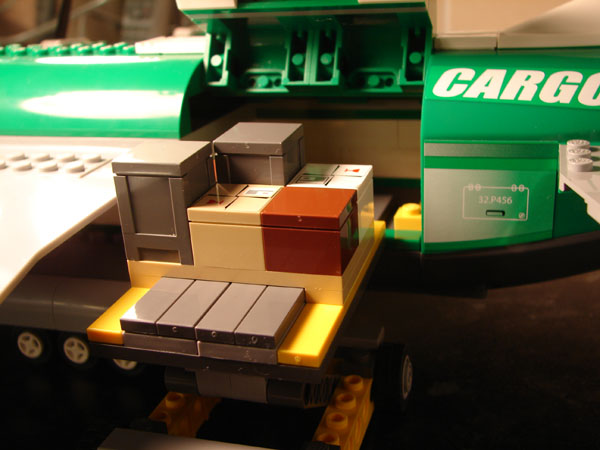 The plane’s structure is built with six longs pieces attached with the usual little technical ticks and then the white bricks will rise until the roof. Obviously the cargo plane has no kind of windows and the roof will open partially through a technique but simple mechanism that will let store the goods in the plane and of course will increase the playability. 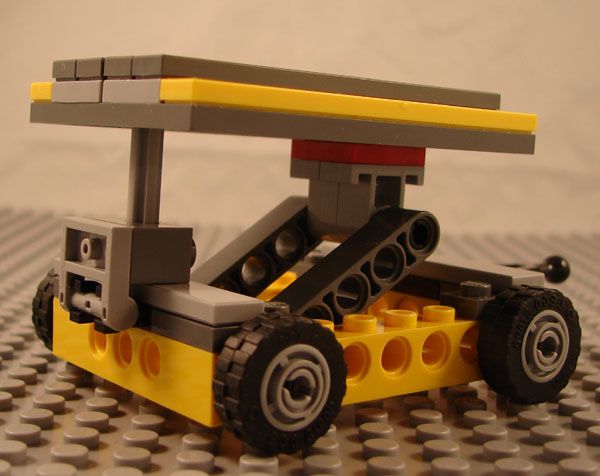 The central part of the plane could be better used. It is a single and dead space which will have no kind of utility. Of course we can always use the imagination, but standard, it is a closed room. Finally some notes for the single but extremely realistic peaces (the nose, the tail, and even the engine are very well designed.

If necessary, the instructions can be found right here: