The mail van is a 2008’s set and according to the internet prices, it is almost a rarity. With less than seventy pieces, it has a mini-figure (a postman) and a couple of nice accessories such as the mailbox or even the two letters. It has a great playability not only because of its size which fits perfectly in the hands of a child, but also because it integrates quite well in any town.

The red mailbox is an added value and its base is surely a very rare piece. The chassis of the vehicle makes me remind the old school (the 6629 ambulance for instance…) and its wheels are smaller than the usual size of the city vehicles. The small cab has a decent seat for the driver but unfortunately has no side doors. 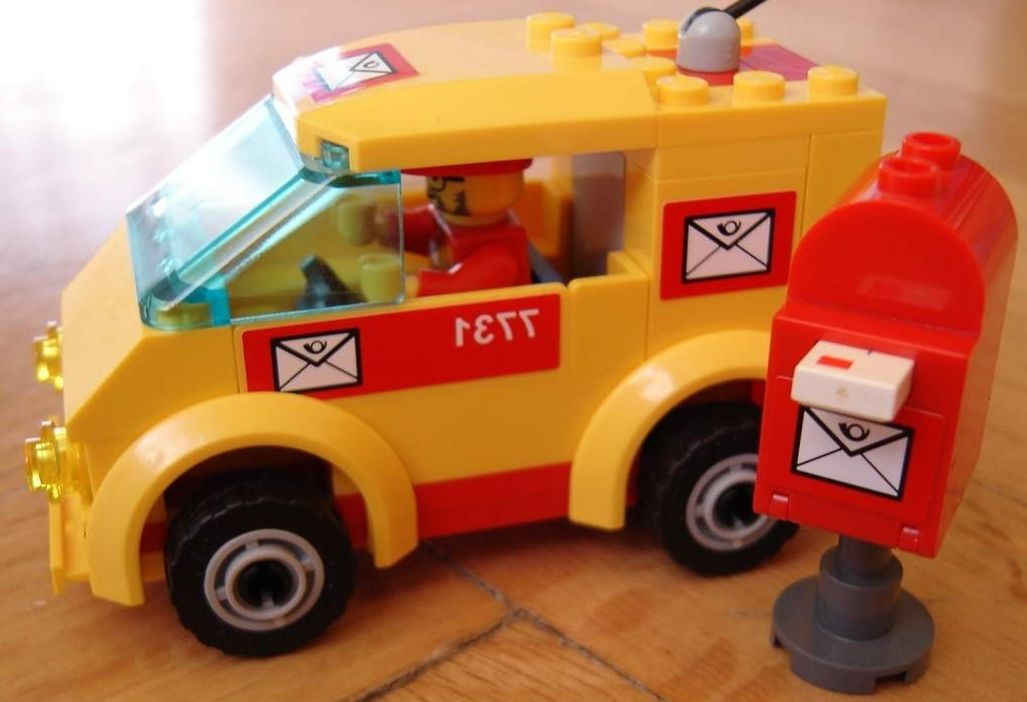 At the back there is a small trunk to transport the mail and I must say, once again, that it makes me remind the eighty’s, because it has the old doors that were car doors or house windows according to the sets. But the final result is very good and the roof is also easily removable to give a better access to the cabin. 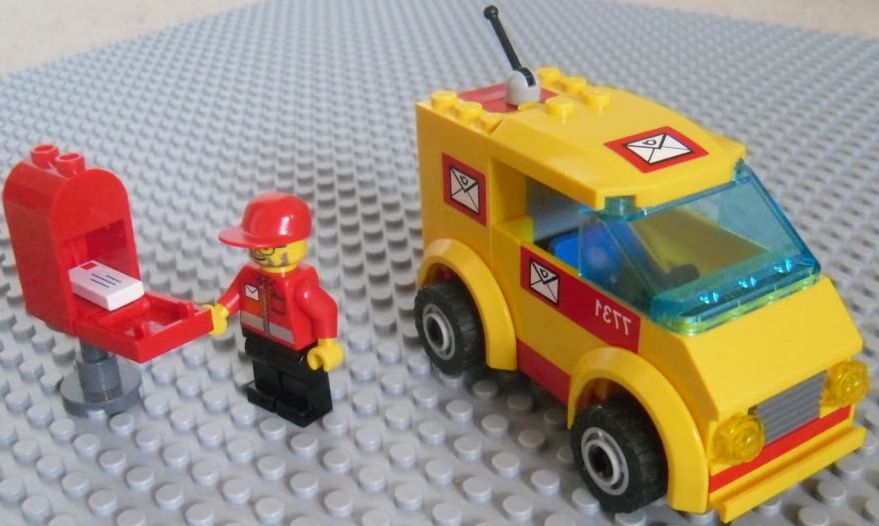 This small city vehicle is a nice acquisition but in my humble opinion doesn’t worth the price. It is almost impossible to find it on stores and in the internet the price can reach the thirty dollars or even more. The instructions can be found in the following link, if necessary: