The Off-Road Fire Truck and its fire boat is a 2010’s set with 3 firemen, a big off-road truck, a rescue boat and a little ATV. It is a good acquisition for the fire team because it has an enormous potential in terms of playability. The truck’s crane is surely, in my opinion, the main character of the show.

The truck is larger than the usual city vehicles as well as its wheels. When you build it you will notice that is done in separated parts. The base, the cabin and the wheel’s axes with the crane are assembled in separate parts. The cabin is large enough to have two seats which is unusual. In the middle, there is a small control panel that gives the man all the information they need to do the job. 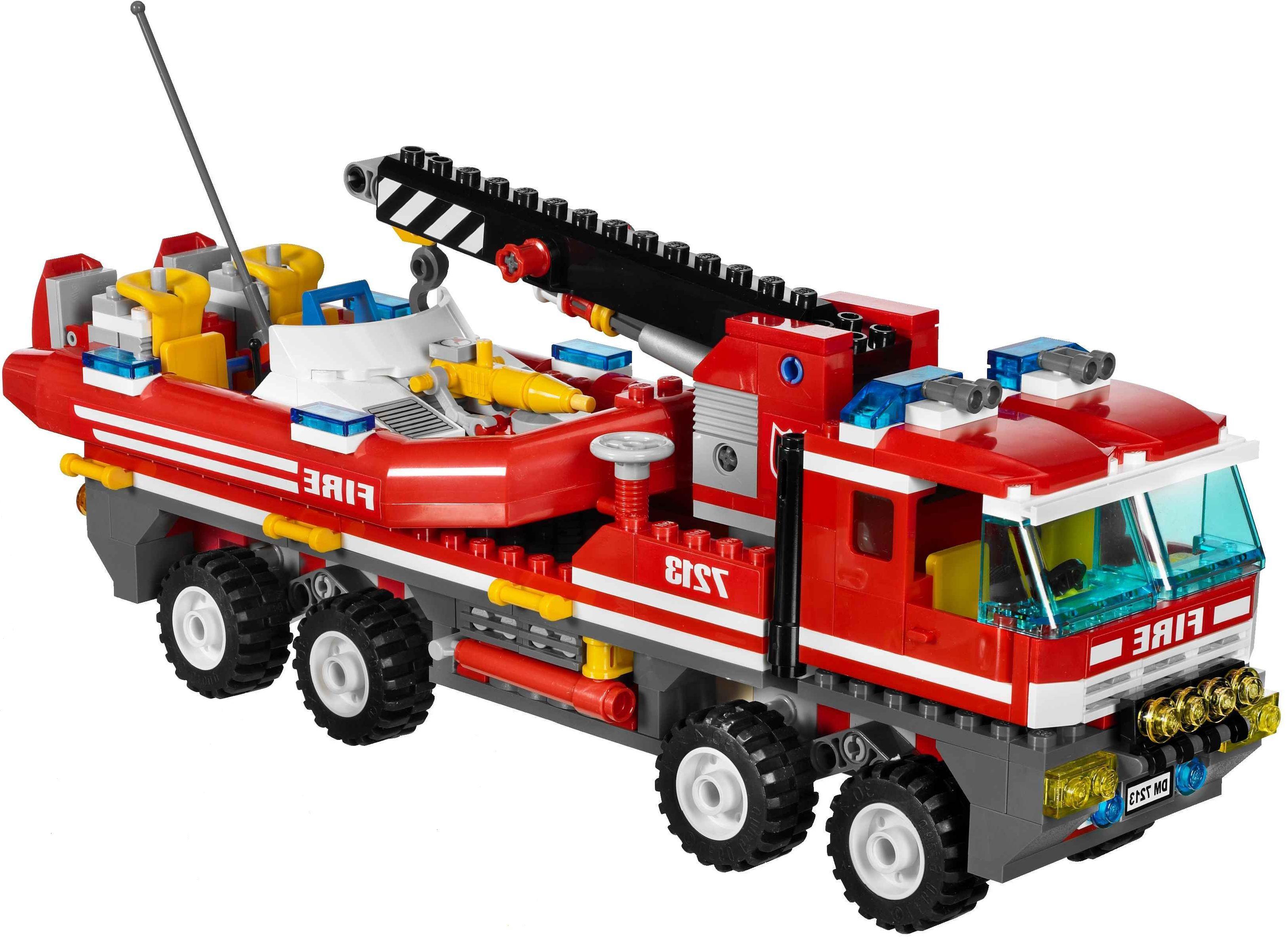 The windshield is composed by two twin pieces, common to many city sets as well as the roof. Perhaps both details deserved a single part. It would be better in my opinion. On the other hand, the wheel’s axes are ideal for an off road task. Separated axes, composed by technical pieces will surely handle very well and give the truck the enough strength to face the obstacles. 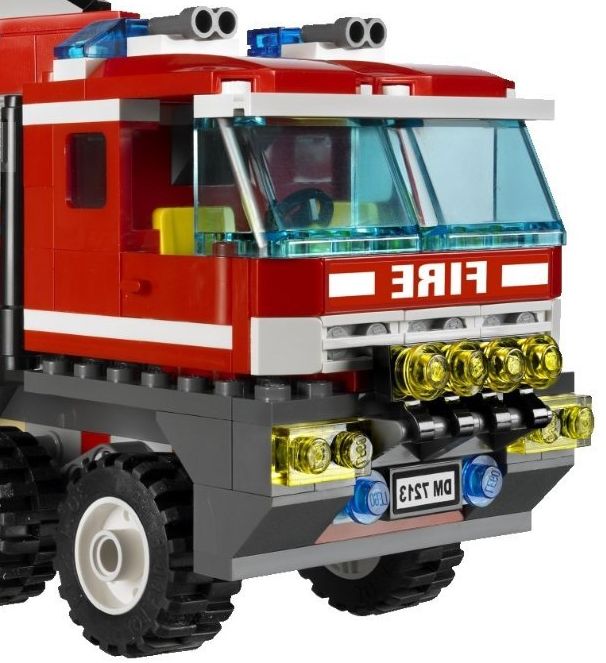 The crane, built with technical pieces, rotates 180 degrees and handles very well with the boat’s weight, when stopped. Unfortunately it has a small problem because when it is rotating, it easily jumps off the base. To minimize that you have to hold the base with one hand and rotate the crane with the other. And looks like I am not the only one that complains about it.

The AVT is the same of other sets, it is very easy to build with no more than twenty five pieces and it is always welcome to the city. This one even brings an extinguisher and a blue lamp. The inflatable boat has place for the three firemen, because it has two seats and a water cannon position. 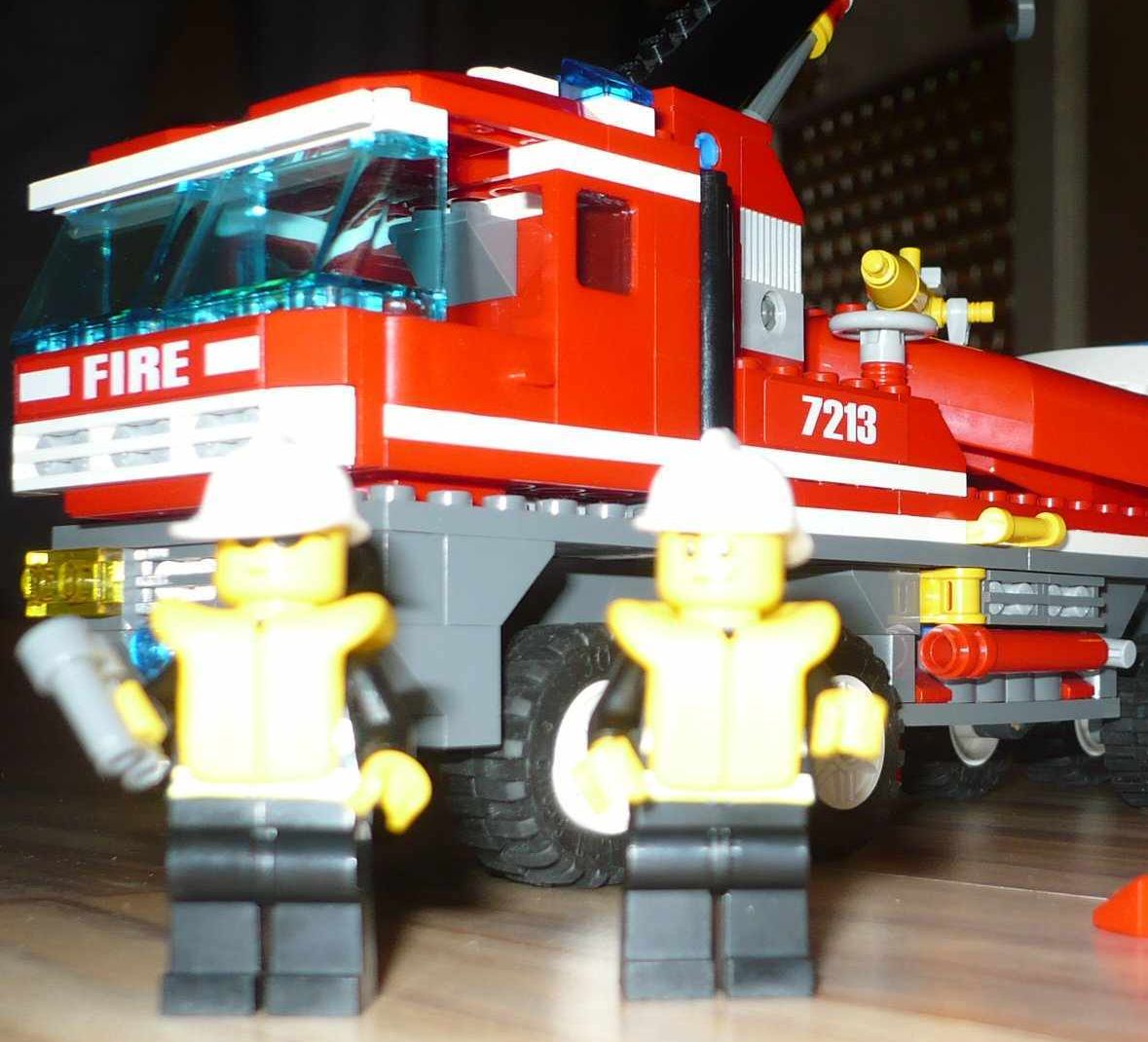 The boat also looks powerful because it has two twin engines with plenty of horse power. When it is not in the water, it attaches perfectly to the truck. Finally if we think about tools and accessories we can find in this set some axes, walkie-talkies, life jackets and much more. For about 40 dollars, it looks like a good deal to join the town. If necessary, the instruction can be found right here: