The fire rescue boat is a 2010’s set and is a good addition to a fire theme, especially if you have a harbor. It has four firemen and more than three hundred pieces. Lots of features and fire accessories compose the set, giving it an enormous potential in terms of playability. Besides the big boat, the set has also a yellow small but fast boat.

Starting by the big one, its structure is a single big red piece where everything is based. At the deck level there is the communication and rest rooms. The first one has three control panels and a yellow seat. All around there are milk cups (four at least) for the firemen. Next to it there is a bed for the firemen’s rest. 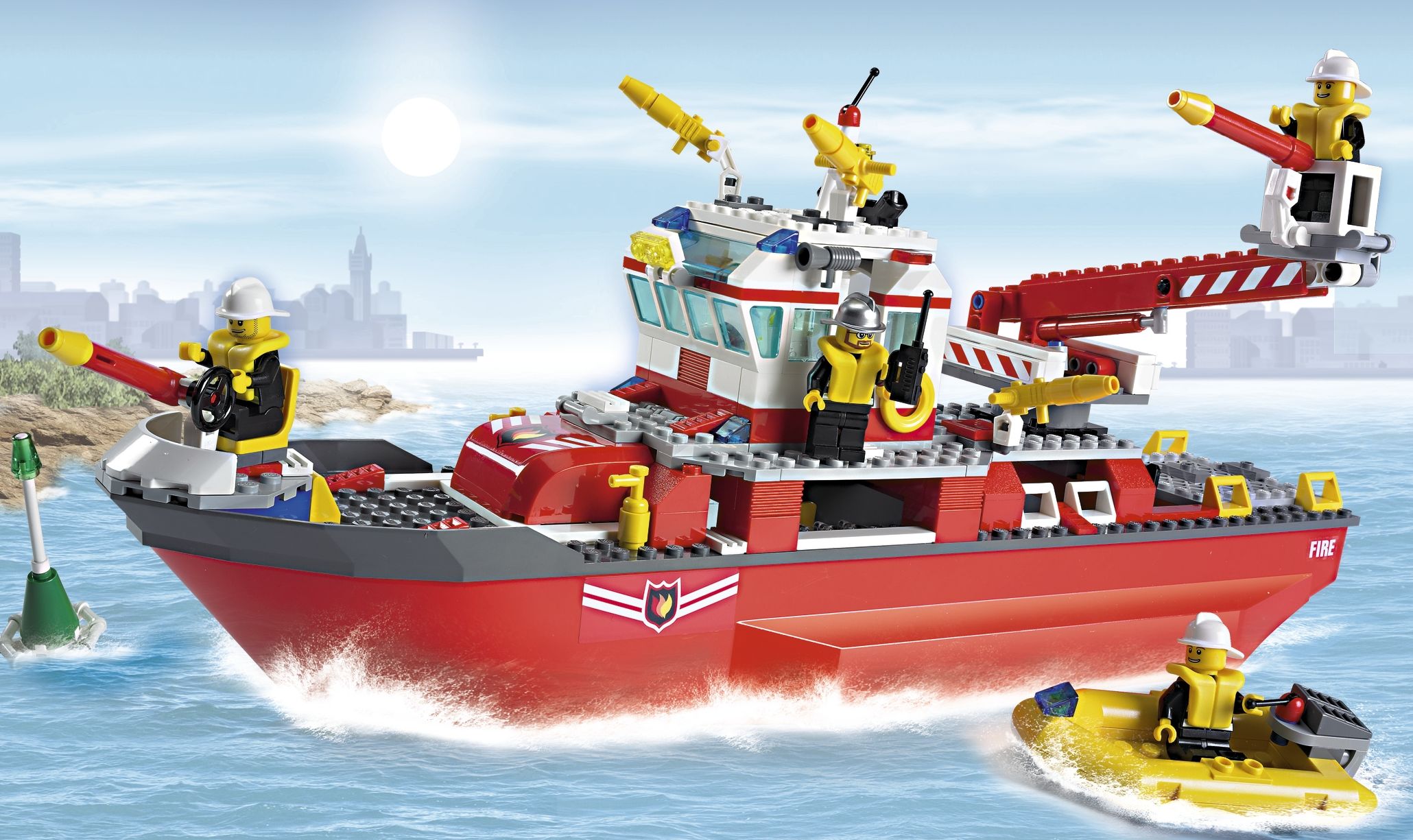 Behind the communication room, there is an empty space, where some additional quarters could be added in here, in my opinion. Above this, we have the yellow boat support structure and the main cannon tower’s base. The rest room is covered with a tipper door which lets access to this part every time it is necessary. 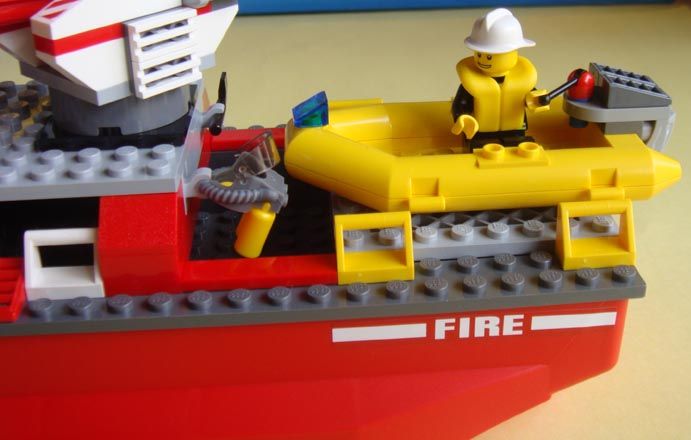 Above the communication room, we have the wheelhouse with two control panels and plenty of glass all around. This room is quite big (two fireman can be comfortably here) compared with some similar boats (the 4645 harbor boat, for instance). Its entrance is quite unusual because it is an arch piece. The roof is also tipper which allows a better access.

The central cannon has a big range because of its extensible arm. This arm turns around 360 degrees and is basically composed by technical pieces that allow it to reach further in case of emergency. It is a similar mechanism of some fire trucks (7945 for instance) with stairs. Besides it, there are other four cannons: two in the cabin’s roof and two in the deck. 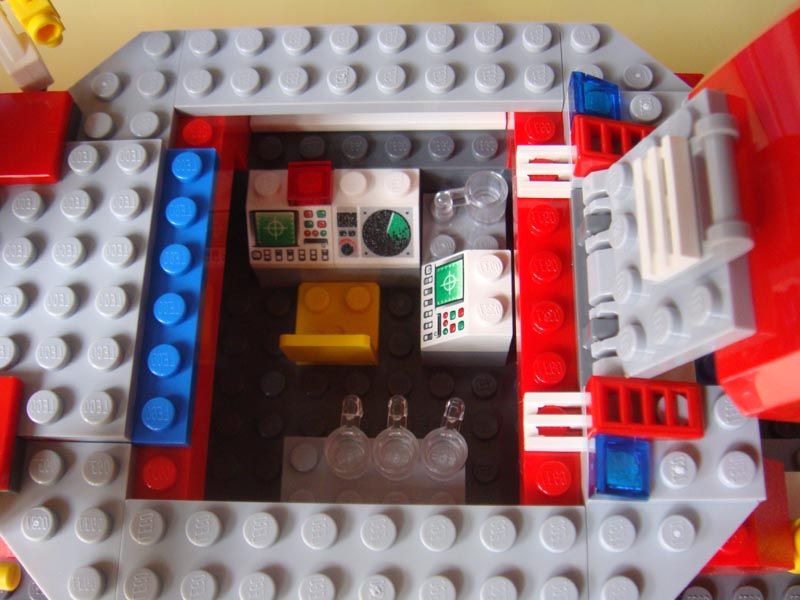 Finally there is the yellow boat that has an unusual engine handle control. This boat is similar to many other fire rescue boats and the only difference is its color. Talking about the mini-figures, they are ordinary firemen, all with life jackets, and have at their disposal lots of tool: extinguishers, walkie-talkies, oxygen masks and much more.