Those who really enjoy the Mine collection, released this year, will soon have the possibility to buy the main sets in a single pack. If you can afford it, two hundred dollars will be enough to purchase a package that contains five individual sets, on which the mine (Lego 4202) has a special highlight because in terms of size is surely the biggest.

The pack has also other four interesting sets: the little 4×4 Mining (Lego 4200) which is always a good addition to a town, the gigantic Mining Truck that according to its size won’t be able to move on the city roads, the excavator transporter (4203) with a very long truck and a competent excavator and finally the Load and Tipper (4201) with two small but interesting mining vehicles. 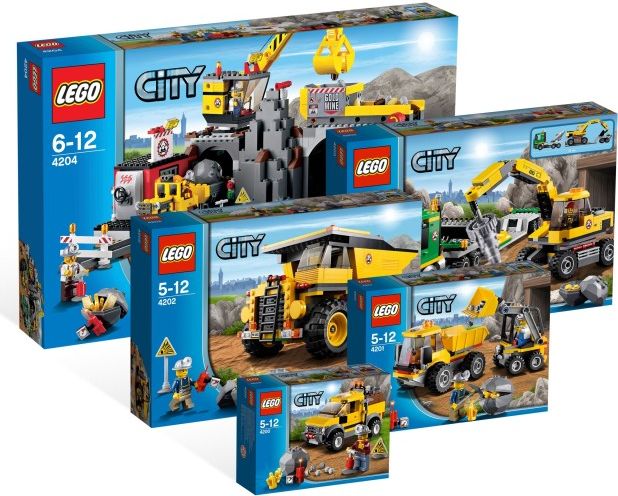 Is it a good deal? According to the individual prices, I don’t think so, because the total saving will be rather small (10 dollars are not significant ) and on the other hand, probably there will be one or two vehicles that we don’t like that much and will be forced to buy. Let’s wait probably for Christmas and check the final retail price.

Have a look at the several sets that will be available in the pack: