This set is not bad but could be much better in my opinion. Comparing it with the 2007’s harbour (7994) or even the older 6542, I have the sensation that not only there is nothing new but something in this set’s theme is gone. Starting by the mini-figures, only four, which is surprisingly low at this price range.

Comparing with the older one, it looses in number of vehicles and playability features, and when I look to the 7994, immediately I see that the grandiosity is gone, especially when we focus on the boat and in the crane’s tower. To be fair, the harbour’s building is bigger is this new one but it has a naked structure (makes me remind some building parts of the fire station, 7945. And of course, it has the rolling conveyor. 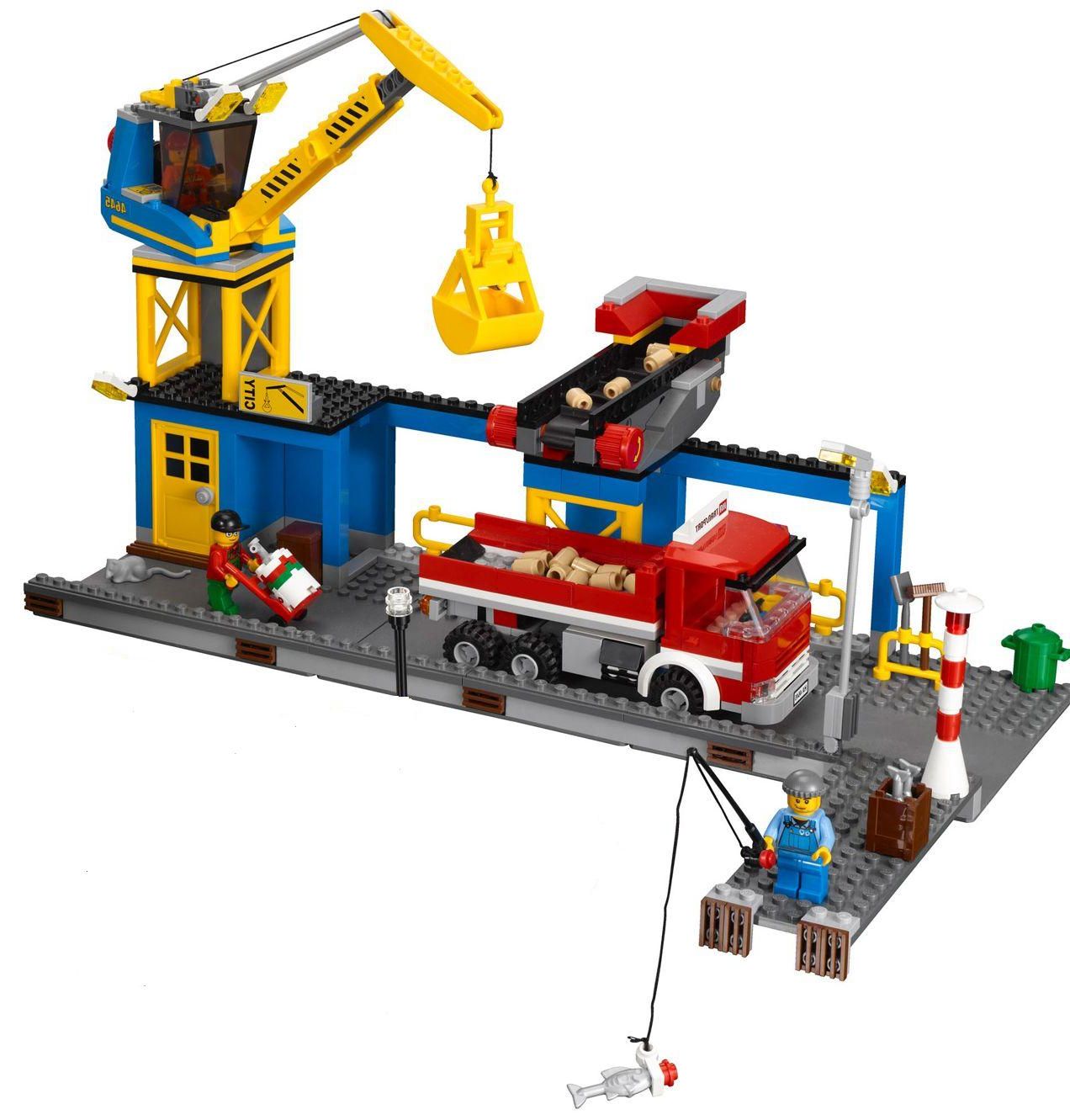 The harbour’s road as well as the tower’s construction is based in three long plates and a fourth one, perpendicularly, in the end that allows the fisherman to catch a good meal. The crane is quite simple but with some good technical pieces it efficiently can remove all the cargo from the boat and put it on the truck. 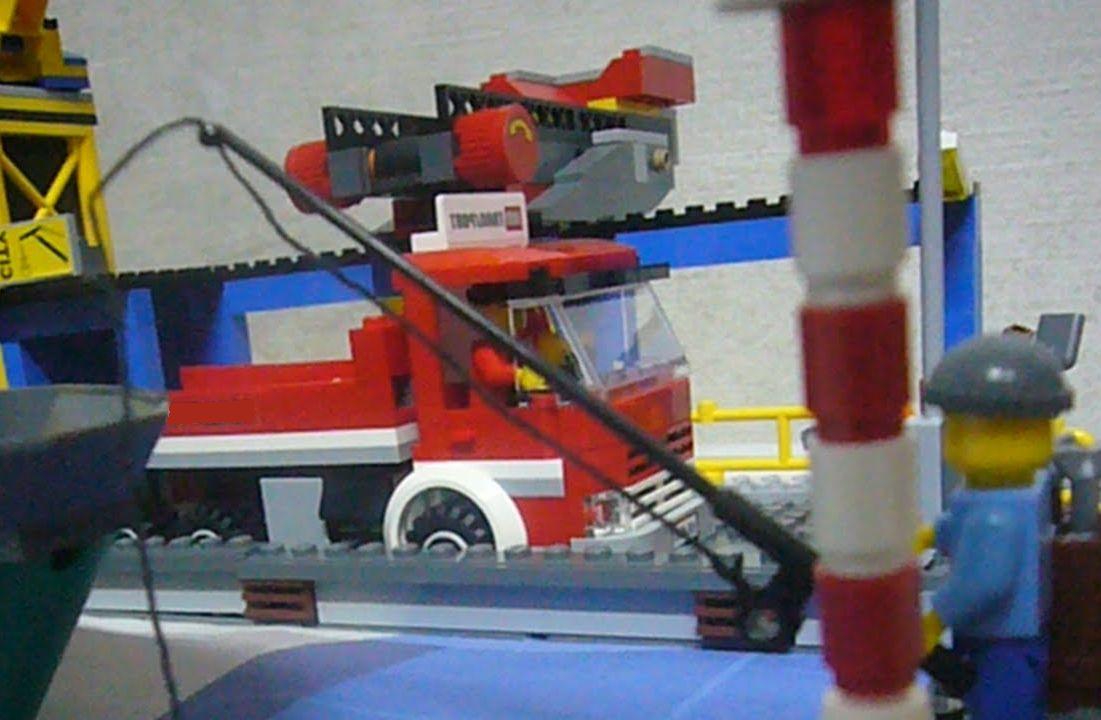 Besides that, it has some nice details, but I guess that would be the minimum required: A couple of garbage can, a street lamp, a dog, a couple of lamps in the building’s edges, a small lighthouse, a box for effort’s result of the fisherman and some tools for the harbour’s workers. Nothing much, I would say.

Talking about the boat, it is big but easy to build. Actually the boat’s structure is constituted only by two big pieces. The boat’s deck has two big compartments separated by a fence piece, where the cargo is transported, and a third one will be the base of the bridge’s construction. At the bow, a big flashing (not…) lamp marks the boat’s presence. 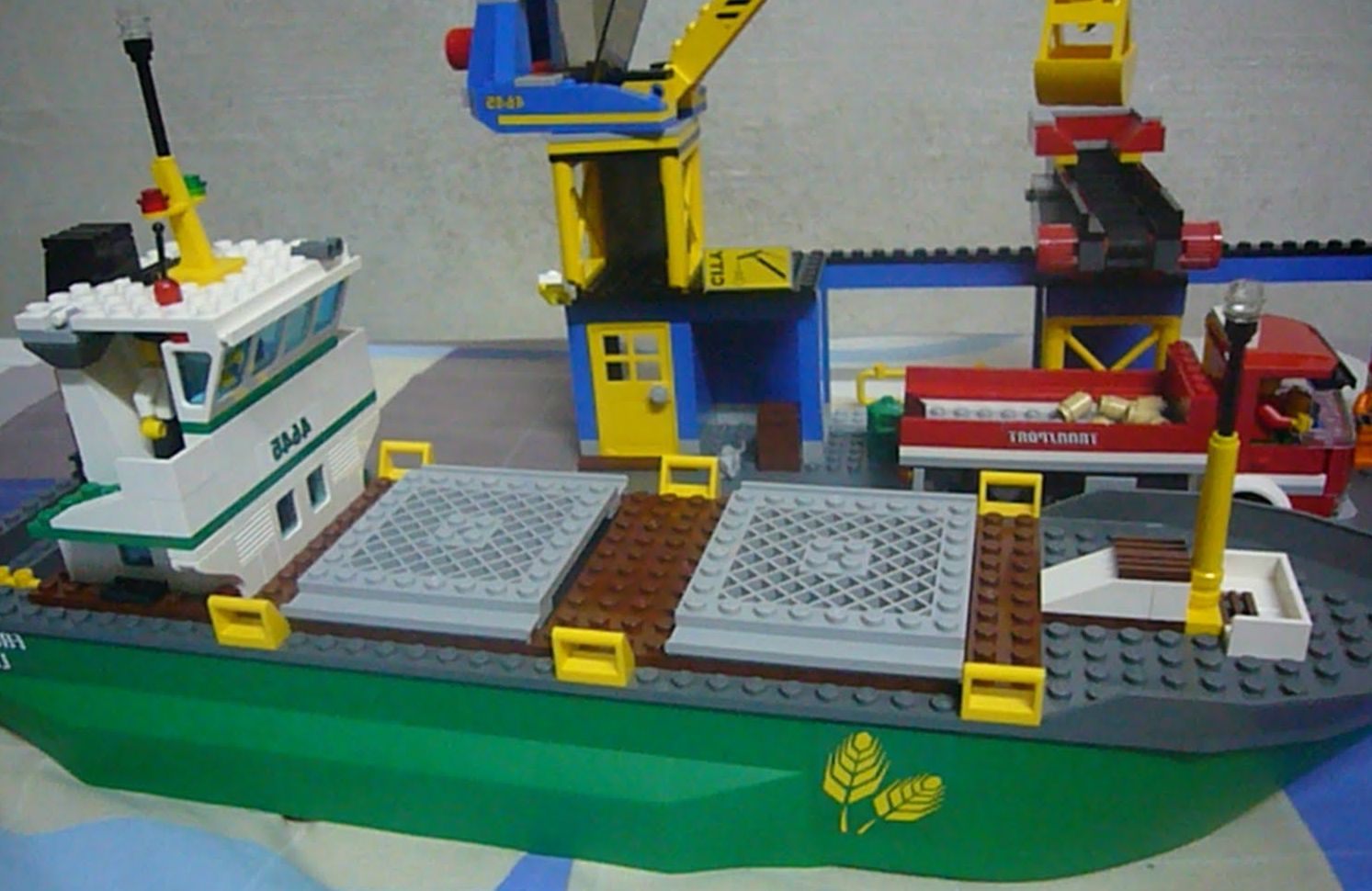 At the stern, we have the pilot’s quarters and the bridge. I guess that this part of the boat is very simple and at least it could be bigger. The quarters only have room for a bed and nothing more and the bridge is rather small. One other negative detail, in my opinion, is that there is only a steering wheel and a radar, which seem very few control instruments. And poor pilot, he doesn’t even have a seat.

The truck has an ordinary look with some nice features and details but also with parts that could be improved. Starting by the cabin, its one of the most naked cabins that I ever seen. Only a steering wheel is present. Where is the seat, where is the cup and its support? On the other hand, it has side doors, that I personally enjoy, and a new windshield hold piece. Besides that, the truck worth for its color and for the tipper’s mechanism. 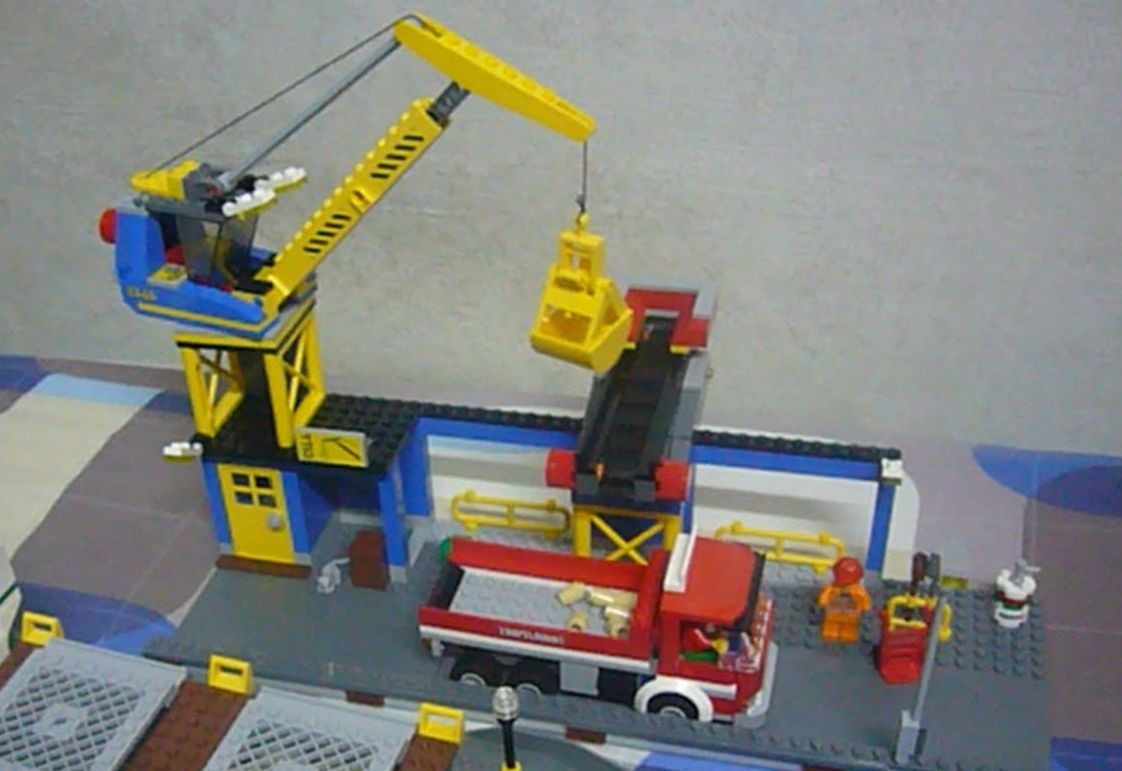 Conclusion: This expensive set could be better. If you look at it singly, you probably think that is a nice set with interesting features, but if you remember the old ones (even the 91’s, 6542, and start comparing them you will notice that the other two have much more things to play with: number of vehicles and boats, number of mini-figures and most of all a better final look. If necessary, the instructions can be found in here: