The fishing boat called Annabell (worst name was difficult…) is a 2011 set with two mini figures (basically two civilians), plenty of stickers and a shark. The boat structure is a single block that gives the boat a solid look. Besides that, it has a nice design with some interesting features in terms of playability, although, putting it on the water might not be a good idea. The boat floats quite well but doesn’t have much balance.

First of all, it has the same size of the Lego 4643’s boat which means that it can also be transported by its truck (of you own the set, of course). It has two floors, the sea floor is where the cockpit structure is based. Bellow, there is a store zone where normally I put the shark in order to don’t loose it. If the shark is in the water the seat built at the rear can be moved to this area in case of storm. 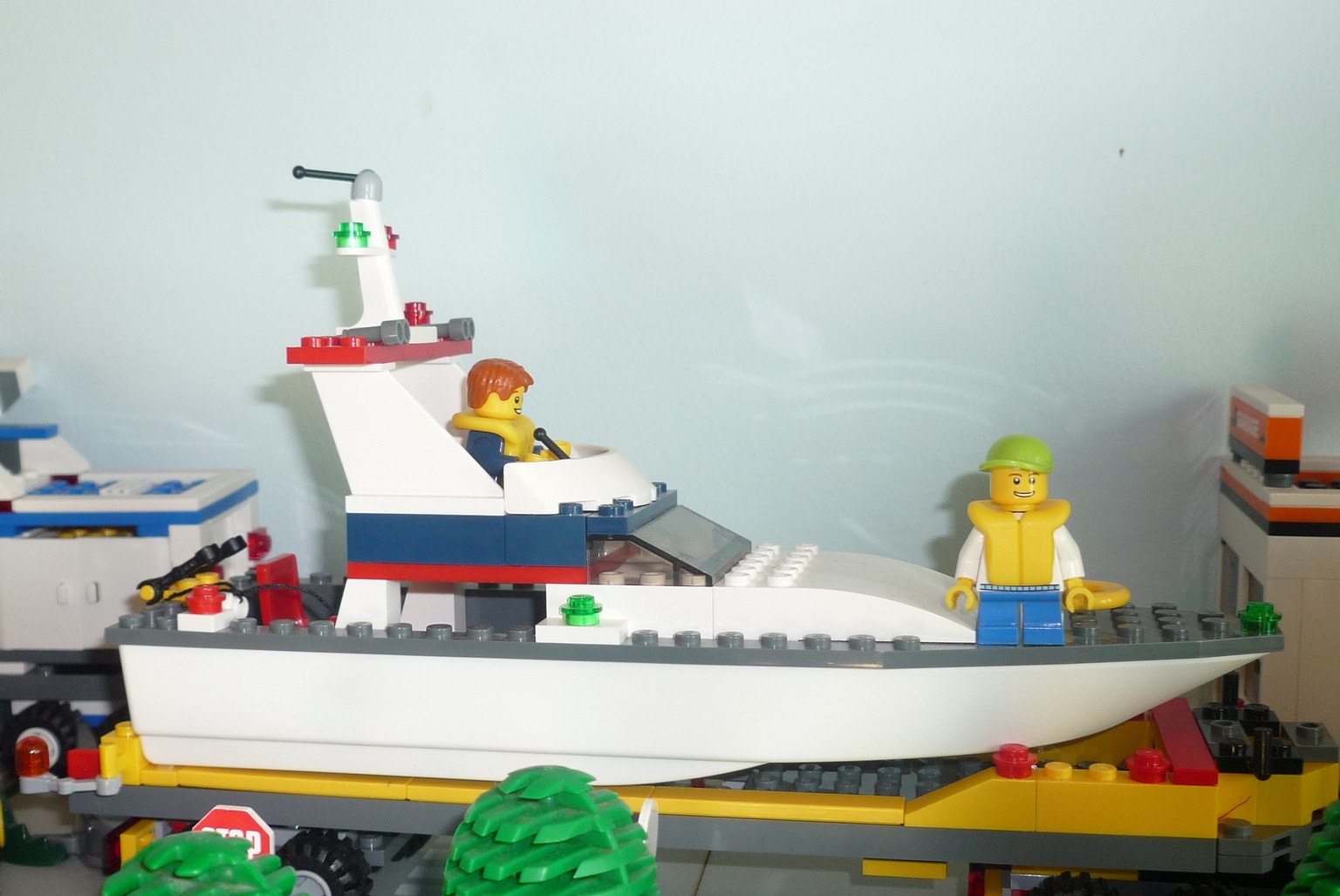 The cockpit is built above, in the first floor where the pilot has a better view. It has a small board with the navigation instruments. However in my opinion, one or two levers are missing, how does the pilot accelerate? If we forget that, the final result is very good because above it still exists the antenna platform with a couple of lights and horns. 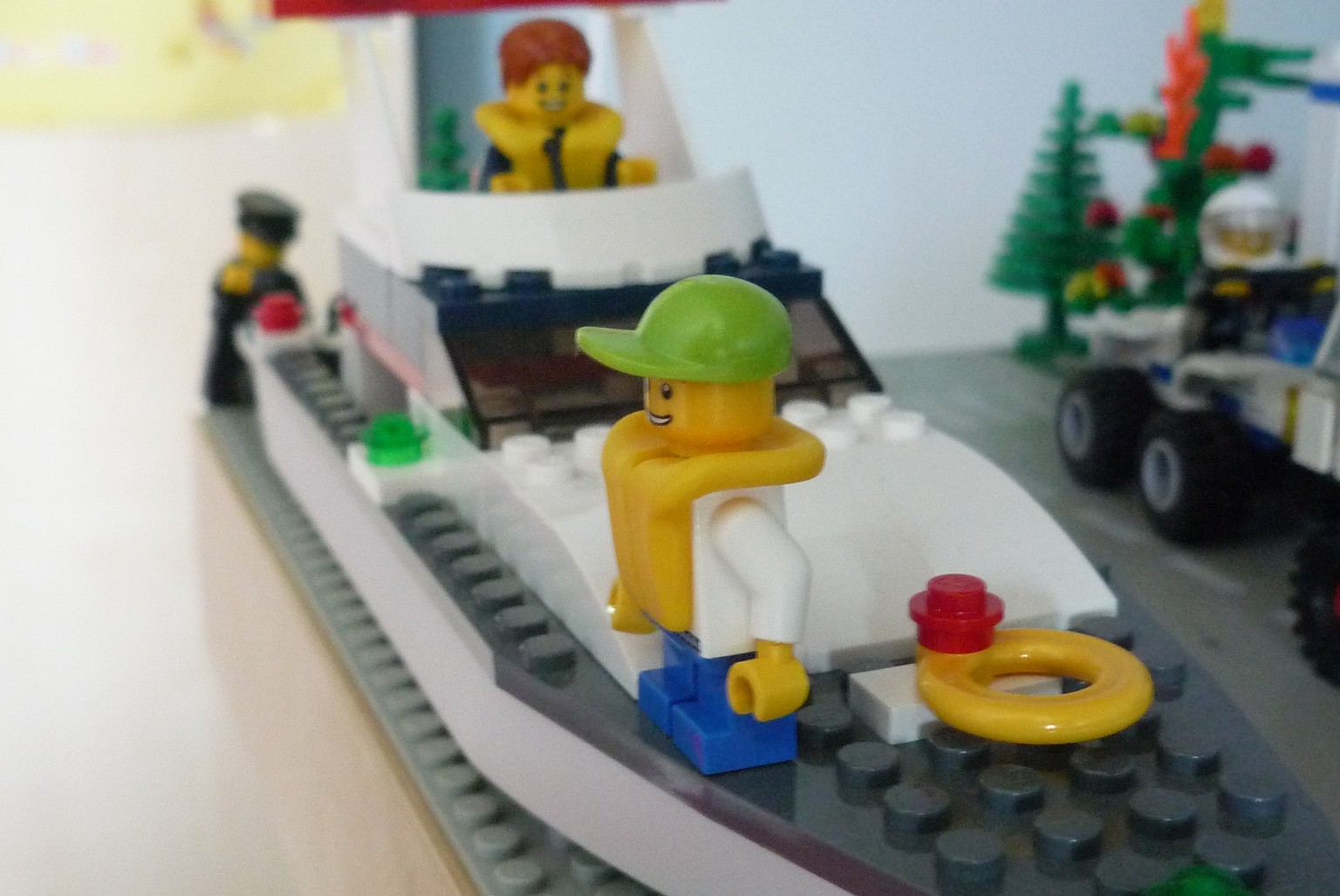 In terms of playability the set brings some accessories. Besides that it can interact with other sets, it has a life float in the bow, a fishing rod (I wonder if that is with it they caught the shark…) and a small fish (any fish side by side with the shark is small). The fishing rod can be attached to the boat at the stern. 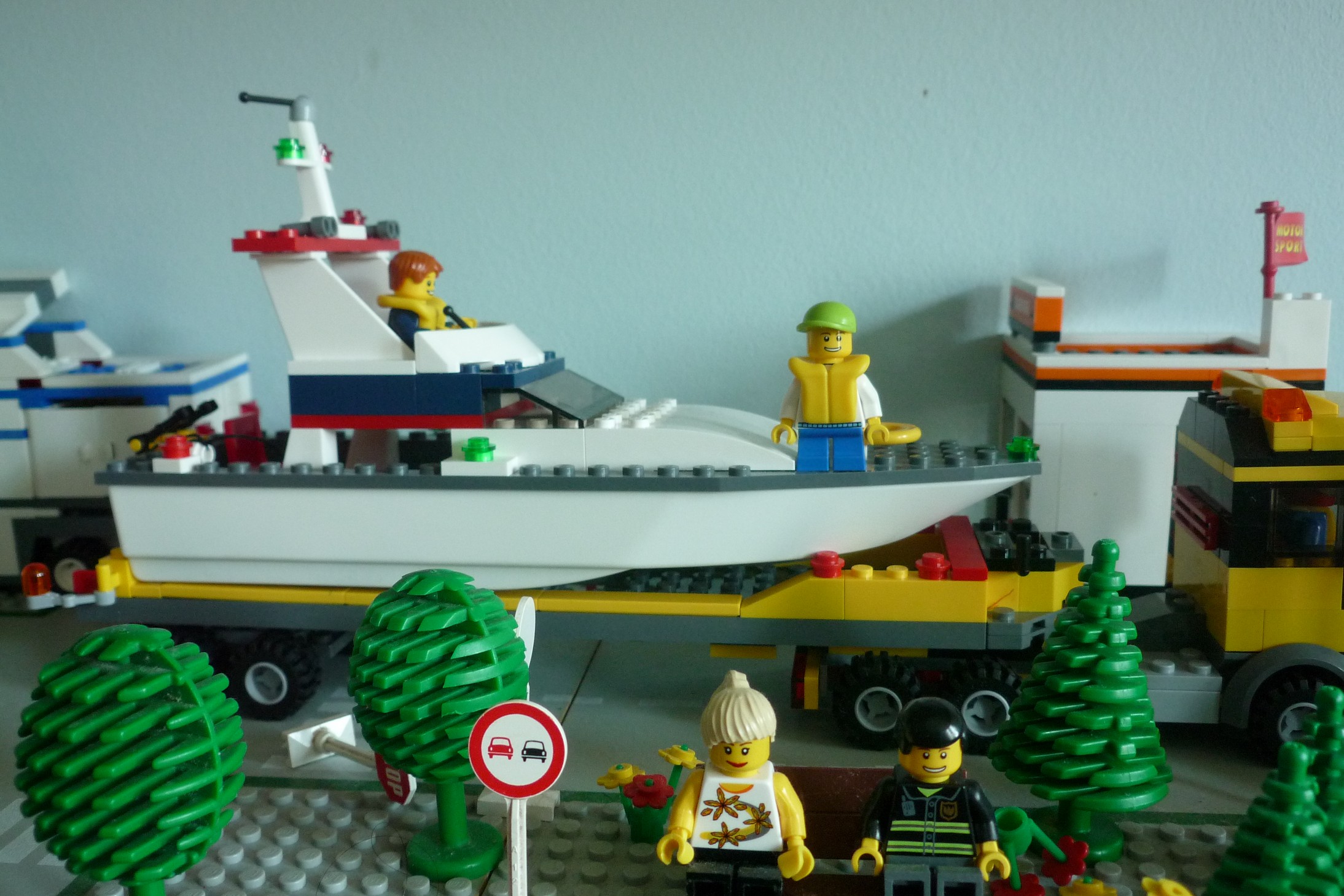 The set is not expensive (about fifteen dollars), if you really like it, but given that it has only sixty four pieces, the cost per piece is too high. Although the final impression is good, it has a nice playability and looks good in any harbour. If necessary, the instruction can be found right here: