The Glider is the most recent promotional set of the 2012 city theme. The set has two mini-figures (a pilot and a female driver), a small convertible to tow the glider, an interesting but very simple trailer and of course the glider, which is obviously the set’s core, and of course a nice addition to the airport.

The vehicle is similar to many other city cars. It is easy and fast to build and the final result could not be simpler. It has no doors and no seat for the driver and It doesn’t even have the traditional hood piece. This time, to recreate the engine, Lego decided to use a simple 2*2 small piece. A back spoiler is a nice detail because without it the car would surely enter the ugly category. 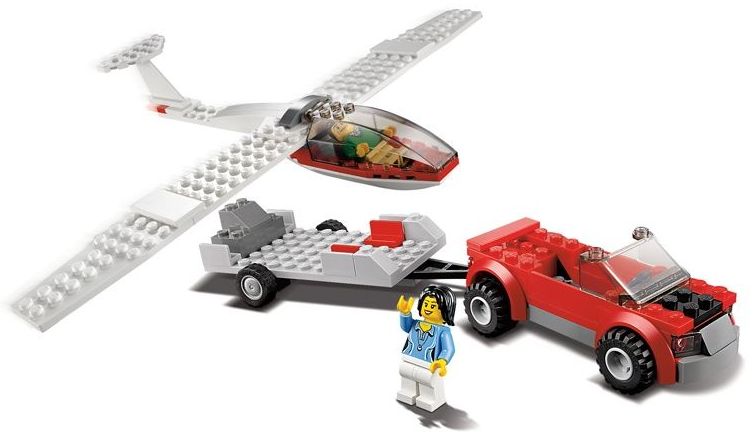 The trailer uses the usual tow mechanism to attach to the car. A long plate is used to be the bed and with simple side pieces, the structure will provide the glider a nice balance when being transported. The wheels are also smaller than the vehicle, which is a feature that is commonly used is many trailers. Finally a rear block will ensure that the plain won’t fall from the trailer when the convertible accelerates. 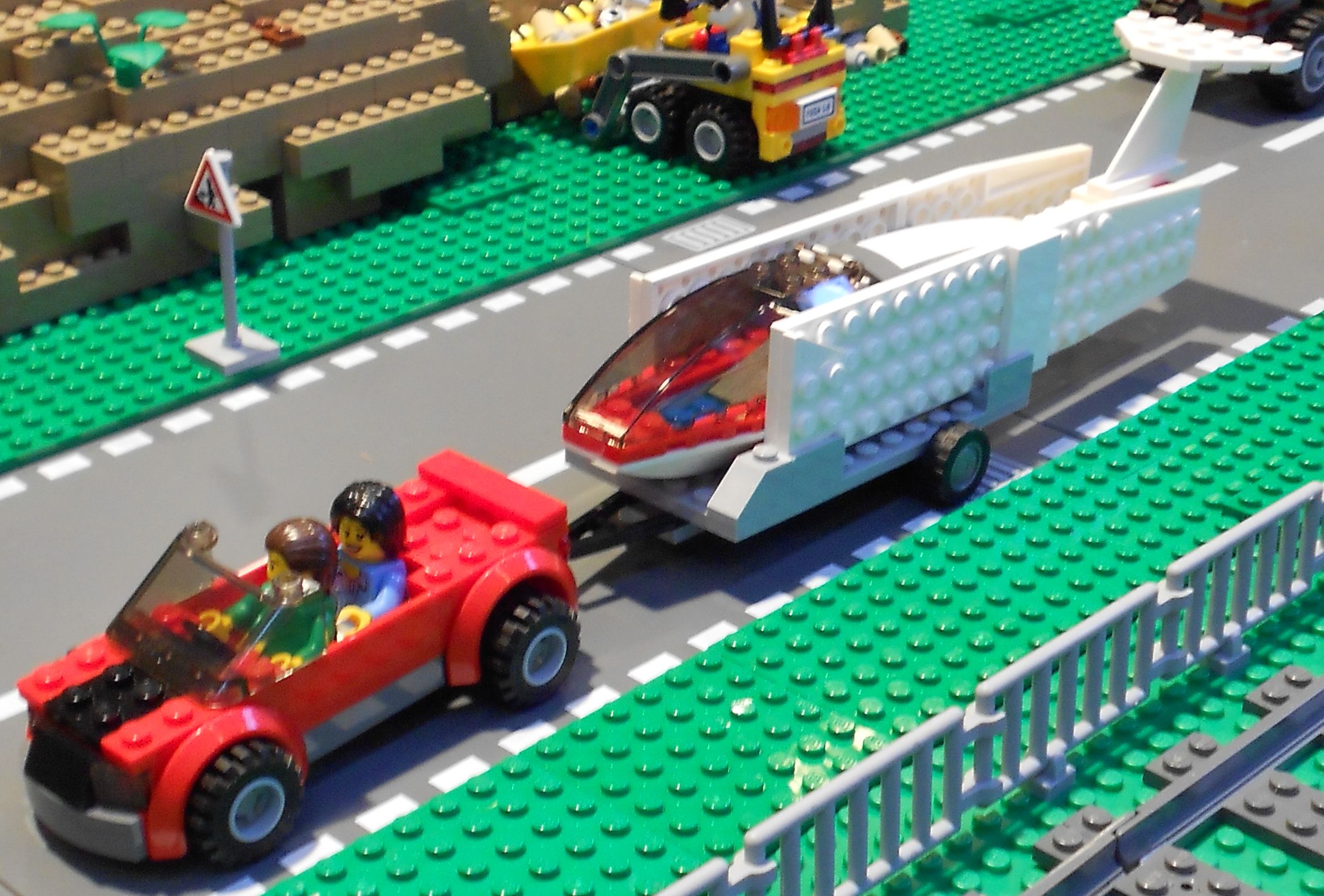 This trailer is also a nice addition to the city because with some minor modifications, it can easily transport many other city vehicles. On the other hand the glider is wide, very wide and moreover it can only be transported with the wings out, otherwise it will not pass through other vehicles or buildings.

Its structure has nothing much (as it would be expectable in a 19 dollars set), the cockpit is quite nice and realistic because the pilot flies lying in the cockpit. My only doubt is if inside there is a small lever for the flight controls. Besides that, the wings are four long pieces attached in the middle and the tail is an extension from the middle of the glider. 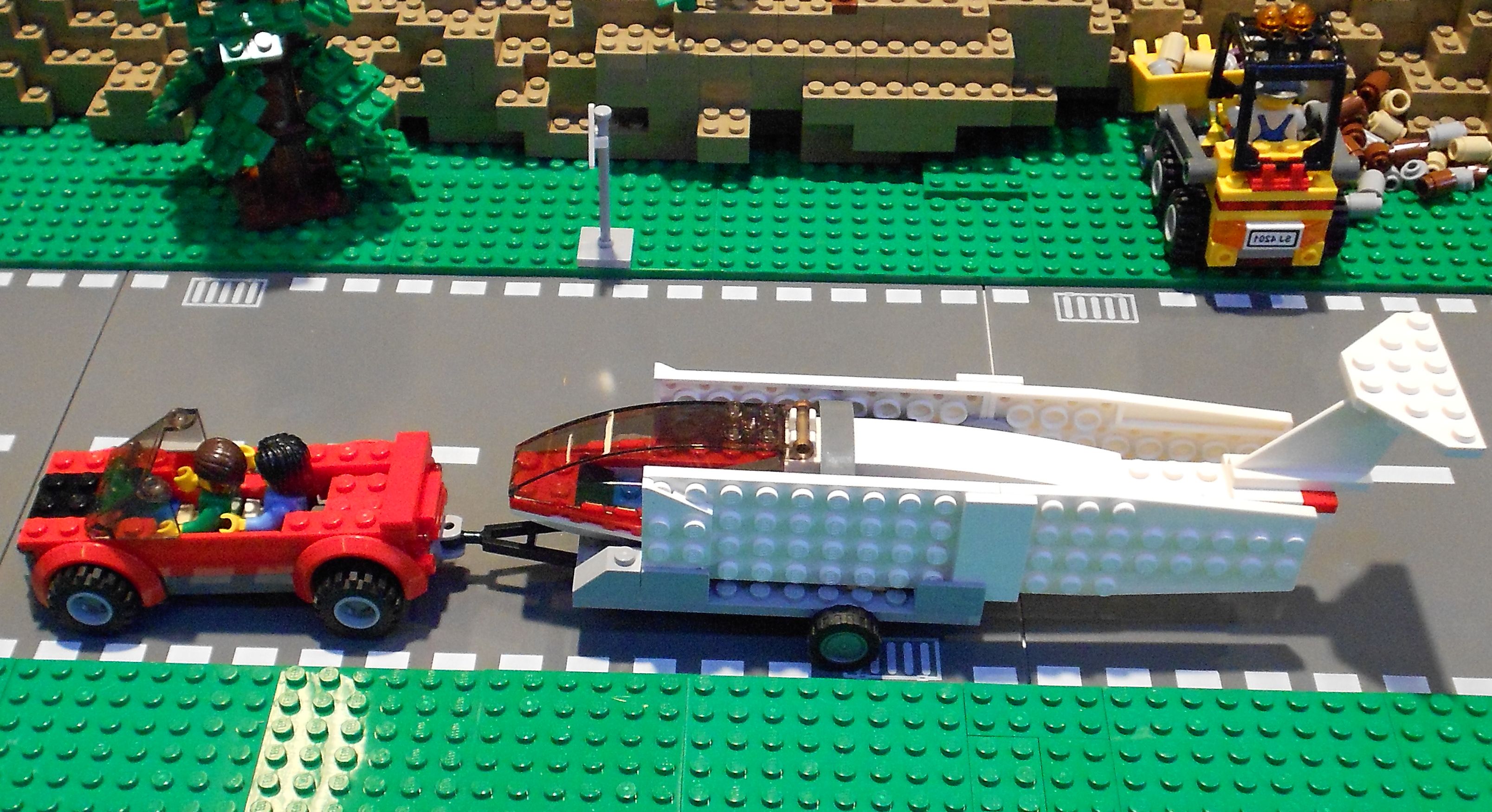 When being transported the dismounted wings have side supports in the trailer that will ensure that they don’t fall to the road. And the best of all, plain and wings fit perfectly in the trailer. The set is already released in some airplanes companies and can be easily ordered.