The next Advent Calendar, that will be released next autumn, promises to be a good addition to several themes in the town. It will bring about two hundred and fifty pieces that includes seven mini-figures: two firemen, a firewoman, a Santa Claus, a worker and a couple of young fellows.

The fire station is quite well represented because the set has plenty of tools for the fire workers: an extinguisher, a small ax and an oxygen bottle, divided through three walls are surely a good addition for the fire-station. Besides that bunch of instruments, the guys also have a small desk with a computer, a hatter for the helmets and a nice ATV.

Continuing, the repairman has also plenty to work with. He has a powerful chainsaw to cut some wood, a wheelbarrow with a shovel to transport the mess, and a couple of street lights to warn the drivers about the roadwork. On the other hand, the kids (yes, the figures have smaller legs than usual…) have plenty to play and to dream with. They can play with a nice car and also with a snow ball launcher. 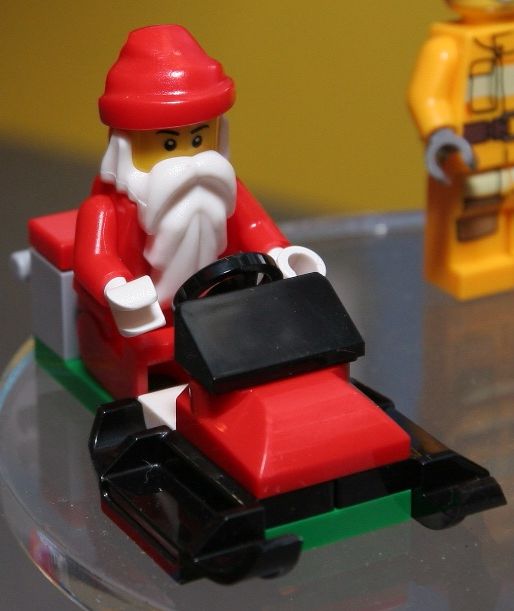 And Finally they can dream with their present in Christmas Eve because the Santa Claus with its snow sleigh (where did the reindeer go?) will surely distribute the presents (there are two in the set) all over the village. The sled using few pieces, as usual in this kind of sets, is very nice and it even has a small trailer. 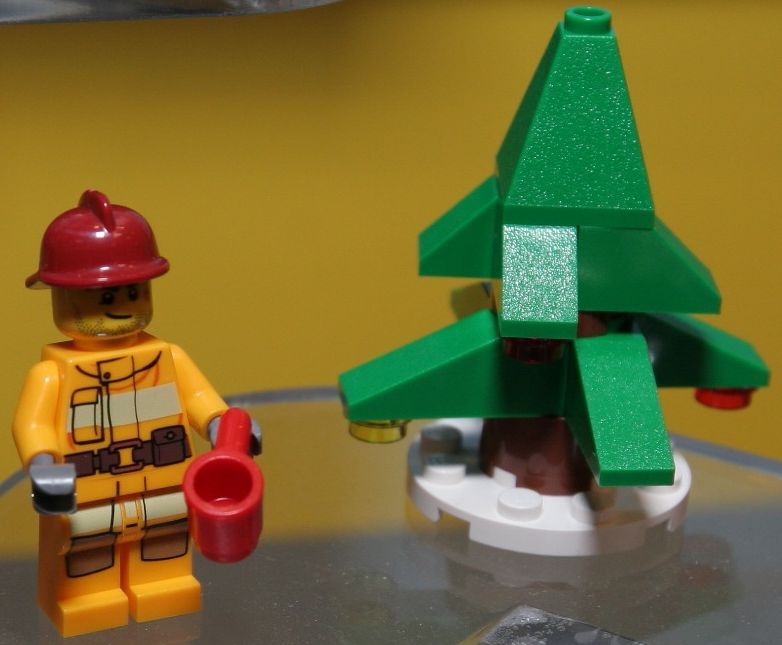