The Mine is a set that will be released in the second half of 2012.  This will be perhaps the biggest city’s set released this year because it will have almost seven hundred and fifty pieces, four or maybe five mini-figures and plenty of playability. The several photos available in the web show plenty of features as well as a huge diversity of vehicles.

Starting by the vehicles, this set has a green tipper truck with a big trailer, a drilling machine that will wear the rocks, a train with a small wagon that will transport the rubbish and the big stones out of the mine and a small wheelbarrow. But the fun doesn’t end here because, besides them, there is a crain that will deliver all the gold and ore on the trailer’s truck. 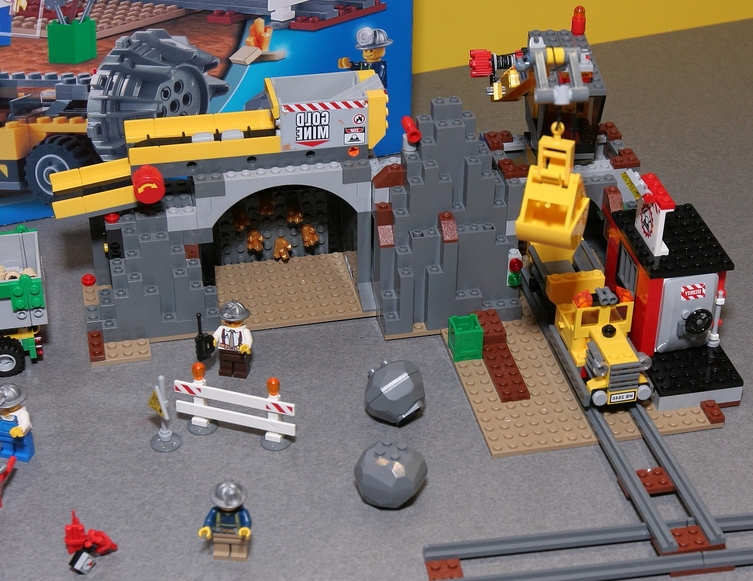 The yellow train is small but quite, its wheels are really small and the wagon is able to transport a good quantity of gold. Next to the train’s entrance, there is an impressive safe deposit with a big large door. When the train arrives to daylight, it has the crain waiting for unload it. The crain is similar to others, present in other city sets, and has the capability to turn the 360 degrees. To have a better access to the cabin, the roof is easily opened with two technical pieces. 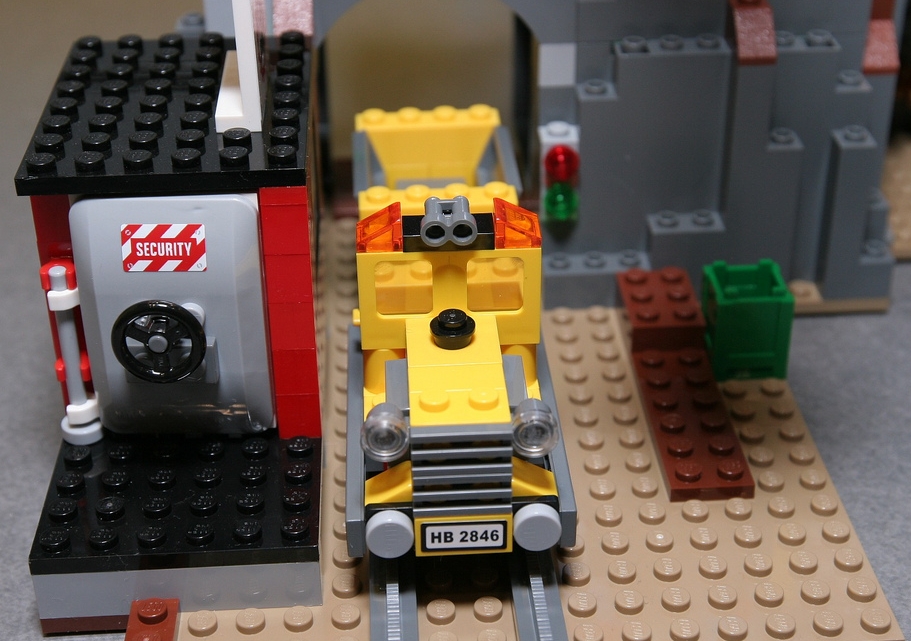 The green truck generally is similar to other trucks but have some details that make it unique. The cabin has a straight design with no doors. Actually is the same for instance of the 4643, powerboat transporter. The differences are in the trailer with the side reliefs and the tipper mechanism. 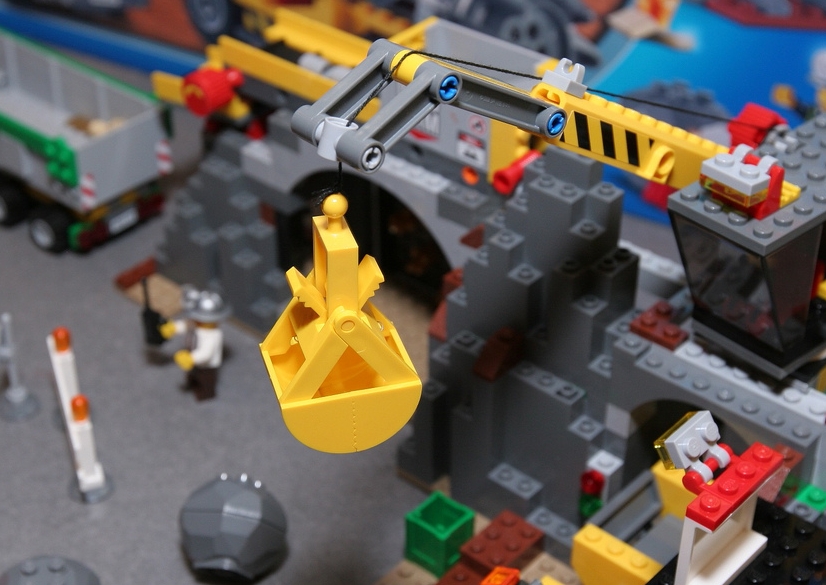 The drilling car is robust and gives an image that can crush everything. The wheels are bigger than the average size, and in the front there is a big rotative black drill. Just behind it,  there is the big engine and the driver’s seat. Of course, the good old red coffee cup could not miss. One final note, the driver is a good acquisition for the mini figures collection because it has a miner’s heat with a little lamp on it  (I guess all the workers have it). 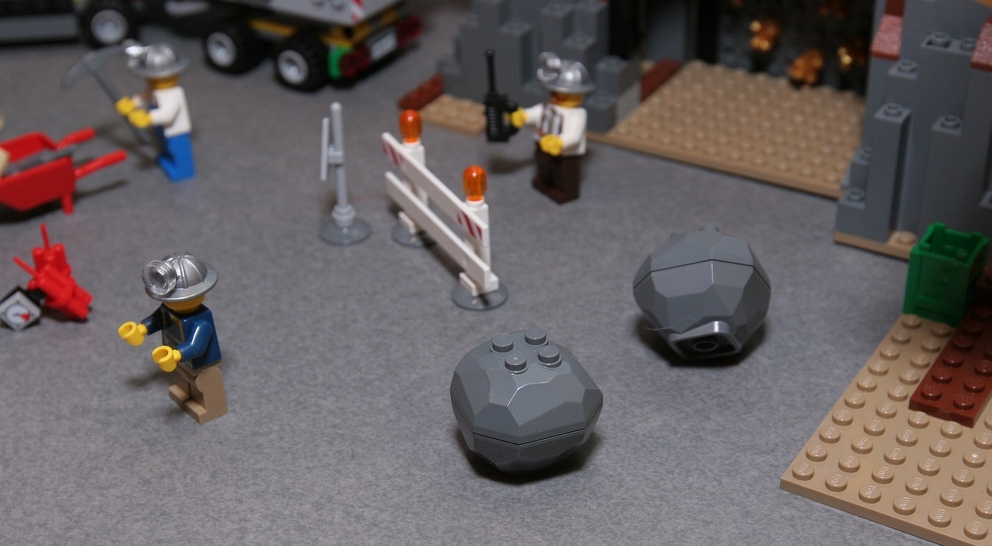 Finally there is the gold mine. It is all excavated on a gray hill, not only the main entrance but also the train’s tunnel and the crain’s implantation . In the entrance we can see many nuggets (that are represented with single dot’s round pieces) and perhaps this is the part where the wheelbarrow enters in the scene. Generically the set has not only plenty of tools for the workers (it even has some dynamite) but also many accessories such as lamps, garbage cans and much more. 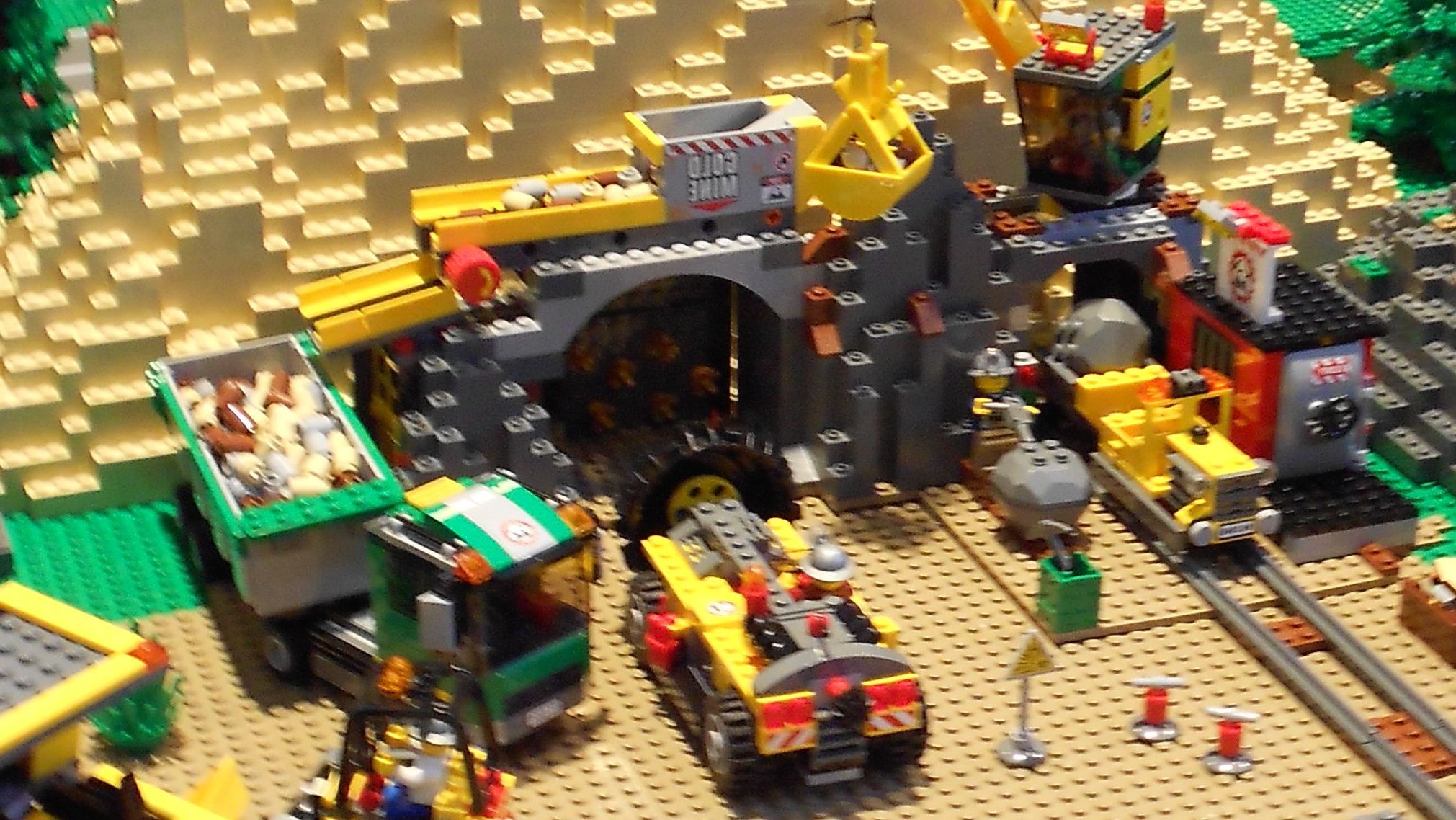 Now, the worst part, you will have to wait until the summer and spend around a hundred dollars. Will it worth it? I think it will, with no kind of doubt.