The Excavator Transporter is a 2012’s set and will be released next summer, perhaps in August. The set brings a long transporter and a yellow excavator with a long arm. The two mini-figures present in the set are miners with the respective heats which are a good addition to the mini-figures’ collection.

Starting by the truck, it has an ordinary structure typical of other city trucks. The cabin has side doors, new generation rear mirrors, a decent seat and the good old coffee cop (this time is yellow…). The roof can be easily removed in order to give a better access to the cabin when playing with the figures. The attaching mechanism apparently is similar to previous models. 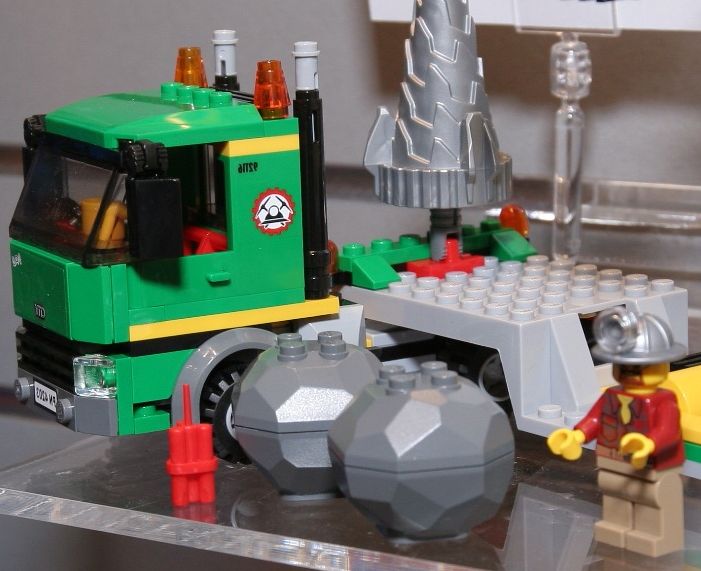 The trailer is long and its main structure is based on a single long gray piece, lowered in the middle to provide a better access to the excavator. In this part, some yellow pieces will try to steady the excavator when it is time to transport it. At the front, an endless drill is mounted on a technical piece, perhaps to blow some heavy and tough rocks.

At the back, two warning orange lights alert the other vehicles that they are in presence of a long and wide vehicle. The back wheel axes apparently are built separately and then attached at once to the trailer. It is a pity, but the excavator doesn’t climb to the trailer for its own, I guess we will have to hold it and put it directly up on the lorry. 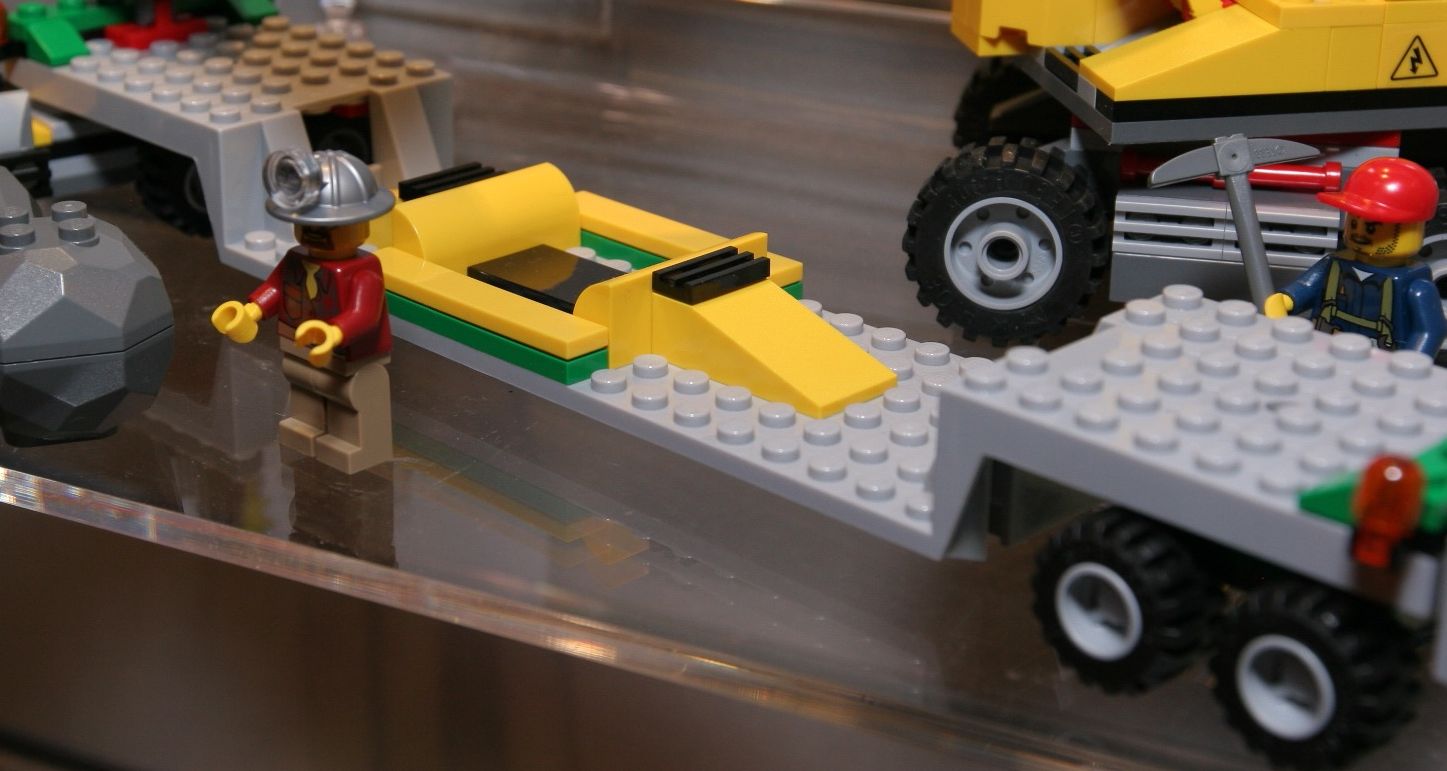 Talking about the excavator, the cab in the left side has the same design of some other mining vehicles with a longer windshield and it rotates all around. At the back, there is the powerful engine. The paddle has a very long arm constituted by three technical pieces which coordinated can provide any kind of position to the paddle. 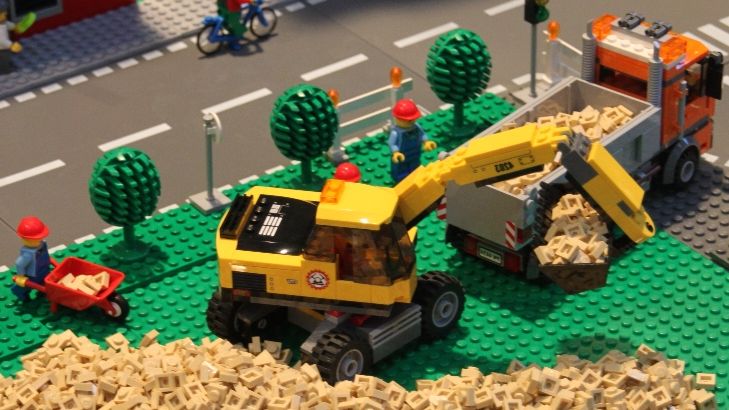 The workers have at their disposal some tools that will be common in the mining sets: some dynamite, picks, two big rocks, ore pieces and much more. The set has more than three hundred pieces and an estimated price around 40 dollars. Looks like a good acquisition for the town, but only after the summer.