The Satellite Launch Pad is a 2011’s set. It has a Lunar Van to carry a computer, a crew mini-figure, a small satellite and a rocket with a launcher. This set has plenty of playability potential because not only can combine with other space sets but also because the van interacts very well with other city sets.

The Van is not very big and has an ordinary structure with the particularity of the cabin has access to the rear part. The roof can be easily removed has as an unusual support: a common fitting yellow piece causes that the roof don’t fall. Besides that, it has the usual, a seat, a wheel and two red doors. 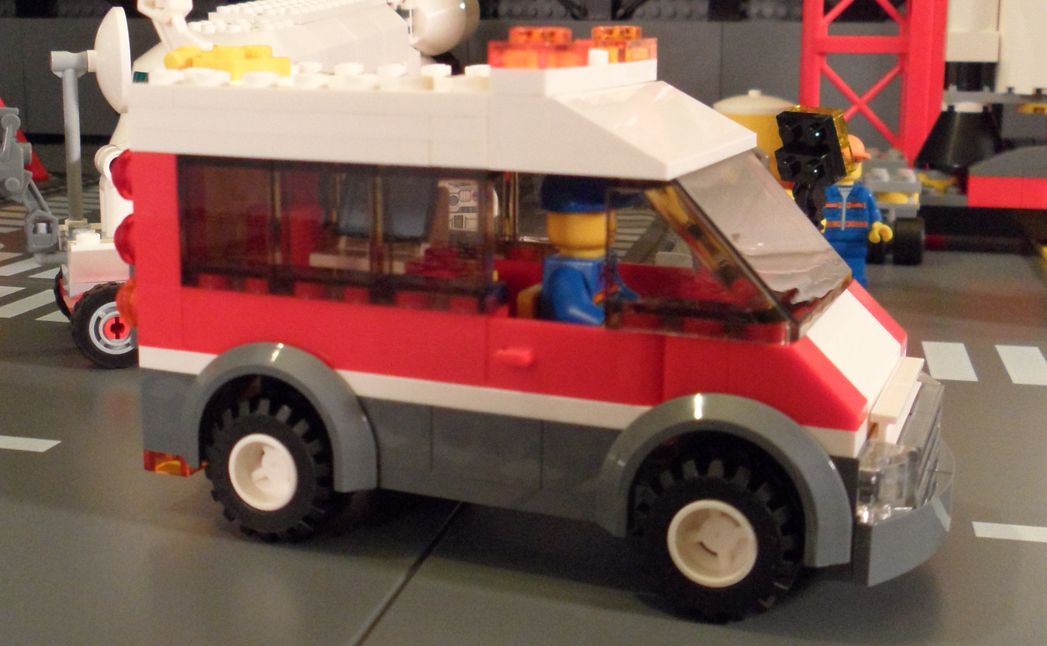 The Van is quite unusual because it has windows all around the Van. Inside a small structure is built in order to receive a small desk with a computer (screen and keyboard also), and the usual red coffee cup. Besides that, it has a rear tipper door and plenty of little red lights. A communication antenna is also at the van’s roof allowing the communication with the satellite. 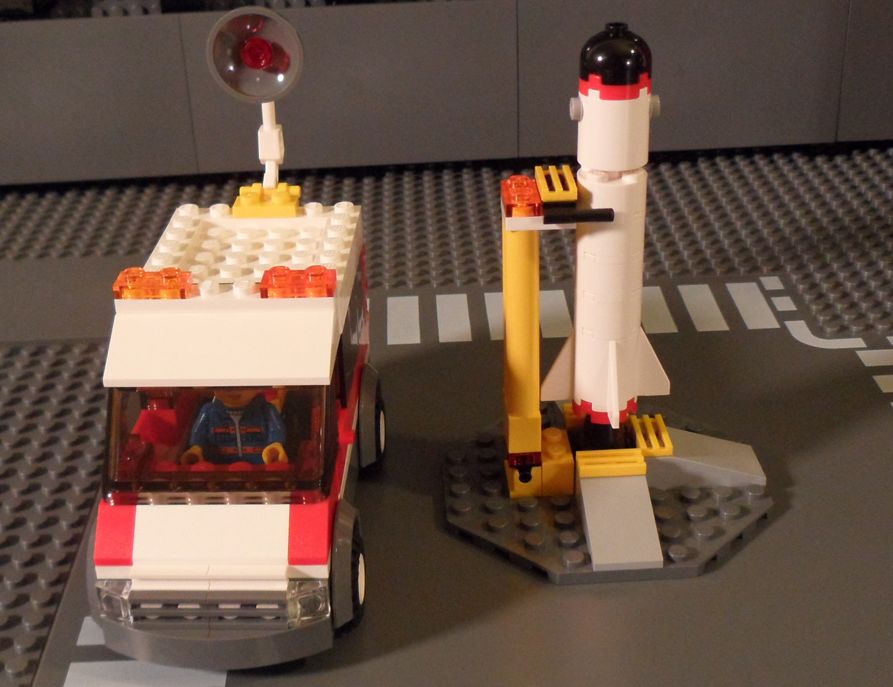 Eight pieces are enough to build the satellite and the result is pretty good. The rocket is also very easy and fast to build. The platform has a simple but very interesting mechanism witch competently holds the rocket. A couple of stickers give the rocket the final look. 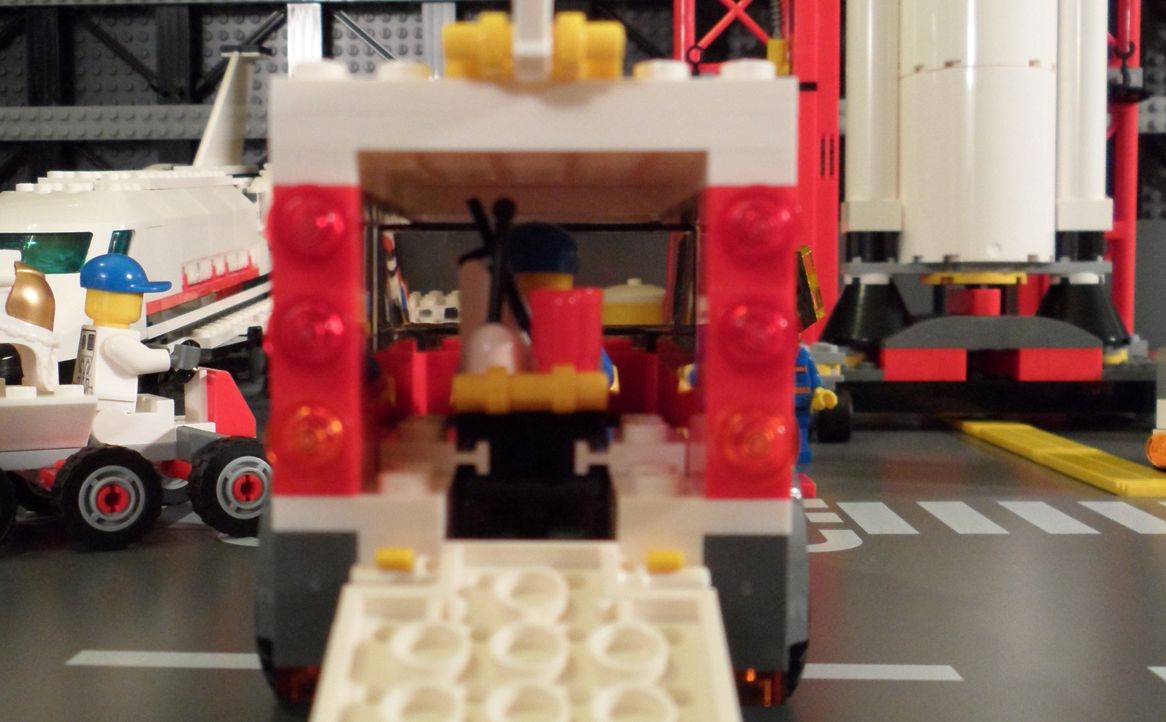 For less than 20€, one hundred and sixty pieces and one mini-figure look like a good deal. The van is very interesting and is surely a good addition to the town. The instruction, if necessary can be found right here: