This set increases the luxury level of any kind of city for obvious reasons. It has a private blue helicopter, a long white limousine and four mini-figures (one great added value of this set): a heli pilot, a business woman, an executive and the limo drive. The business woman, actually, is the same of the 3182’s (Airport) plane.

Starting by the limo, it is long and my only doubt is would it be better if it was 6 stud’s wide… perhaps it would be too large. Ahead, the driver has plenty of comfort. The cabin has a decent seat, a steering wheel, and two doors. Actually the limo has in total six doors, because the passengers have at their disposal four back doors to enter the car. 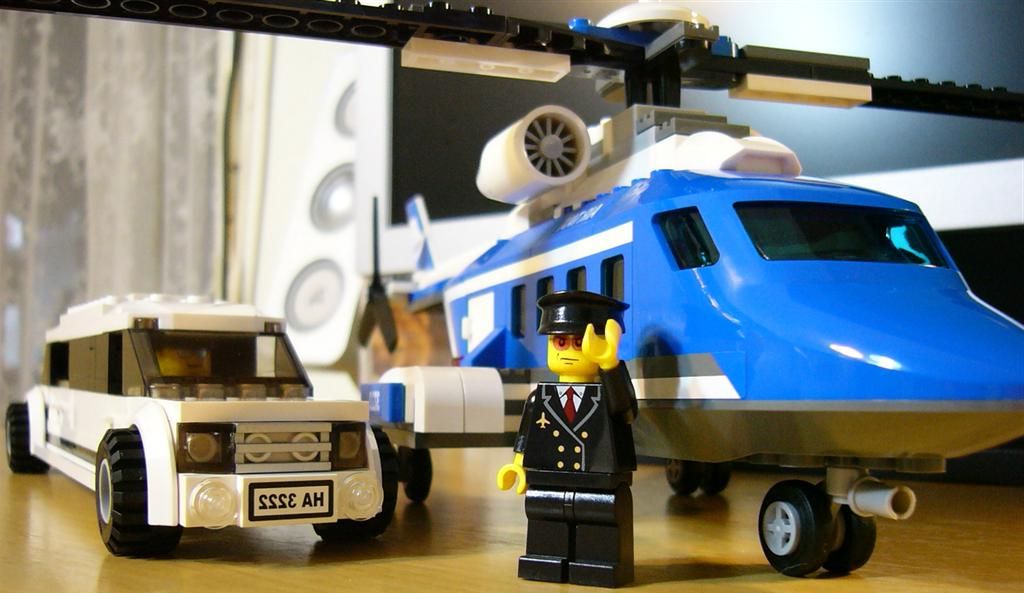 The back space is nice but it could be better disposed. The passengers don’t have seats and could have a small table or kind of support to put the glasses. Unfortunately, if this was true, there wouldn’t be room for the luggage. On the other hand, the LCD gives the car a nice touch of luxury and the smoked glasses all around the vehicle also give it the necessary privacy, common in these limos. The black bar all around the vehicle break the white’s monotony and it terms of playability the roof easily dismantles to give access to the vehicle’s interior. 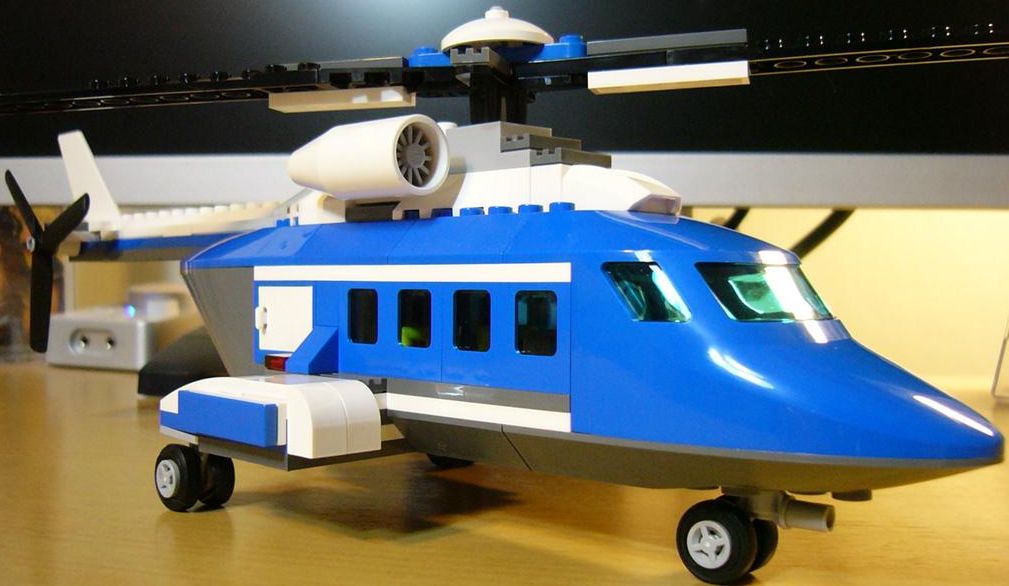 The heli is similar of other vehicles (7206 Fire fight, for instance) Four long pieces constitute the heli’s structure and give it the necessary strength. The pilot’s cabin has a decent seat and some navigation and piloting instruments. Unfortunately the only way to access it, after building, is removing the nose’s vehicle single piece. It happens the same with the passengers, the roof and the engine have to be removed (however it is not very difficult).

The passengers have also plenty of comfort. Two brown seats and a center table with plenty of windows provide a nice trip. There is, however, plenty of room badly used, because the luggage (four cases maximum) have their sided compartment with exterior access doors. That space could be filled with a washroom or even a wall with a flat TV on it. 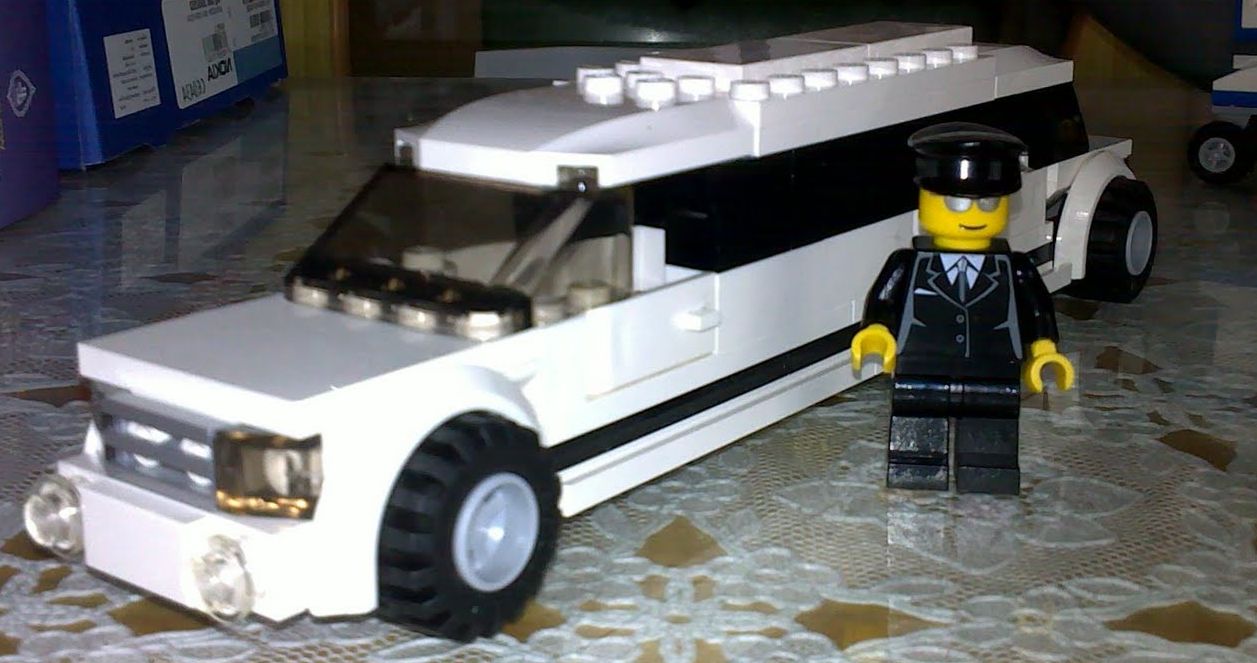 The two engines are simple but quite well designed. Being symmetric they are attached through a technical single stud. A couple of small stickers, which in my opinion are dispensable, give the heli the designation of Air Taxi. With almost two hundred and seventy pieces this set is a good deal for less than 30 Euros. If necessary, the instructions can be found in here: