This Passenger plane is a good additional set whether you have or not the big airport and its red plane. If you have the 3182 set, this will be a slightly smaller airplane addition, and if you don’t have, you will get also a nice and big airplane. The set also brings three mini-figures (a pilot, a passenger and a worker) and a small maneuvers vehicle.

The cockpit’s plane has plenty of navigation and pilot instruments but has a major defect, it should be independent of the rest of the plain. And it was easy to transform it. A small wall with a flat TV for the passengers, for instance, could do the job. Besides that, at least one handle could be next to the pilot to give even more realism to the cockpit.

The plain has six seats for a single passenger (the flight in this case is not very profitable) which means that one or two extra passengers were welcome. In the back there is plenty of room for the luggage and much more. There could be a small kitchen or a washroom for the crew and for the passengers (a flight attendant would be also a good addition).

The plain has no kind of doors. So to access to the cockpit or the passenger’s room you will have to remove the front nose or the entire roof. Externally the plain is quite well designed and very realistic, in my opinion. There are windows all around the plain and the cockpit windshield is also very good.

The symmetrical engines have a proportional size and are attached to the plane through some technical pieces. The landing gear wheels are similar to the 3182 only slightly smaller. The radar tower is only average (it could be bigger) especially if compared with the airport. 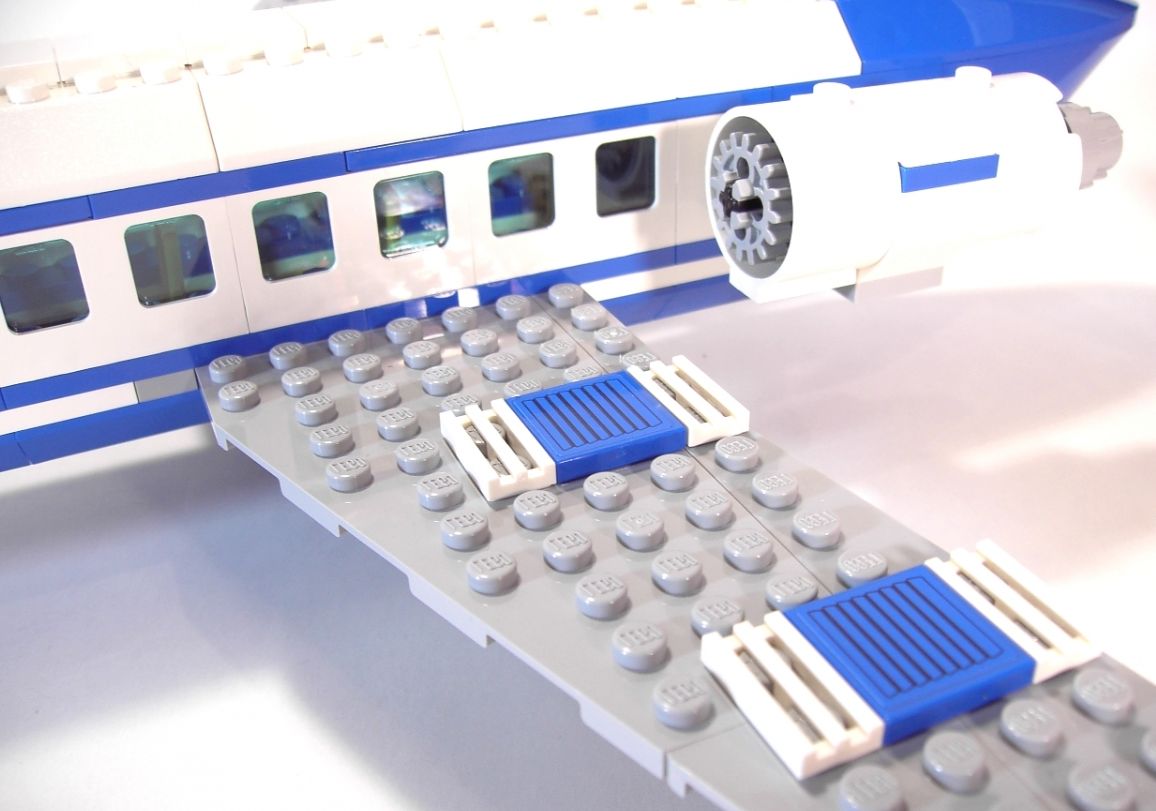 The towing car is yellow, a typical color for this type of vehicle. It has two seats which are unnecessary because the passenger will take the bus, and the seat could give space for a small trunk. On the other hand the trailer’s mechanism looks very good and tows the plain very easily. A couple of tools and a warming light complete this vehicle. 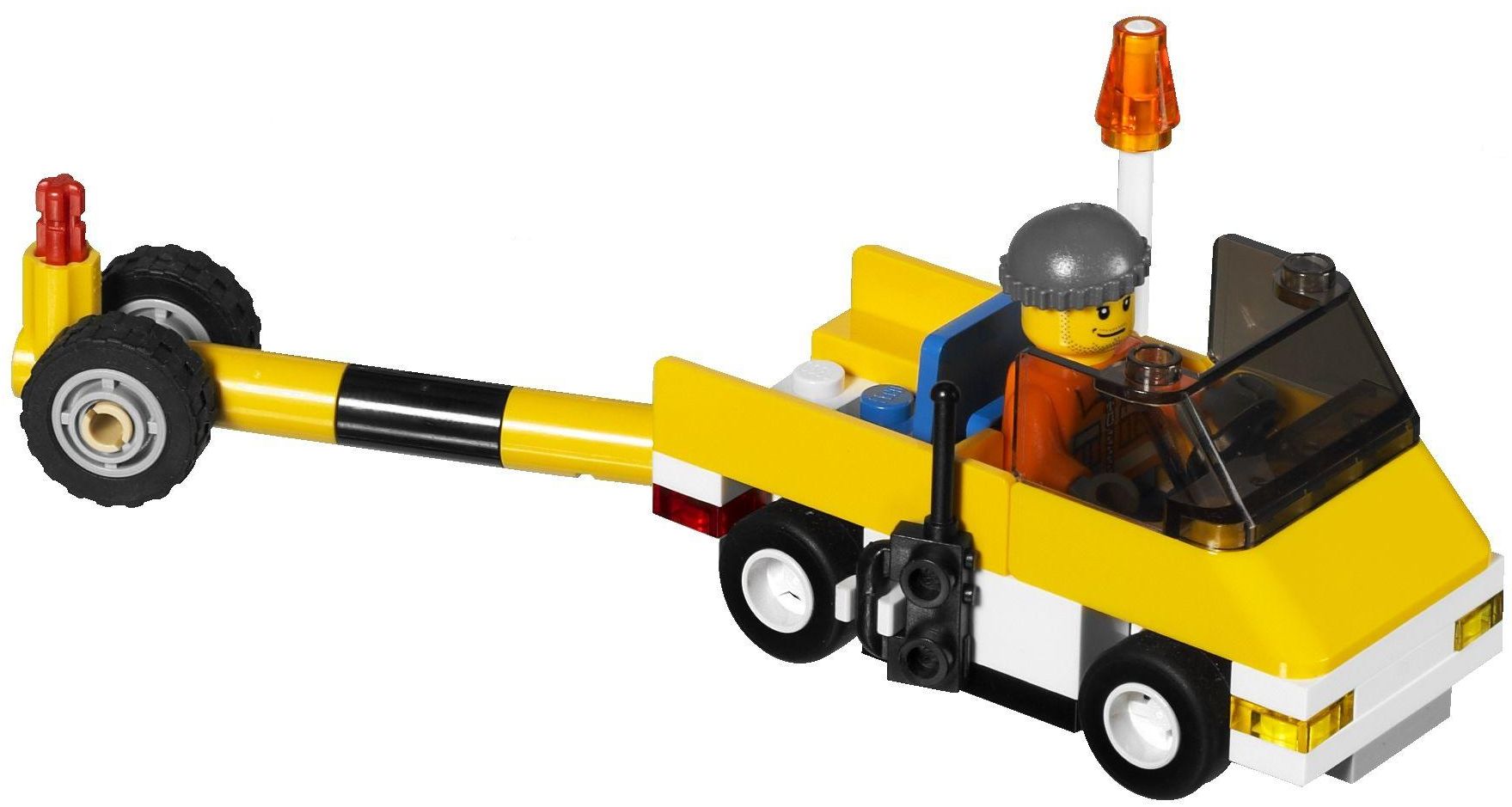 More than three hundred pieces, that include a big plane, surely look like a good deal for about thirty euros. If necessary, this 2010 set’s instructions can be found in the following LEGO’s links: