Mack has been released last year and as you know, it is Lightning Mcqueen’s team truck as well as one of its friends in the movie. With almost four hundred pieces, the set besides the truck and its big trailer, has also the car, Mcqueen, a lot of tools and accessories and plenty of playability, after all the main character of the movie is present.

Mcqueen could not be simpler to build. It has a regular chassis with small wheels, the hood and the roof (this is simultaneously its face) are unique printed pieces, as well as the side skirts that are cleverly attached to some single dot pieces. It even has the aileron connected with a double pin piece (this one is also printed).

Talking about Mack, the core of the set, the truck has until certain part a usual building, comparing for instance to the usual city trucks. It is an average chassis, three wheel axes, two side fuel tanks, and finally a base to receive the cab that obviously this time, will also be its face.

And here stars the big differences. The truck, being inspired in a typical American truck, has the same width of the usual truck but the cab is shorter. The windshield, this turn is the Mack’s eyes which are two nice printed pieces and the cab’s roof is cleverly transformed in its heat. At the back there is the usual round attaching piece that will receive the trailer. 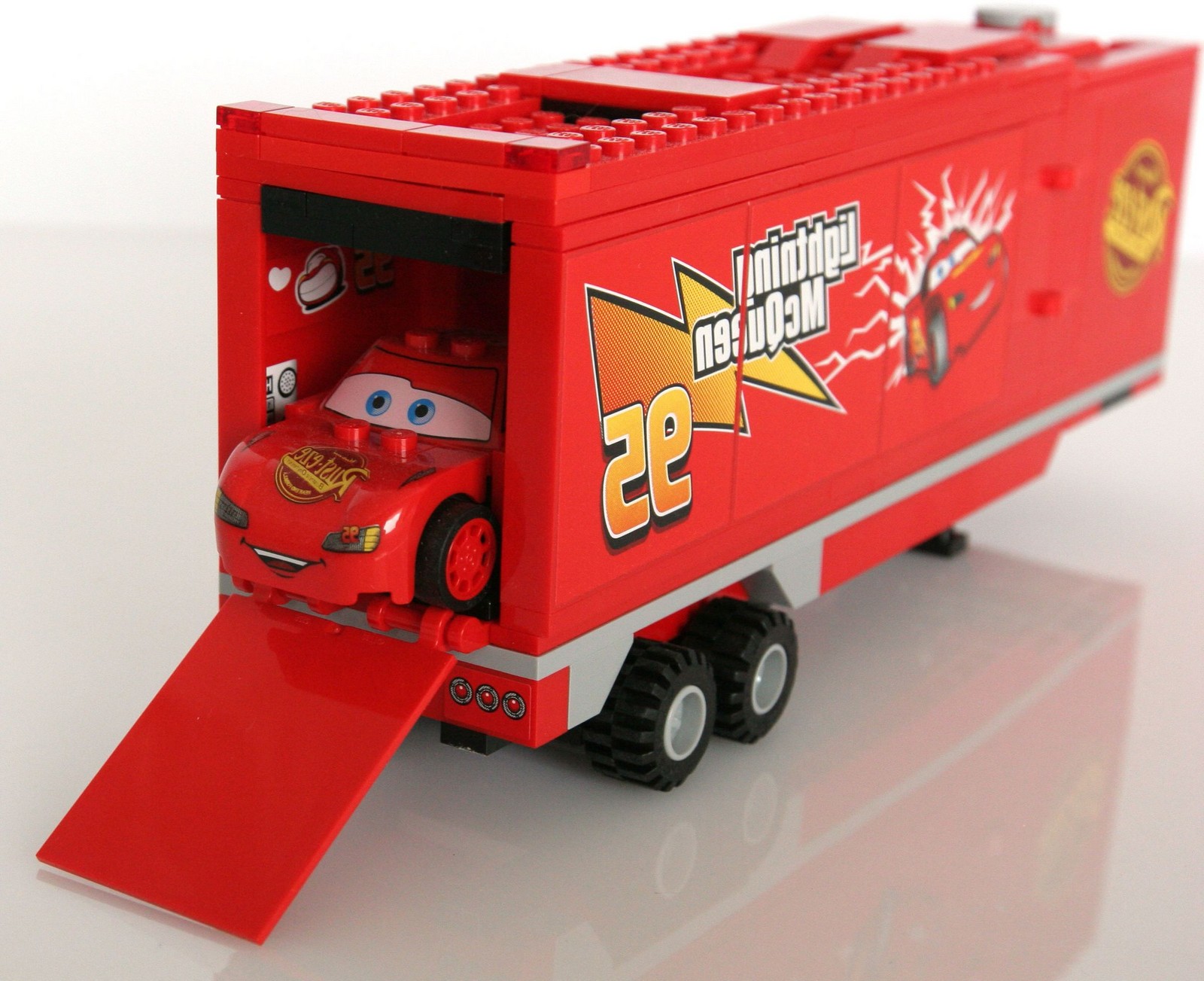 The trailer has the big slice of fun. Almost everything is accessible because several parts open easily. The left side of the truck opens almost hundred and eighty degrees with a known mechanism (remember the 7639, camper?), the big roof also opens to increase the access, and just like in the movie, Mcqueen can easily enter trough a tipper doors at the back. 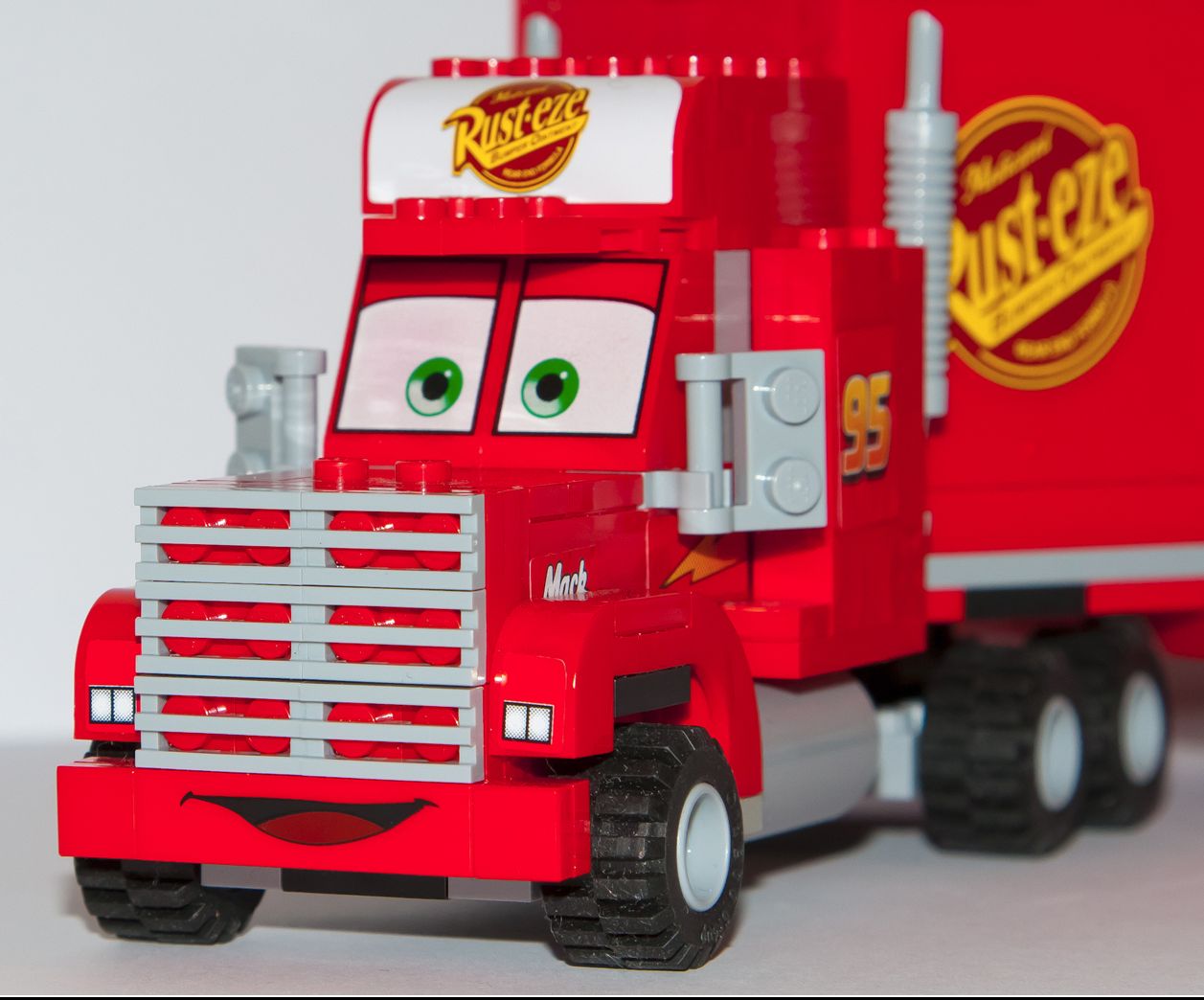 Inside, the details are great. There is a big flat TV, as well as several stickers with the movie brands, and there is even a phone like in the movie. The truck’s building has no kind of difficulty, because mainly it is done with eight red tall pieces. Finally the double wheel axe is built separately and then attached to the main body.

Globally this is a very nice set and if you enjoy the movie, you will surely not miss this set because the similarity is enormous and the features are quite interesting. If necessary the instructions can be found right here: