If you like Batman, have a look at the thirteen official mini-figures that have been released since 2006 until the present, including the two exclusive that were released, one in 2011, in San Diego at the Comic Con and the other in 2012 with the Visual Batman’s Dictionary.

Although all the mini-figures are rather similar (some of them are nearly the same), there are, greatly, some reasonable differences among them. The black suits dominate over the years, curiously only one has printed legs and I must say that the new white Batman is really pretty awesome. 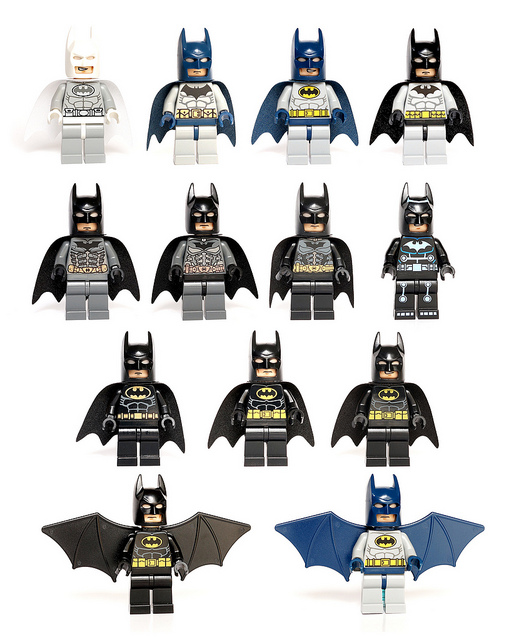 It’s definitely a pity that the big wings of the two guys at the bottom weren’t released more times. I know that the cape is more realistic but the opened wings are also rather accurate. Finally, and having a look at the torsos, they are all different however there are some details such as the belt or the bat that are always present.

Enjoy the detailed image that can also be found on flickr.