Official pictures of a couple of Lego Architecture (which were already known since last Nuremberg Toy Fair) sets have been revealed show some good perspective of two of the new sets that will make part of the next wave.

The sets are the Buckingham Palace (21029) that will feature almost eight hundred pieces with a price around the eighty dollars ( I especially enjoy the central square and the little red bus) and the Capitol Building (21030), that shows a bit more than a thousand pieces that should cost around hundred dollars.

Both should be shortly available on retail. Enjoy the pictures! 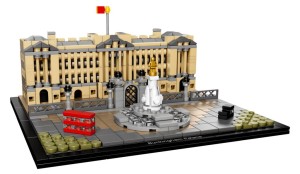 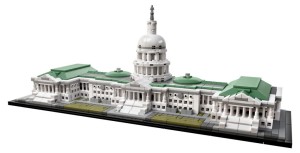