The ultimate set racer brings a lot of action, three great cars and unfortunately a great disappointment. The set that was released in the beginning of this year, has about two hundred and eighty pieces and tree nice racing cars: Lightning McQueen, Max Schnell and Raoul Ça Roule.

Besides them, the set has also a pit stop little guy, from Raoul Ça Roule’s team and two launchers. These two have my total disappointment. The launchers have the capability of attaching each other through a couple of pins and are globally very nice in terms of design. The launch mechanism was well thought with elastic at the back part, however in terms of playability is a complete disaster. 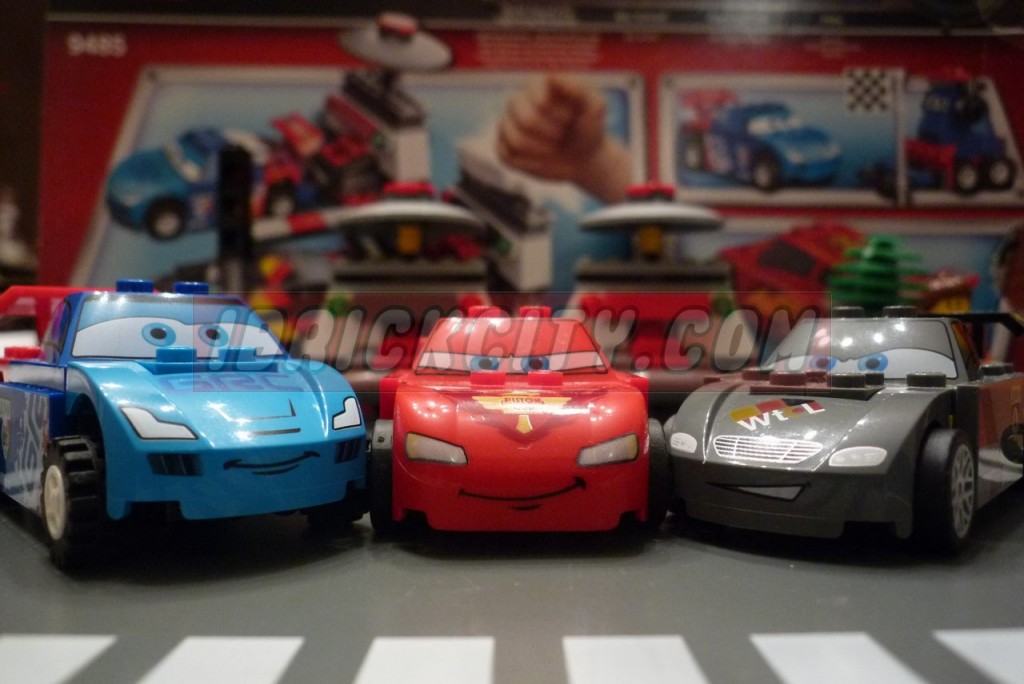 In order to achieve the best launch (which is only average in terms of expectation and final result) the cars have to be millimetrically aligned and touching the launcher with a thousand cares , otherwise it will be a completely disaster. It’s a pity, because in terms of playability this is surely one of the main features. 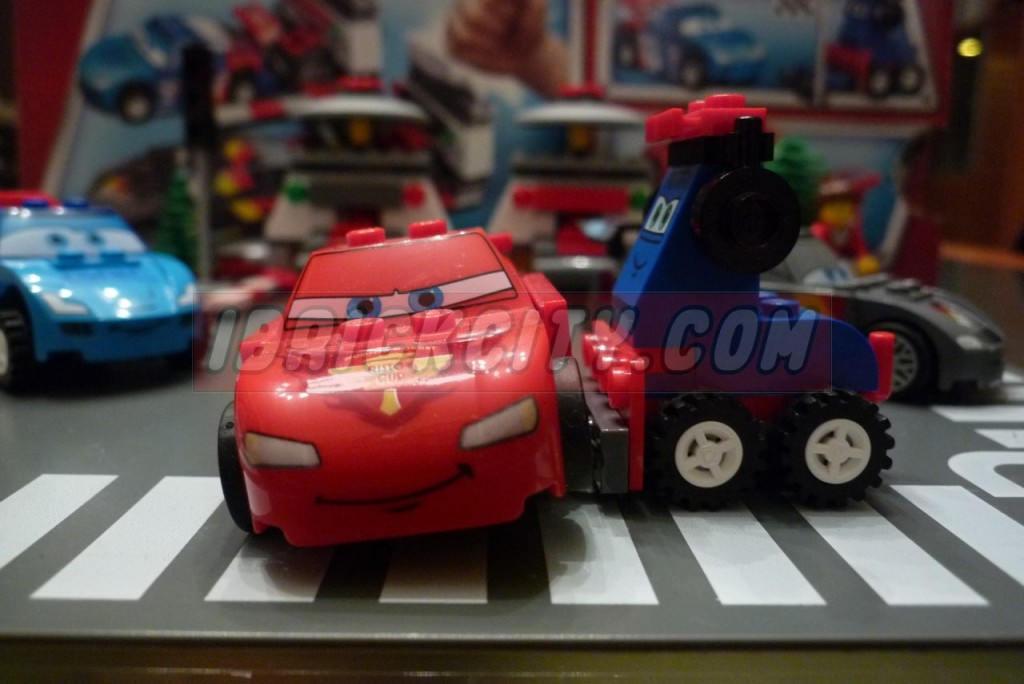 If we look at the cars, it changes radically. All of them are simply great with at least four or five printed pieces (which includes the roof, the engine’s hood and the back ailerons), each one. The three are very similar in terms of building with plenty of colored pieces in the hidden parts. McQueen is obviously the set’s star and at the same time the smallest, Ça Roule, has the French colors and for me is the prettiest and finally the biggest (only for a couple of millimeters) the grey Max Schnell.

The pit guy is also well designed, being a nice replica of the movie’s character. With four little wheels, which are equal to the team’s car, it has a couple of headphones made with the pieces that are usually used as a kitchen’s pan. The small elevator pieces include a white flag and easily can raise any of the three cars. 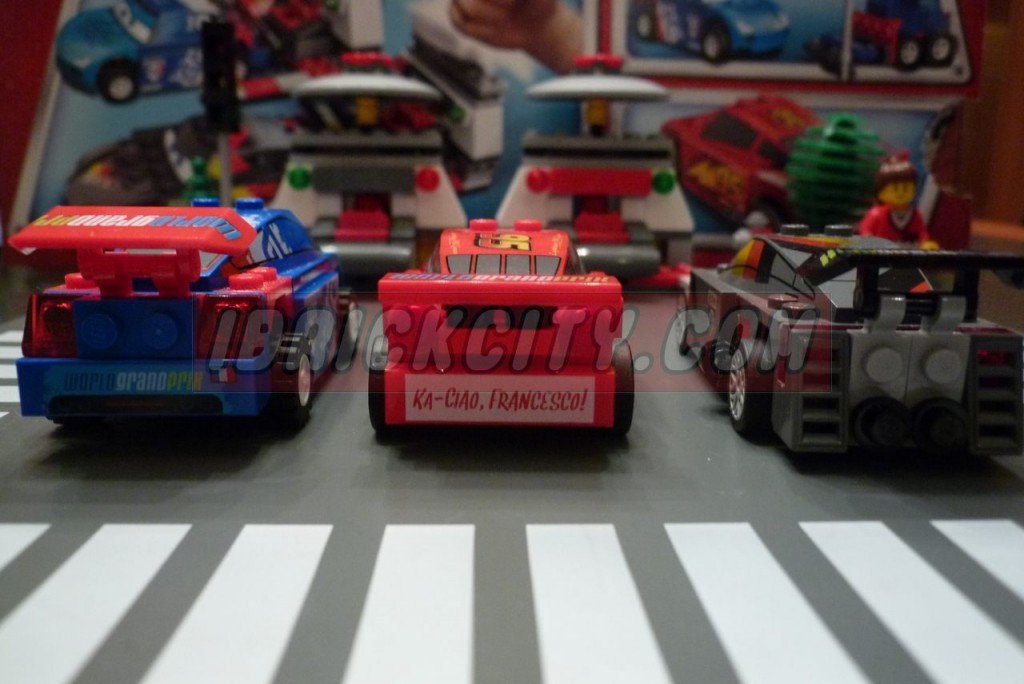 Globally the thirty dollars are a fair price for the set, the three cars are very nice but as I said before you have to be patient with the launchers. If necessary the instructions can be downloaded from here:

Please take a look at some additional pictures below: