The Ghost Train is a new set from the Monster fighter theme that will be released next summer. It has almost seven hundred and fifty pieces and five nice mini-figures: three ghosts, and two main characters: Ann Lee and Frank Rock. These, particularly, are great additions to the collection because they have plenty of different details, which I highlight the sun glasses of Frank and the Ann Lee’s hair.

The set is composed by a huge black train with three carriages and an airplane. Starting by the train, aesthetically, it has a look directed to the ghost theme. The main machine has a scary face, which is a nice round printed piece, two long tails all along the train and bones all around. Inside, in the back cabin there is a red lever and a door to the boiler that will feed the engine.

The locomotive has real train wheels that mean it is full compatible with the city rails. Unfortunately, the back wagons have rubber wheels instead, so they won’t fit there properly… But on the other hand they all have a nice mechanism that allows them to flap up and down the side monster wings, every time that the train is pulled. That’s surely a very nice and unusual feature. 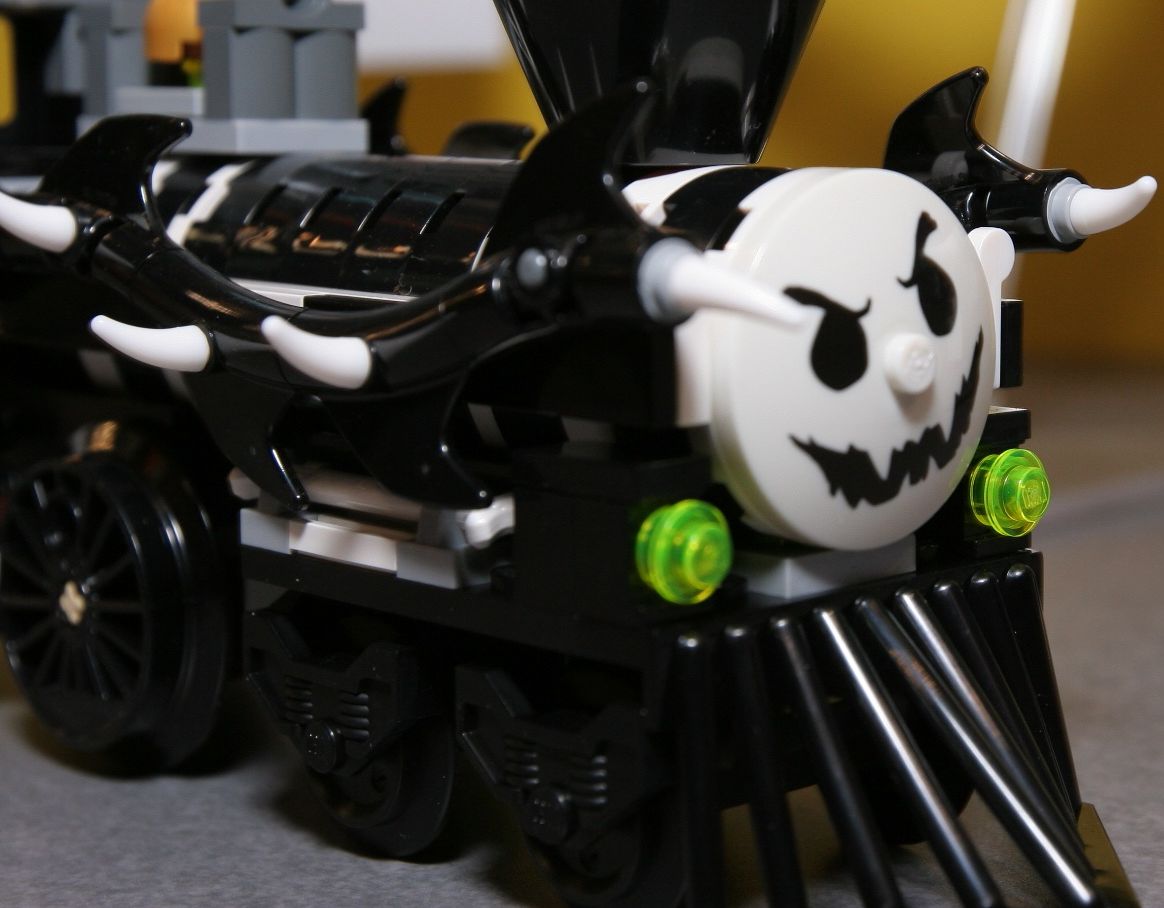 The wagons are attached to each other with the usual city mechanism but the final result looks nice. Two of the carriages are similar, with a place (it is strange if I call it a seat) for the ghosts and plenty of bones all around. The big wagon is taller and looks like a horse carriage with side doors. These ones are unique because they are all made, once again of white bones. 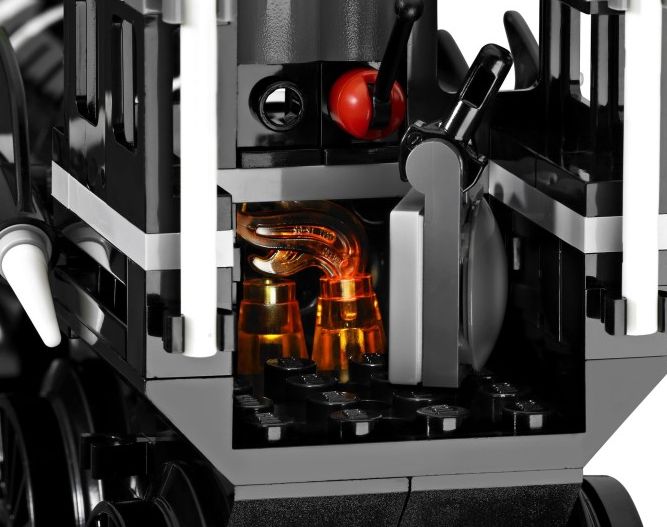 The plain, although some particularities, looks like a classical airplane, stolen from Indiana Jones’ movies. At the front, the propeller has some technic pieces and the big engine looks like a V6, according to the exhaust valves, which makes it very nice aesthetically. The cockpit is small and behind it there is a deposit with two hoses. The wings are almost square and in the edges there are four missile launchers. 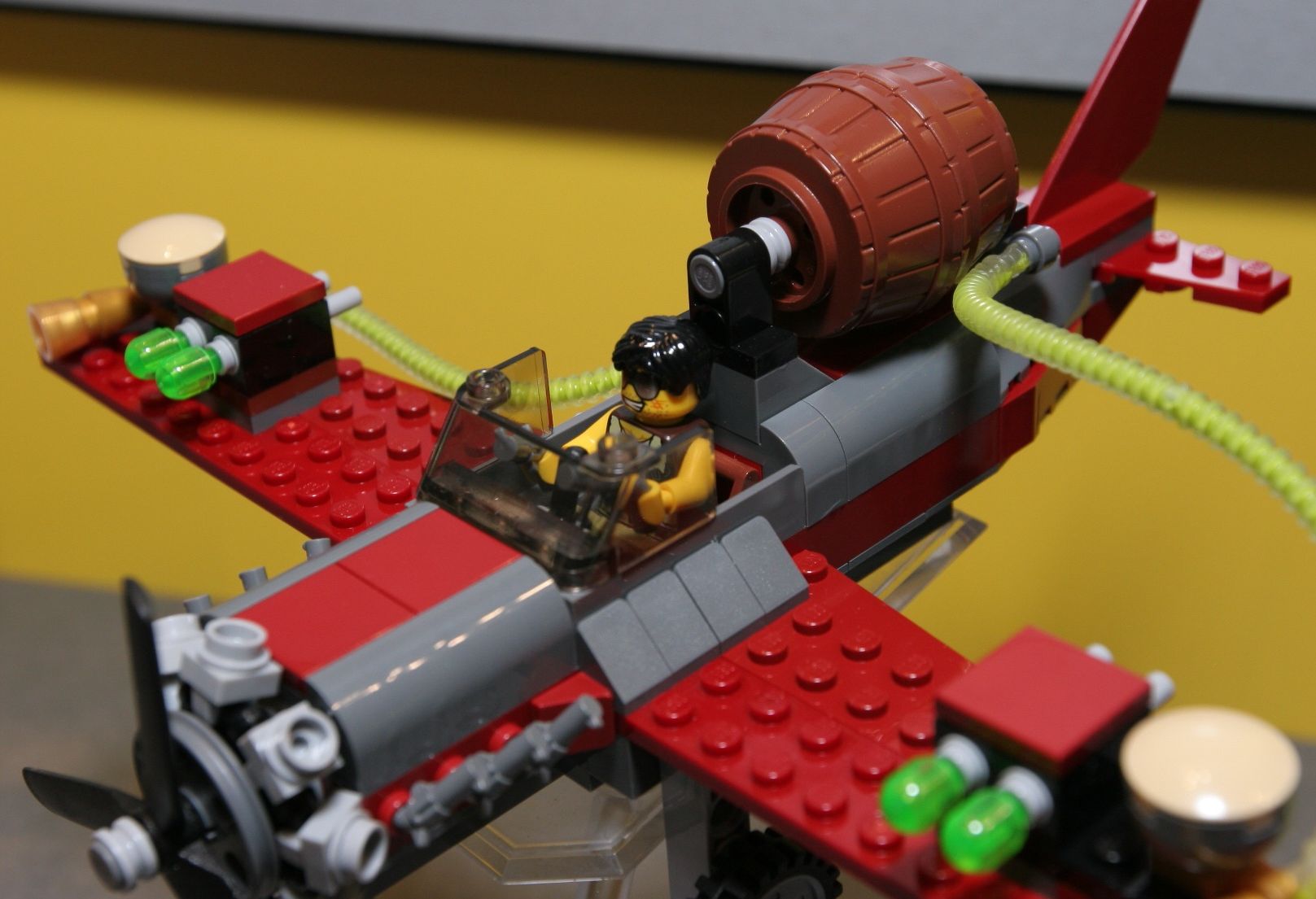 Globally it is a very nice set that will be a good addition to the theme, especially if you have the big castle. Talking about the price I‘ve seen some reviews that claimed eighty dollars. Personally I would be something around hundred because after all, the set has a train and more than seven hundred pieces. Let’s wait and see…Mean while look at some pictures below: