The Turtle Lair Invasion is a big Teenage Mutant Ninja Turtle Set that will be available on retail next Summer. With almost nine hundred pieces, it brings six mini-figures (Splinter, Donatello, Shredder, Leonardo and a couple of Foot Soldiers), the big turtle lair, constituted by three distinct elements, attached to each other, a motorcycle and lots of small accessories such as the skates, the pizzas or even the bunch of assorted weapons for all of them.

All the three parts have some really nice features to play with and I guess that at the first glance, it’s almost impossible not to look at the big brown slide which passes through the three different levels.

In the base, it is possible to see a control room with a green central seat and plenty of screens that include road maps and some kind of diagrams. The middle level seem an empty room with just a black bar window which is somehow proposed because just above it there is a ceiling door that leads to a big and chaotic (at least looking at the big sticker) electric panel. Just like the rest of the building, all the structure uses plenty of small grey pieces of different shades. 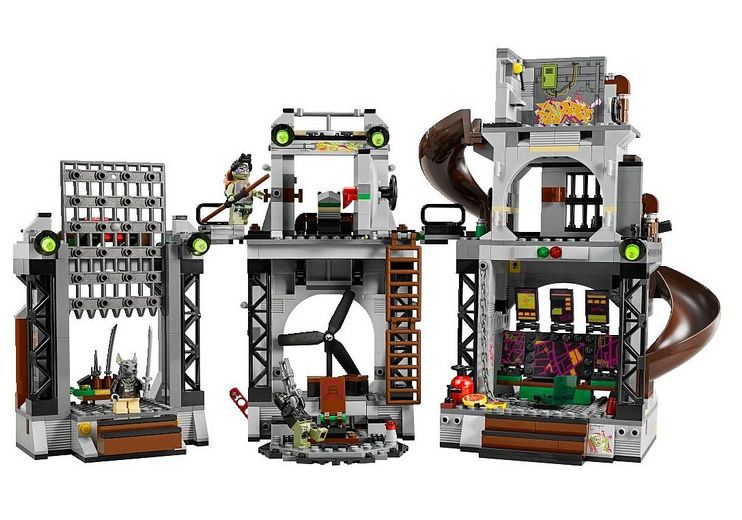 Next to it, in the center (or not, depending if the modules are attached or not…) there is a big propeller, responsible to circulate the air in the turtle’s lair. Next to it, a big ladder gives access to the second level where besides a couple of spot lights on the top, we can also find a small catapult with a couple of barrels that can be easily triggered through the back. Finally, the third element is the big grey gate that uses a very unusual brick, and can be controlled with a small knob on the top.

Of course, beyond this small presentation there is also lots playability and fun with the six mini-figures and with a couple of additional features which for know, and looking only to the available pictures are not so clear to identify. The turtles, as always, look pretty nice and together with the multiple accessories, that include a black bike, that the set brings will certainly provide lots of interesting fights. 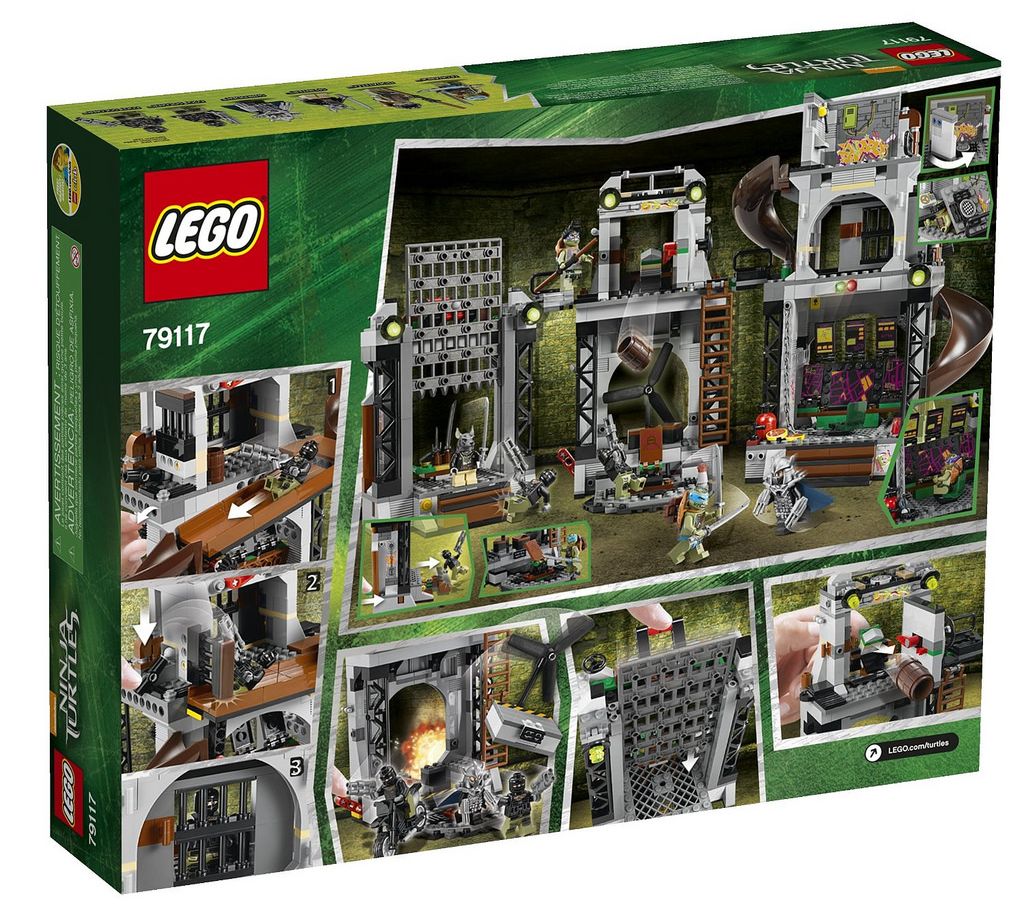 Overall it seems a really nice turtles building with lots of interesting features to play with. It won’t be cheap, but I guess that hundred dollars for almost nine hundred bricks is in line with the rest of the set line. Enjoy the gallery: