The Silver Mine Shootout is the second biggest set of the Lone Rangers. It has six hundred and forty four pieces that are mostly for the big silver mine and all its features, and five new mini-figures: the Lone Ranger, Tonto, Kyle, the Chief Big Beak and Butch Cavendish.

Made with a great color combination of light grey and brown pieces, the silver mine is rather big (comparatively it has the height of a two floor building) and has a sharp look typical of the hills randomly excavated. The wood structure is also very nice and is perfectly integrated in the landing part. 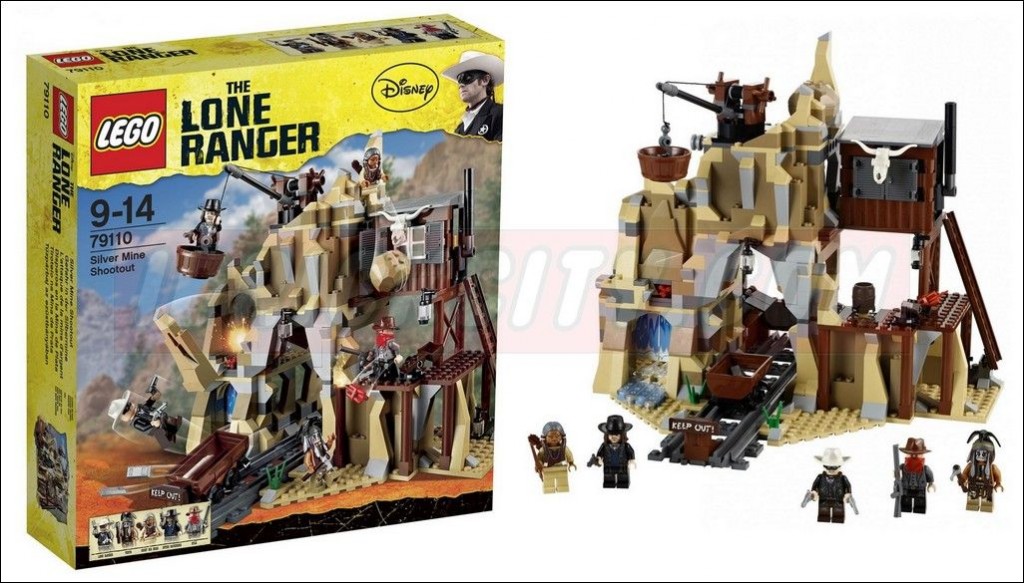 The features are almost endless, this is perhaps one the greatest summer sets in terms of playability. At the bottom, the small railway allows the little wagon to transport some silver from the mine to the outside but also, with the help of an interesting mechanism triggered by a small lever at the back, to project that same wagon against the enemy.

On the top there is a crane that easily rotates and handled through a knob, can be lowered or raised not only to transport silver but also to surprise the enemy in case of shooting. Just below it, the rocks can be blown up with dynamite, obviously with the help of another lever at the back. Looking at this part of the mine, I must say that those water falls are also very nice! 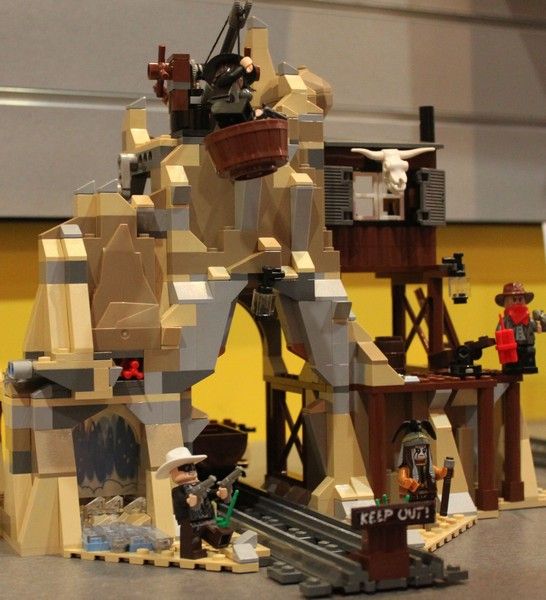 Next to the crane, a big rock can also be thrown to the ground, once again triggered with a side lever. It’s absolutely impressive the quantity of different features that this set has. Continuing there is a nice slide, at the right side, from where the cowboys can fall from one level to another.

At the back there are several compartments for the cowboys, with different kinds of accessories such as a table with a couple of seats, some picks for the mine, barrels and of course weapons and dynamite. Finally this set brings something particularly new, a new white skull with a different kind of horns. 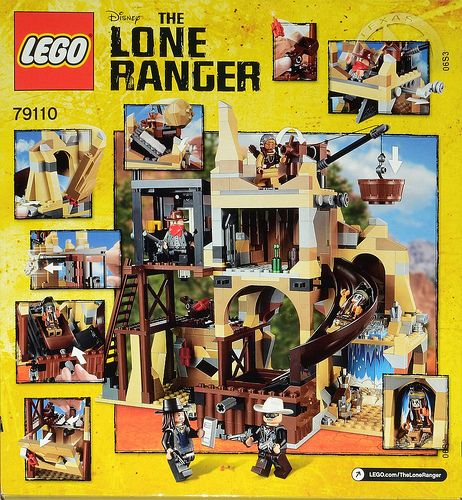 Overall, this set really impressed me. In terms of building there are a bunch of interesting techniques and features and as you can see in the gallery below, it’s hard to get a set with so many things to play with for such a nice price. Seventy dollars, according to the number of pieces that the set brings, is definitely a great deal!