The Stage Coach escape is another new Lone Ranger Set and probably one of the most detailed of this first (I surely hope that there will be a second…) wave of sets, It has, besides the Stage Coach, three horses (two blacks and a brown) and five mini-figures that are Tonto, the Lone Ranger, a couple of bandits and Red Harrington, a female mini-figure with what it looks a peg leg.

It’s easy to imagine, through the set box that this set represent a scene where a couple a bandits try to steal a safe box that is being transported in the stage coach. Starting by the top, the coach transports a green safe box and will be defeated by the Lone Range, Tonto and even by Red. Yes, all these guys have pistols and knifes, and one of the cowboys has even a shotgun. 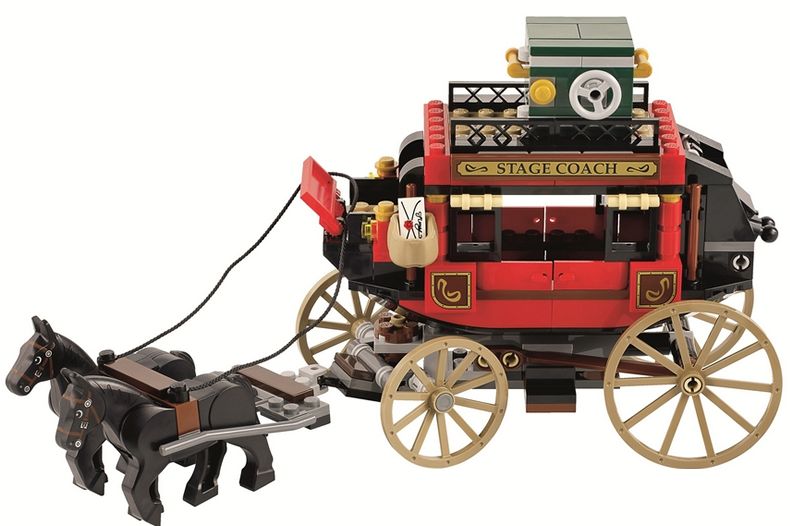 The base or chassis of the wagon is made not only with long bricksbut also with a few technic pieces and the wheel axes are placed just on the edges. We can also see that there are a couple of steps in order to climb to the inside and the front axle is directional which allows a better handle and increases the playability. The attaching mechanism is also similar to many others used in these situations, and I especially enjoyed the way that the two black horses are stuck together.

In terms of features there is plenty to look at. Besides the directional front wheels, the coach has an original riding position with ropes to control the horses. However, I bet that it’s not very comfortable because it looks difficult for Tonto to seat because if he doesn’t stand, it looks a bit hard to see the road. The mail bag that is nearby looks also very nice.

Inside, I guess that there aren’t many things besides a couple of seats for the passengers, however the four little doors and the black windows give the coach a very typical look, characteristic of these nice old vehicles. Finally, all around the coach there are many bars where the thief’s can easily grab in order to stop the ride.

At the back, the black pieces, including some technics, hide what it looks like a sort of storage box with a nice little door that is easily opened, which might be an additional help for the bandits to climb up to the vehicle. 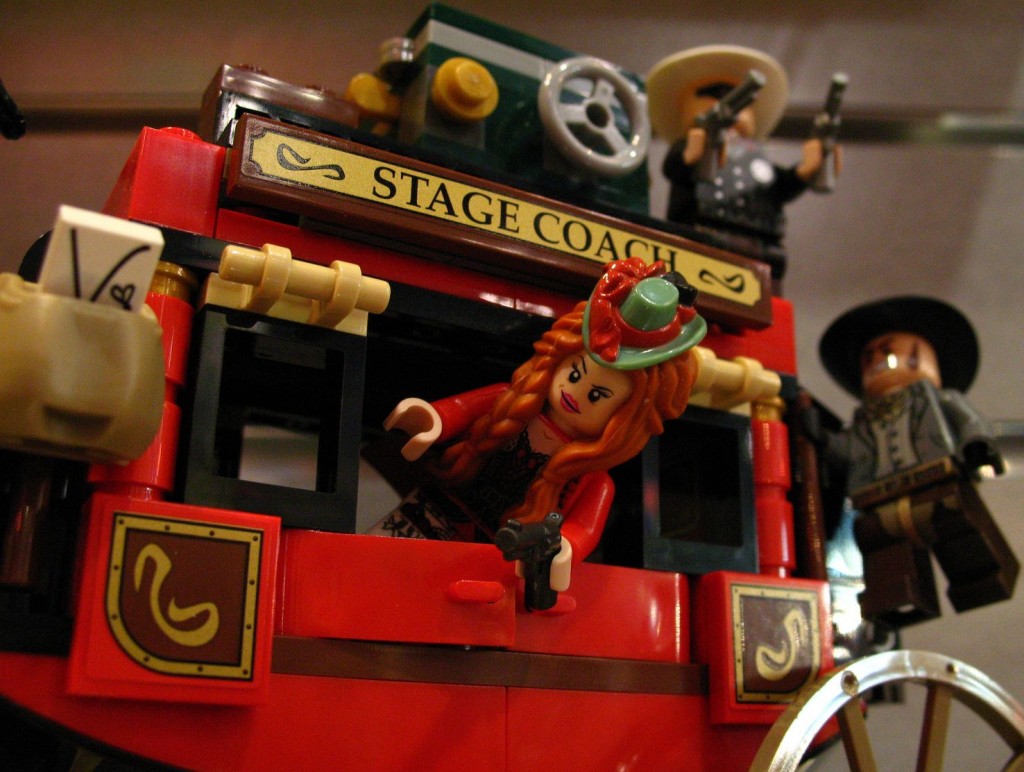 Globally, with almost three hundred pieces and five great new mini-figures ( I guess that Red Herrington is exclusive of this set) the set worth definitely the thirty dollars. The stage Coach is rather well detailed and definitely has plenty of nice features to play with. Please have a look at additional pictures, below at the gallery: