The Comanche Camp is a new Lone Ranger’s set that will be on stores next summer. With hundred and sixty one pieces, it has a big wigwam, a brown canoe, a small hill made with rocks and a big hole with lots of scorpions, and three great mini-figures which are the lone ranger, Tonto and Red Knee.

Although it is not one of my favorites of this theme, most of all because of its small playability, I must admit that it has a few interesting and different features, starting with the big Indian tent, or wigwam, which is definitely unusual. With a structure that is basically a couple of crossed stakes, made with technic pieces, all its coating is arranged with animal skin with plenty of different painting. It looks very nice indeed.

Inside, we can easily see through the pictures that there is space for at least a couple of seats, maybe three and in the center a small fire allows the Red Knee to prepare a nice grilled fish. By the way, why in the inside? Will it rain in the desert? Outside there is not enough space? I guess that this part is a bit strange! 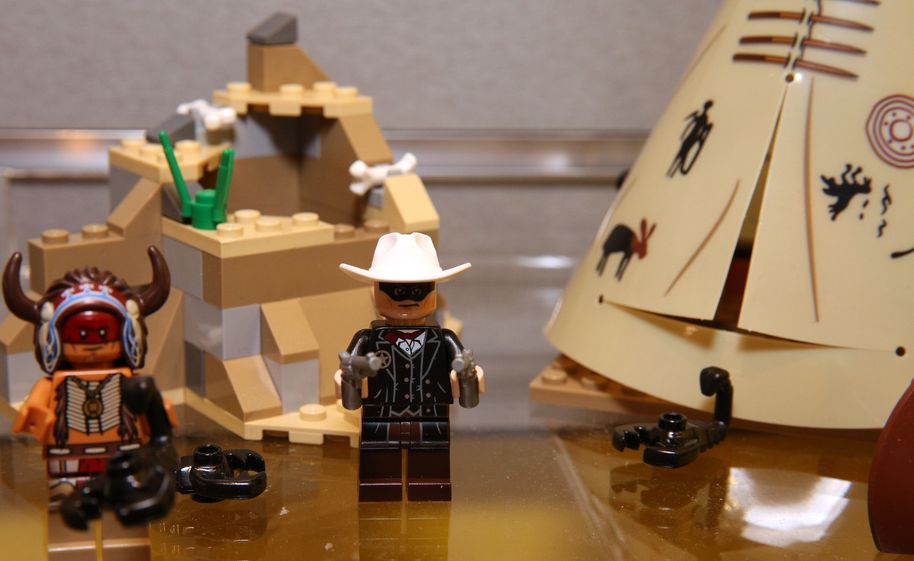 Next to the wigwam there is also a small wood block that allows the Indian to store their archery. On the other hand, the brown canoe with a single paddle is considerably large and has enough room for the three guys and if they’re not careful a couple of scorpions will also go inside the boat. 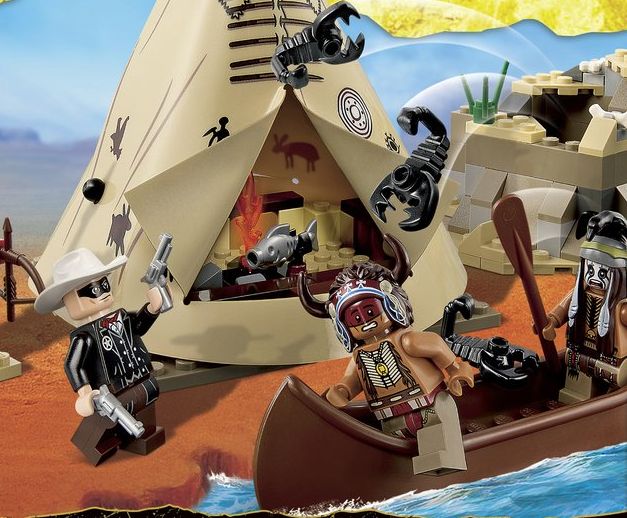 Finally, there is a big hole in the rocks that is infested with black scorpions. This small hill is made with little rock bricks with a great desert color combination and honestly I suspect that in the back, there is a small mechanism that will allow to throw the big black scorpions. Twenty dollars look a fair price for a set that has a few unusual features, with special relevance for the wigwam and three great mini-figures. Please have a look at some additional pictures: