Here is a good set for the fans who like to achieve some new lone ranger mini-figures or even plan to add extra elements to bigger Ranger sets. The Cavalry Builder set is a new set, planned to be on stores next summer, with only sixty nine pieces but gladly with plenty of interesting stuff.

Starting with the four mini-figures which look really great. Besides the Lone Ranger (I guess that this guy is present on every sets, which is a bit boring because if you buy a couple of Lone Ranger sets you’ll get repeated mini-figures) the set has also three nice Cavalry soldiers with blue uniforms and big rifles.

The quantity of features that this set has is quite interesting especially if we attempt to the small number of pieces that it brings. Besides the minifigs, this set has also a nice black cannon, a small brown wall or fort if you prefer, a white horse a campfire for the soldiers and also some additional accessories such as a spyglass, the pistols or even a chicken leg for the barbecue. 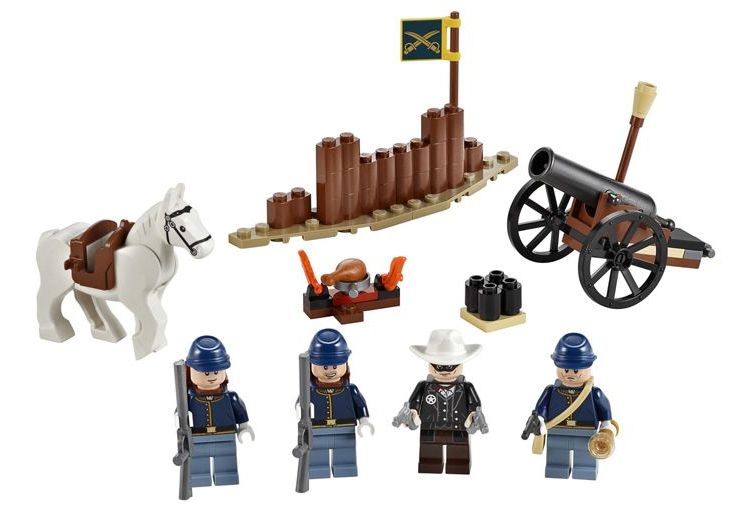 The new Constitution Train or even the Colby City Showdown will definitely appreciate its addition. The expected retail price, around the thirteen dollars, is a bit high even if we compare it to the other lone ranger sets, but I think that these extra bucks surely worth the effort! 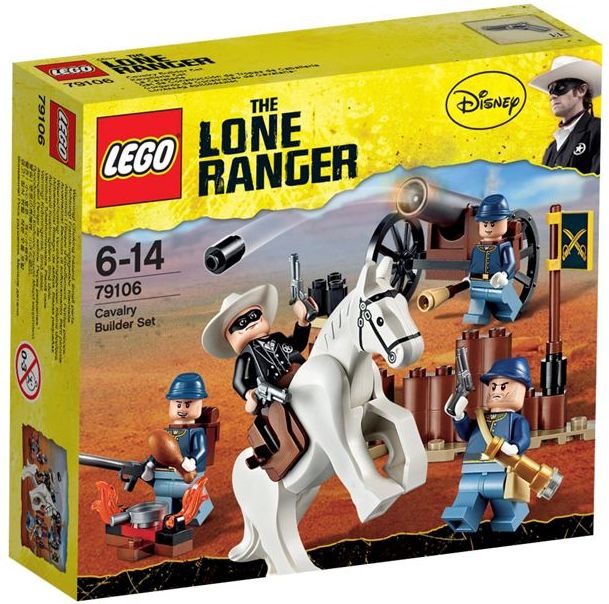