It’s no longer a rumor, they have arrived with a big colored set, the Shellraiser Street Chase. Teenage Mutant Ninja Turtles left the cartoons and movies and finally arrived to Lego with this great set. It might be confused, it might be even strange, and you might even wonder what that big colored thing is?

The truth is that this first set, revealed in the past hours, has two strange vehicles (how do those guys drive the bigger one??), a big yellow, red, pink bulldozer (that’s the best I can remember) with a big red cannon on top, four XXL wheels (the rear ones surely give a nice help to the city tractors), long buffer wheels and a big bar fender at the front. 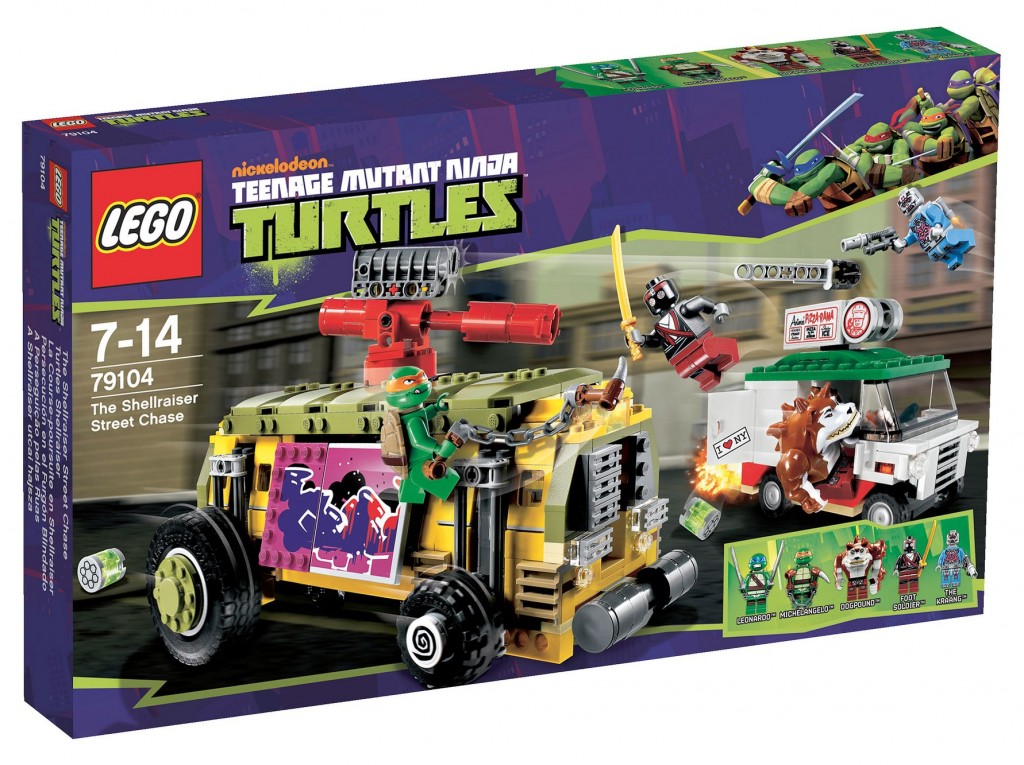 On the other hand the minivan that delivers Pizzas will surely be smashed if it crosses with that bulldozer. Its construction is very simple, dispensing any kind of doors and those tiny little wheels make me remembers the ones used in the little smarts (perhaps these ones are slightly bigger). Finally the publicity boars on the roof are a must. Definitely it’s my favorite part of the van which honestly I don’t think it’s pretty. 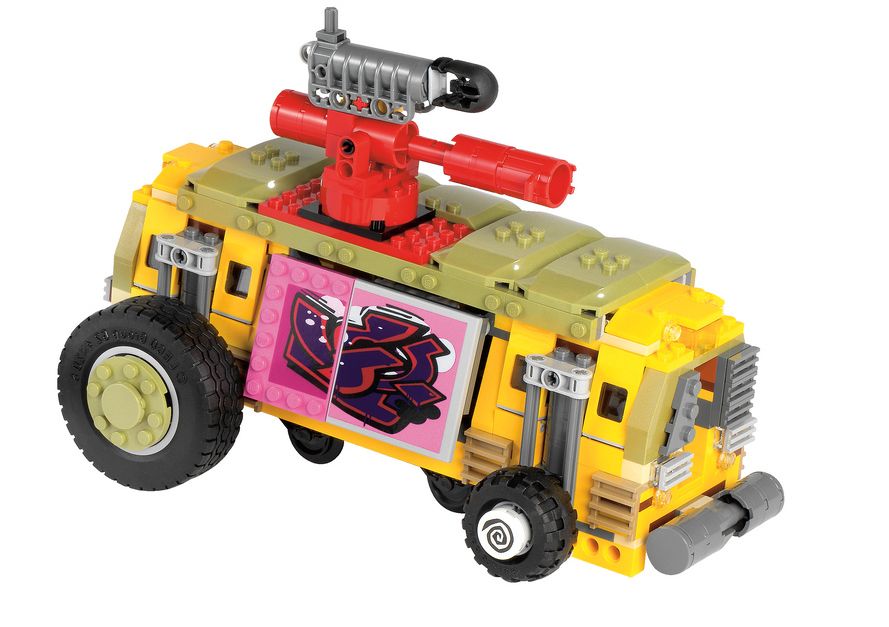 Talking about the new heroes in Lego, this set has five new guys: two turtles which are Leonardo and Michel Angelo, a foot soldier, the big Dogpound and the Kraang. These five are completely new which makes them a good addition to the collection and an added value to the set. 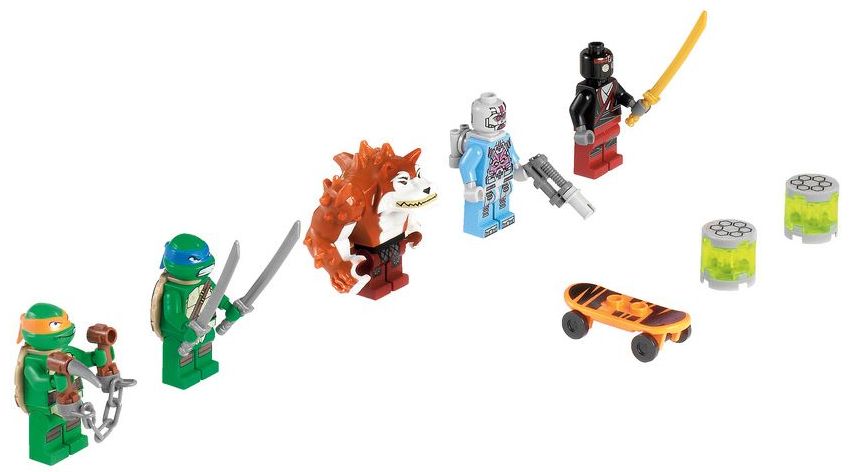 The guys have at their disposal a bunch of weapons and tools to transform the street chase more attractive: besides the big cannon, there are swords, chains, two bombs and a lot of more to fight with. Please take a lot at some additional photos bellow, not only from this set but also from other characters of the theme: