The Turtle Lair Attack is one of the biggest Teenage Mutant Ninja Turtle sets. It has almost five hundred pieces, which is more than enough to build the turtle’s lair, an enormous bunch of interesting features and six (!!) great mini-figures that are Leonardo, Raphael, a Dark Ninja, a Foot Soldier, Splinter the master – exclusive of this set – and Dummy.

This set recreates the turtles’ home with several different levels under the ground, being attacked by dark Ninja and the Foot soldier. Easily we can identity four different areas and a bunch of nice features and small buildings in each one of them. Definitely this is perhaps the beast theme’s set in terms of playability. 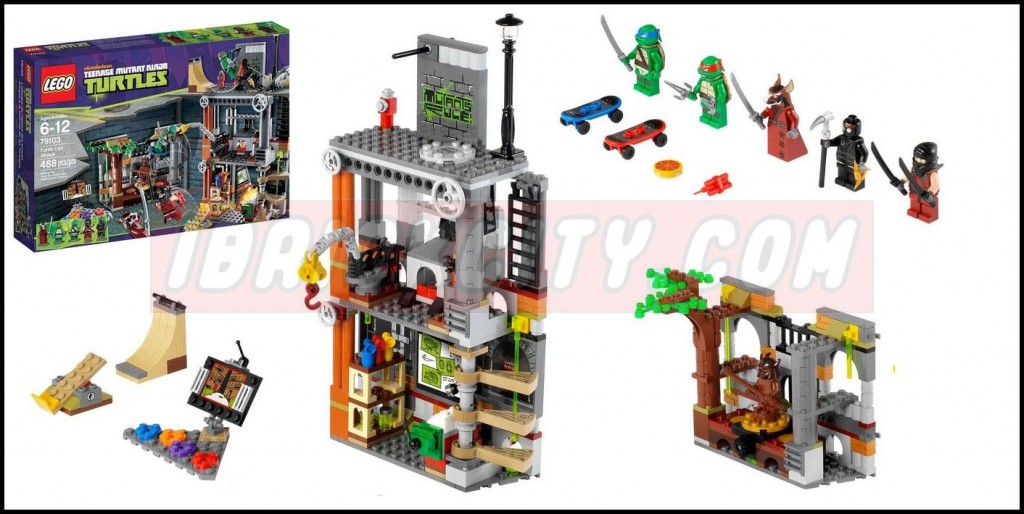 Looking at the main building, in the ground level, we can see a nice skate ramp for the turtles and a manhole which is the entry for the lair. The manhole is quite interesting because it easily opens with the help of a side lever. However the turtles must be careful in here because this is one of the places where dark ninja might surprise and attack them.

Just below it, on the first level, we can see a nice small crane (this part as well as many other easily detaches and can be placed wherever you want to increase the playability) where the turtles train most of the Master Splinter exercises, there is also a hove with a good looking pizza inside and a skateboard rack to store the two skate (there is a blue and a red one).in this part we can see a nice trick just inside the hove that can be used against the invaders. At the back, the hove has a nice launching mechanism that can throw the pizza just by pressing the red piece from behind the building. 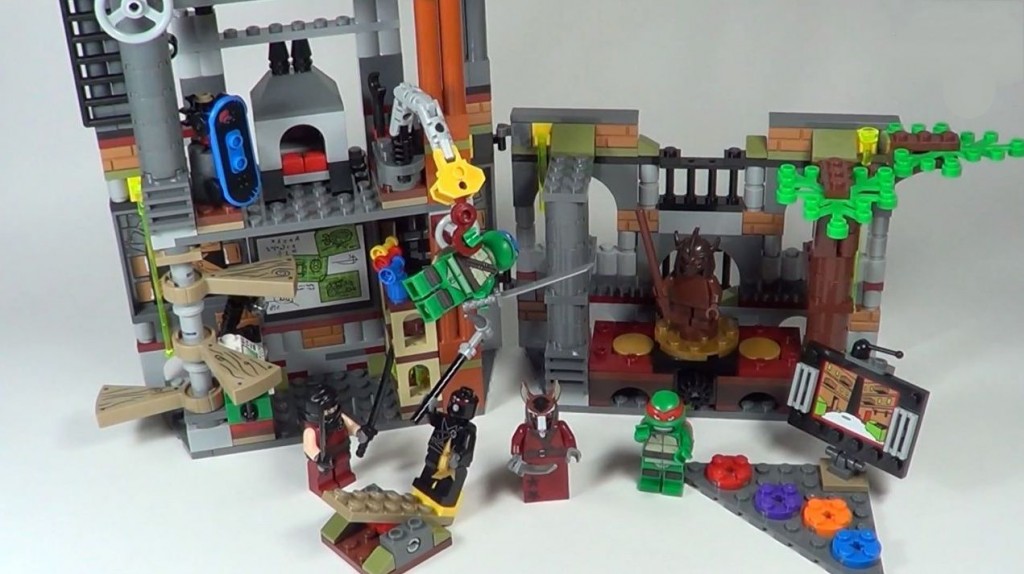 To access the second level there are some round ladders and below we can find Leonardo workbench with some nice tolls that includes a small computer, a couple of shelf with some cans  and a big board on the wall that is potentially an entrance for the foot soldier. Just behind it there are two clips where one of the bad guys can put the dynamite and blow the wall in order to get in. It’s a very interesting mechanism, similar for instance to the Police jails break out.

On the other side, there is a brown dummy for the training, which is placed over a small platform that easily spins the 360º with the help of a small knob at the front.  There is also a nice and considerably large tree that makes me think how does it grown underground with no kind of light?… However it surely adds some beauty to the set. 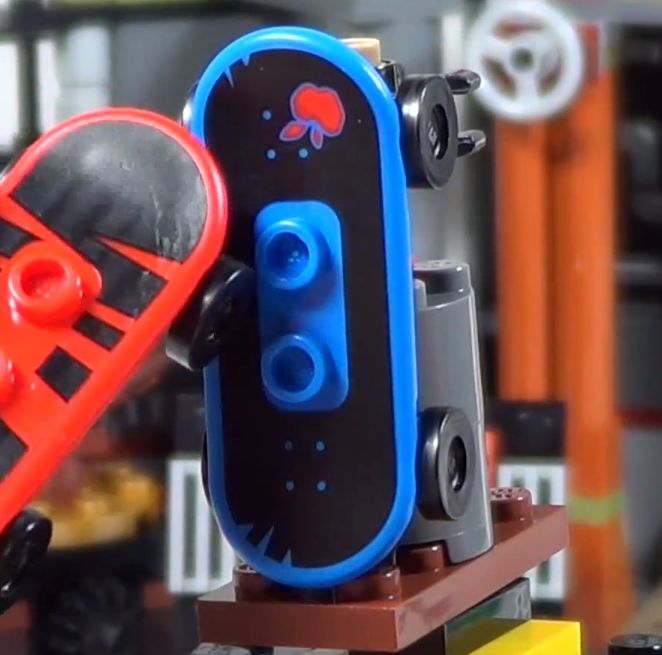 Besides the main building, there are also a few individual building that can be placed everywhere. The turtles have a big flat TV with four seats each one of them with the respective color and there is also a small catapult that is useful not only for their training but also to attack the foot soldier. 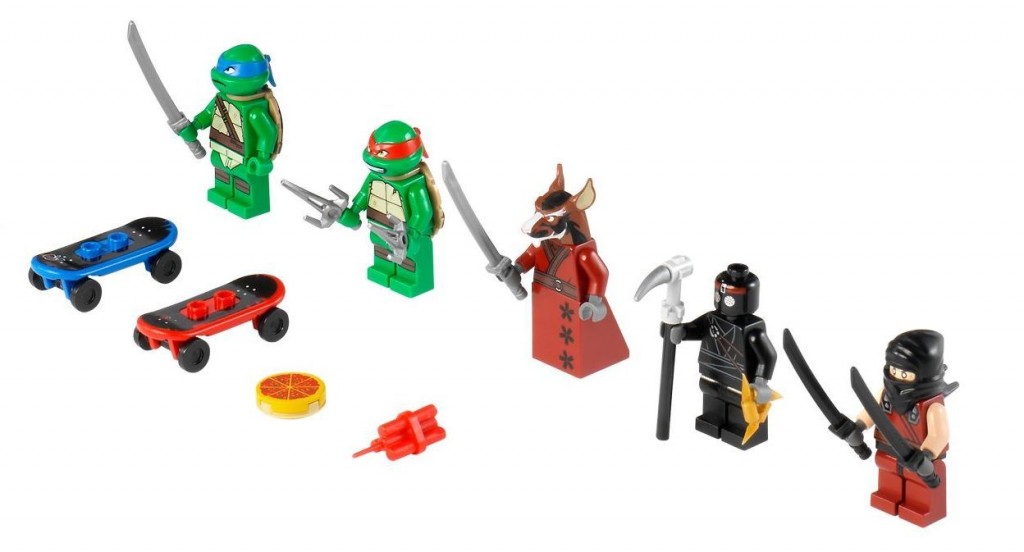 Globally this is for me the best Teenage Mutant Ninja Turtles’ set until the moment. The set has plenty of features, a bunch of different colors, lots of playability, six great minifigs, and the price around fifty dollars looks fair. Please have a look at the extended galley, below: