The Stealth shell in Pursuit is a new Teenage Mutant Ninja turtle Set with more than one hundred and sixty two pieces that includes three mini-figures (that are Raphael, FishFace and a Foot-soldier) and two vehicles, the stealth shell for Raphael and an escape vehicle for the exclusive Fishface.

The Stealth shell is a three wheels vehicle with plenty of different colors, unusual big wheels (the front tire has half the width of the wheel) and a strange cockpit. This part of the vehicle, made with some sharp pieces, opens widely until the back in order to let Raphael get in and assume the driving position. 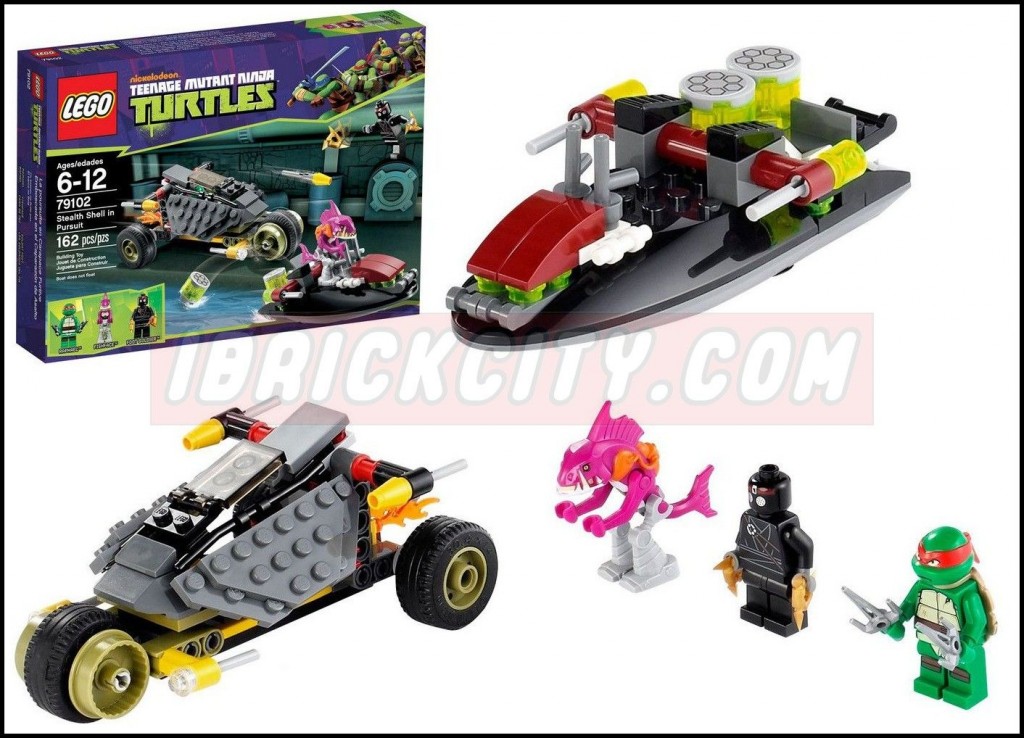 Once more, there something strange here, because Raphael drives the car, lying down in the seat. How can he look to the road and see the way he goes? Besides that detail, the turtle has at its disposal a couple of handlers or controls that will allow to not only drive the vehicle but also to shoot the flick fire missiles. At the back, a couple of flames come out from the exhaust pipes and make definitely a good look. 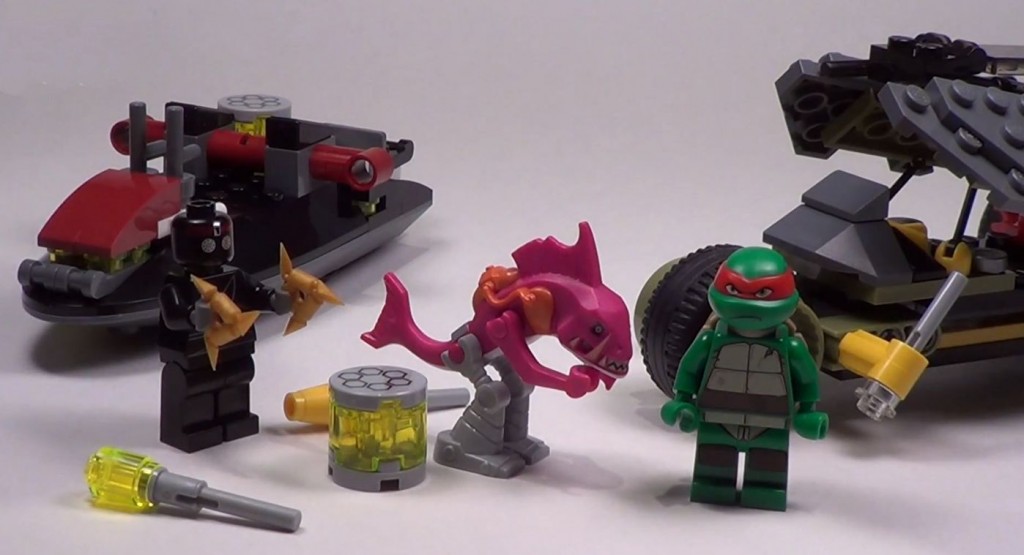 The fish face vehicle is a sort of small boat, at least the structure is similar, but its features are huge. Besides the control parts, there are weapons everywhere. On both sides, a couple of missile launchers look ready to attack Raphael and at the back a small launching platform allows to throw a couple of barrels against the Stealth Shell, complicating that way the Raphael’s pursuit. 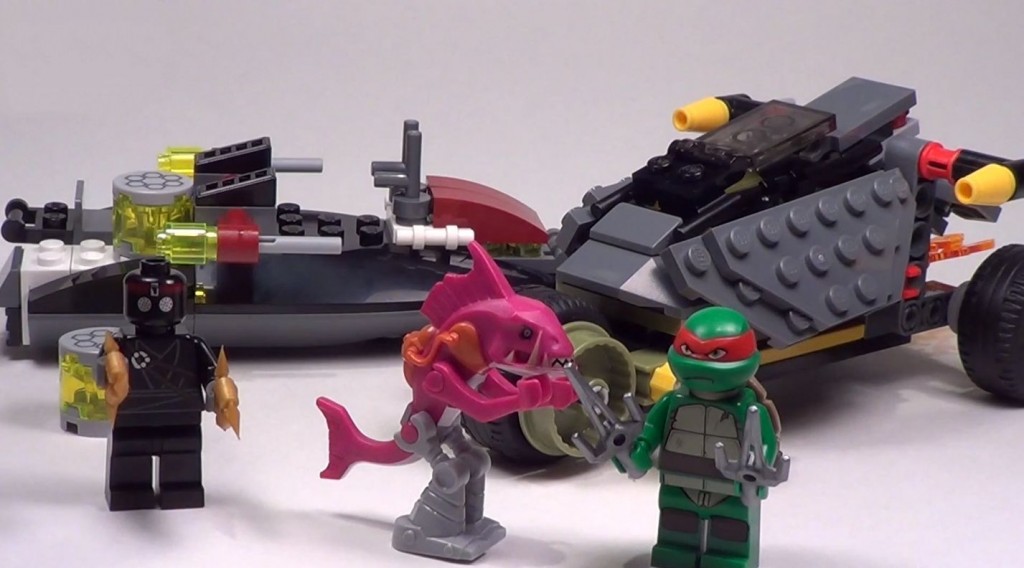 Globally, for about twenty dollars this is surely an interesting set to buy in order to get familiar with the theme. The vehicles look great, with a bunch of nice details and the three minifigures are also a good addition to any collection, especially the Fishface that for now is exclusive to the set. 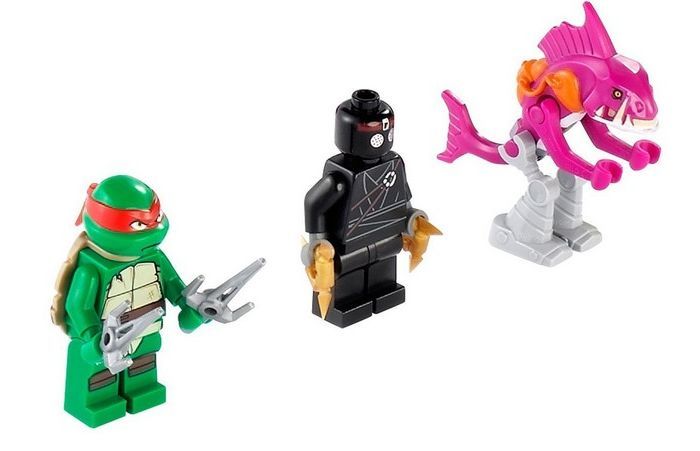 Please have a look at additional pictures: