The Kraang Lab Escape is a new Teenage Mutant Ninja Turtles’ Set with ninety pieces, which makes it, at the moment, the smallest set of this theme. First of all, I must say that I don’t remember any of these features in the cartoons or even in the movie, but I suppose that all of them together intend to recreate something.

The set has two mini-figures (Michael Angelo and a foot soldier) and Kraang, the pink Octopus. Both are quite well accurate with nice details, where I especially highlight Michael Angelo’s scarf and shelf all the soldier’s printings. There is also pizza for Michael Angelo and some chains and blackjacks to fight. 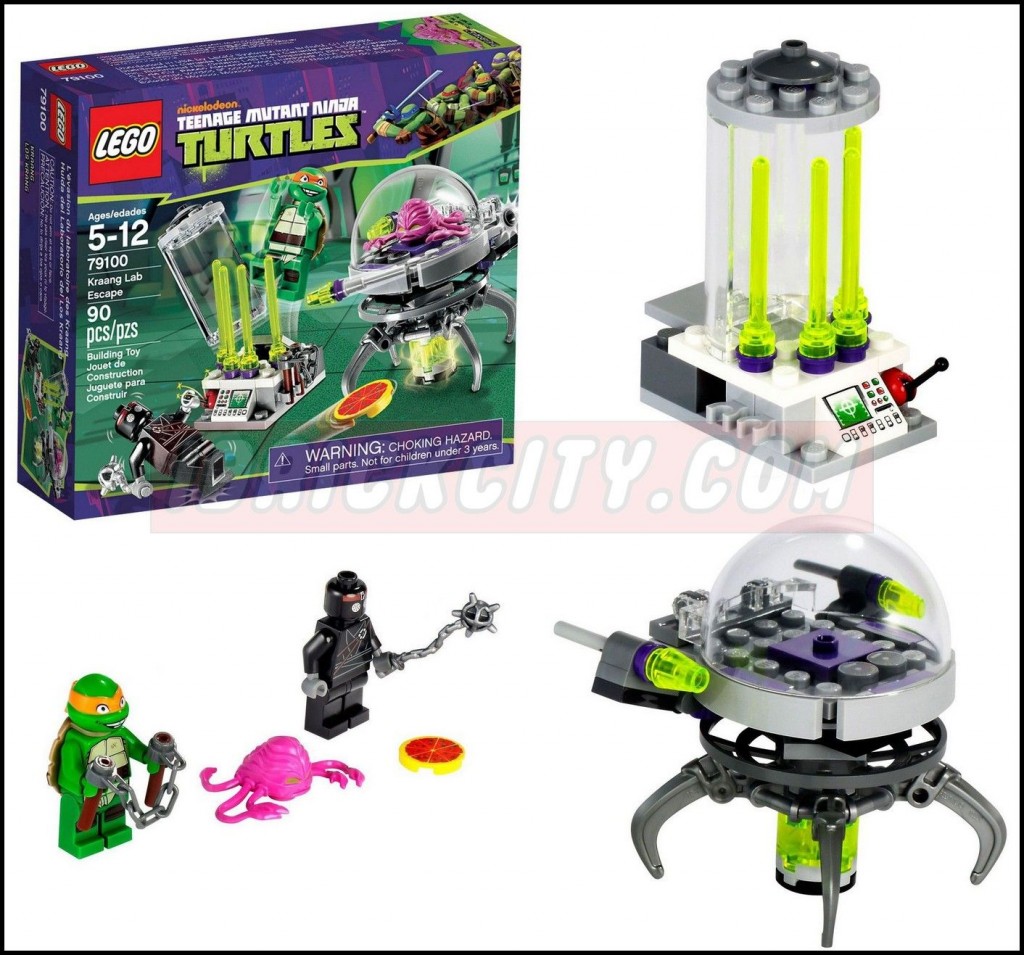 The Kraang’s Vehicle looks very nice in terms, not only of building, but most of all in playability. The cockpit has a round and transparent piece with a slot in middle to steady Kraang to the structure and the top part of the vehicle turns 360º, independently of the base which is really very nice to play with. On the other hand, it easily detaches and transforms on a little craft vehicles and a couple of flick fire missiles on both sides. 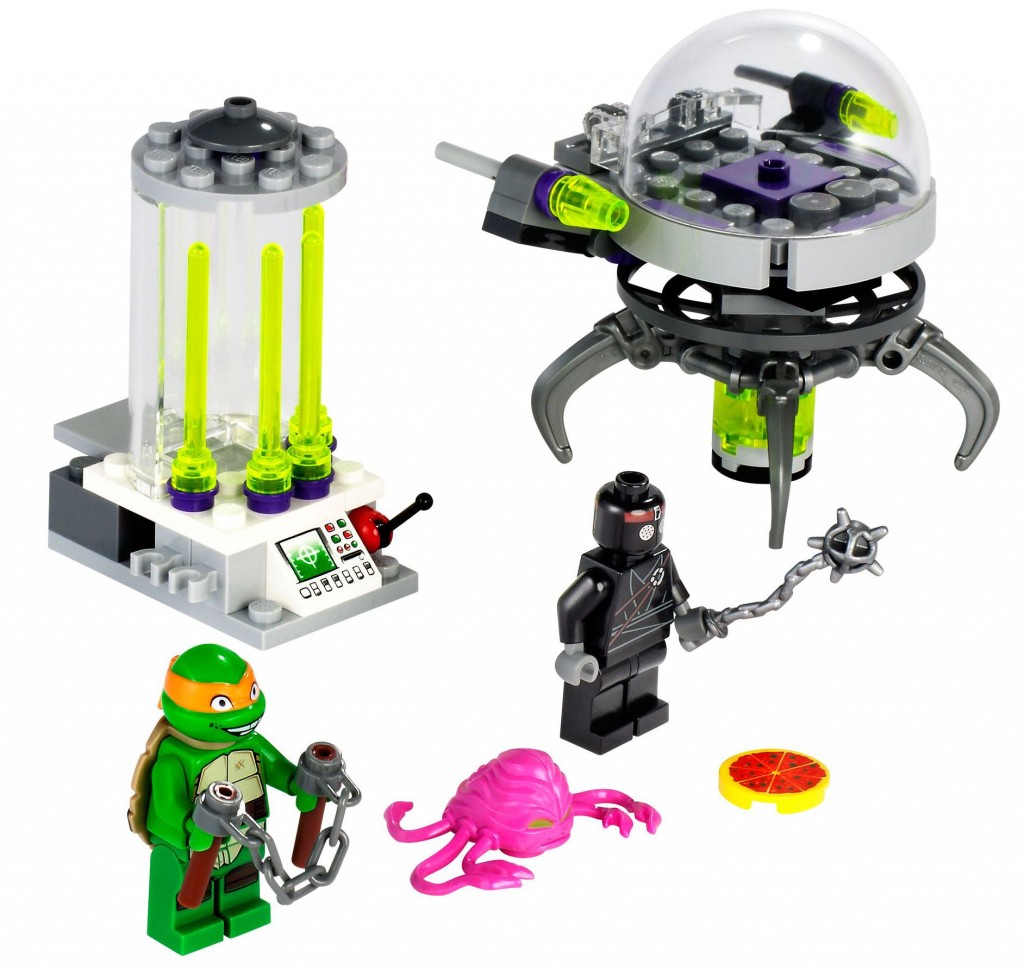 The little Kraang’s lab is also very nice with some interesting features. First of all let’s have a glance at its look. Four long yellow and a big shield arrest Michael Angelo and prevent its escape. There are some also controls and a panel for the black soldier to “control” these barriers and best of all, on the opposite side there is a lever that projects Michael Angelo, busts the shield and allows the escape from the chamber. 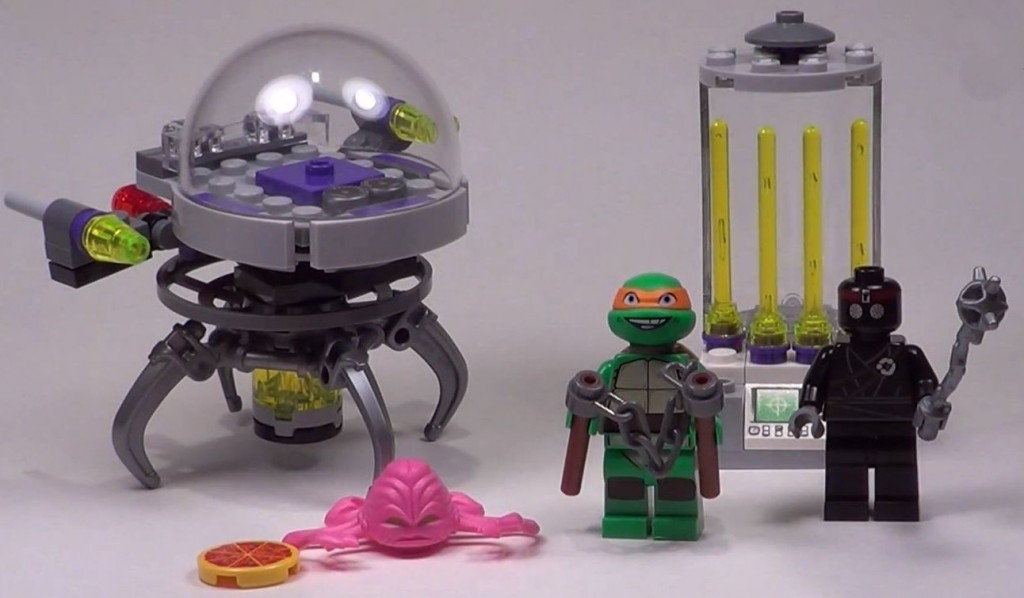 For about twelve dollars that’s surely a nice entry set, with plenty of features and two nice mini-figures to add to the collection. Please have a look below at some additional pictures: