Seven years have passed since this model was launched but globally it’s still actual and when side by side with some newer models I would say that it competently passes the test. The Rescue Helicopter is the most recent addition to my Fire Station and gladly came to my hands thanks to my Brother in Law who gently gave it to me.

This 2006 model has around two hundred and fifty pieces, which includes three mini-figures (two paramedics and a survivor) and at the first glance this helicopter, when completely built, is much bigger than the pictures (especially the officials) might suggest. 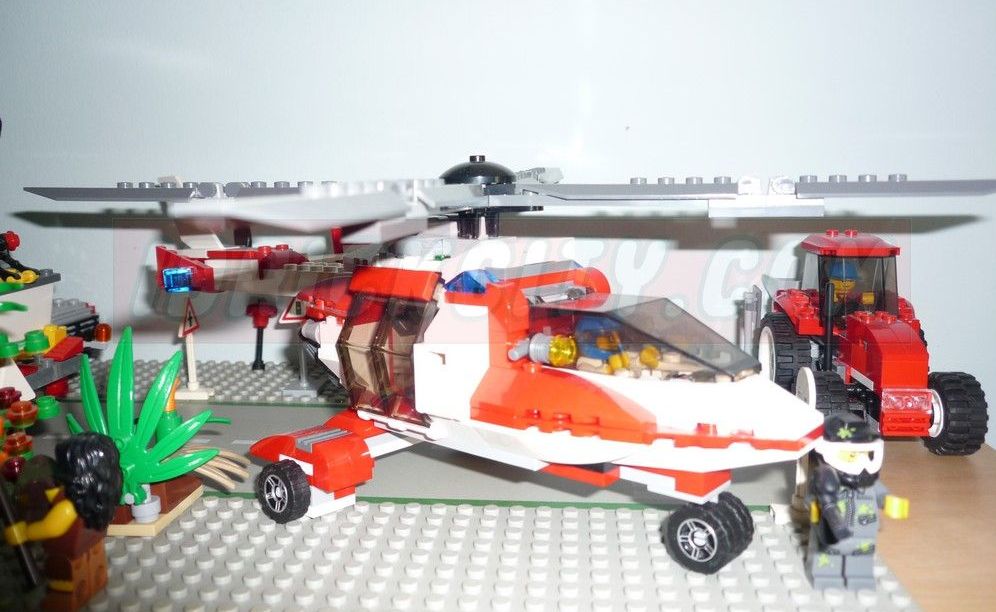 In terms of building, despite most of the parts are symmetric, it uses several bricks of completely different shapes from each other mixed with a few interesting details, namely for instance, the side winch and the back door which gives access to the main compartment which millimetrically has space for the stretcher.

At the front, the long cockpit has more than enough space for the pilot and for a few decent handlers. The windshield opens easy and widely which in terms of playability is always pleasant and just aside the pilot, outside the cockpit, the aircraft has a couple of yellow spotlights and two small compartments in order to store some useful rescue tools. 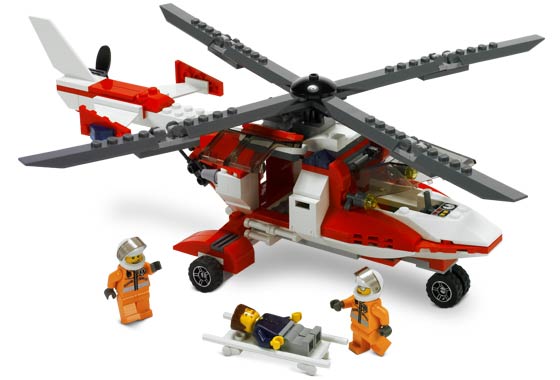 The middle compartment is obviously the major point in terms of fun. The side winch not only works perfectly but also moves out the craft allowing several rescue positions. Next to it, the small windows can also move up and down for the paramedic to assume an active position towards the rescue theatre.

Above all this, the engine and the big propeller, together with the sturdy landing, gear give this model a very competent look, capable of fighting side by side with many other actual models. Globally it’s was absolutely a good addition to the heliport!