The witch King Battle is a new Hobbit set that will hit stores near next Christmas. With exactly hundred and one pieces, it belongs to the Battle of five armies’ wave and features a small wall with a couple of features and three mini-figures (Galadriel, The Witch-King and Elrond), all with assorted weapons or accessories.

The small wall is built with plenty of little elements and brings a nice old tree with a red bench on top, just in the middle, dividing the structure in two. On the left it is possible to see, just behind the small arch, a small catapult which is always pleasant in terms of playability! 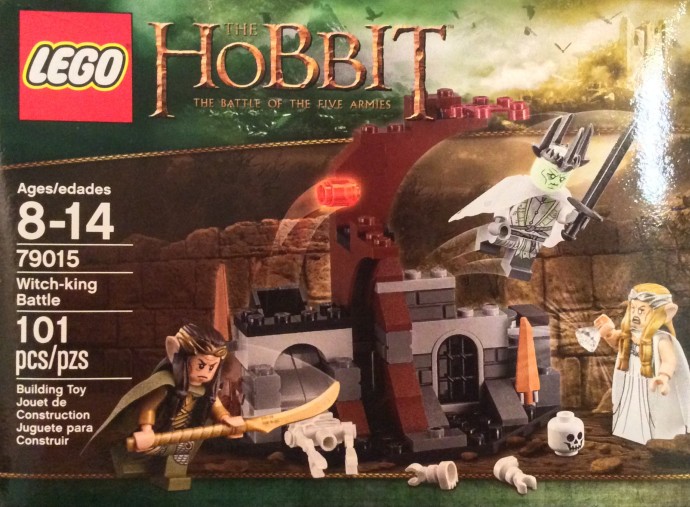 The right side has a nice detailed wall with a small window and is, at the same time, the place where the witch King stands and watches the other guys. A white skeleton makes also part of the set giving it an even more terrifying look.

The three mini-figures look outstanding with plenty of really nice details, the King with the strange crown and a printed body is definitely my favorite, but I guess that all the other are also an added value to any mini-figures collection.

Globally this look another great entry set. The price, around the fourteen dollars, looks a bit heavy but is in line with the rest of theme, the wall is always a nice complement to the bigger sets as well as the mini-figures that once again look simply great! Enjoy the set box picture!