The Dot Gulder Battle is a new Hobbit set that has recently hit stores. With almost eight hundred pieces, it brings a big fortress with three distinct walls, a small statue, a hanging jail and six scary mini-figures: Azog, Gandalf, a couple of Gundabad Orcs, Necromancer and Radagast.

First of all and as you can see through the pictures, this big fortress is strategically prepared to join the smaller Dol Guldur Ambush (79011) making both in an even bigger fortress capable of making shadow to bigger sets.

Despite being a unique building with a long crenellation, looking to the front, the structure is clearly divided in three parts: on the left there is a big black gate, on the right a three level tower that is the tallest part. Finally in the middle there is a mysterious entrance with a sliding door and lots of fearful elements. In the front of these, a small pedestal with a grey statue that hides a mysterious ring looks absolutely impressive!

If there were any doubt about the great playability dose that this set has, the images ensure to dissipate them. There are, definitely, a few interesting features that will certainly provide many hours of fun. If not have a look, in the center there is a magic wall, which basically is a wall that rotates 360 degrees allowing Necromancer to easily appear and disappear. 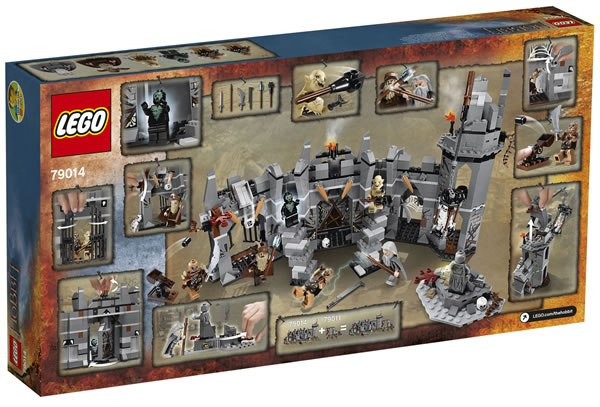 There is also a small cell with a nice crane that can easily carry any of the six mini-figures, the gate on the left side open easily, awaiting the entry of Galdalf or the Wizards to throw them a couple of skulls Outside the fun continues with a small catapult capable of throw some rocks over the wall.

But if you think that it’s over, forget it, because just below the statue, in the front of the fortress, there is a beautiful hidden ring ready to be found by Galdalf, and all around the fortress you’ll find plenty of trap details such as the spider web, the swinging blades and spikes and of course a bunch of different weapons for these six guys, such as a mace, a couple of axes, three swords and two black staffs. This is definitely one of the most extensive list of nice features to play with!! 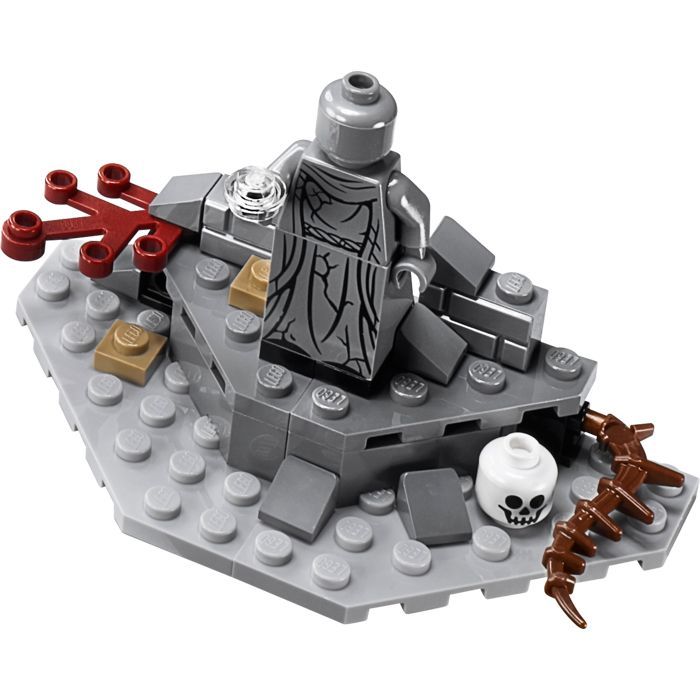 Overall, I think that the Hobbit fans won’t think twice when they put their eyes on this set. As I said the playability is huge and the possibility of joining it with the smaller Dil Guldur Ambush making this fortress even bigger is surely tempting. Now, unfortunately, the bad news: ninety dollars is what it costs but I think that it definitely worth it for an endless number of reasons! Enjoy the gallery!