The San Diego Comic Con was again stage of the presentation of a new Lego set, the Hobbit, Lake Town chase. With three hundred and thirty four pieces it will features five new mini-figures (there is no confirmation of their names but is easy to find Bilbo Baggins and Thorin inside the boat) and two small buildings.

The new Lake Town Chase seems to recreate, according to the picture details, the scenes where the five heroes reach the lonely mountain, Erebor. Despite the dark color scheme of this set, my first impression is that all the three elements are quite interesting and with some really nice details. 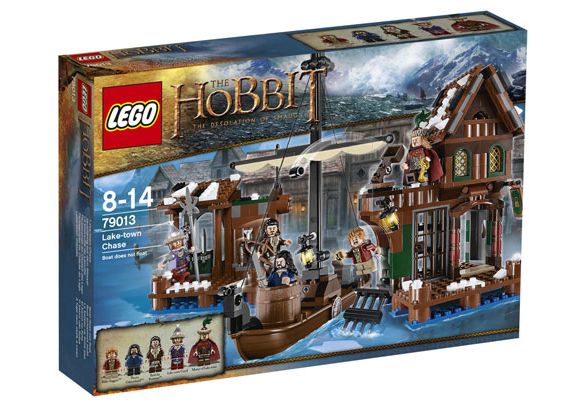 My favorite part is definitely the boat. It is quite different from all the rest, including the other hobbit sets, and looks pretty accurate. With a big central mast and a retracted sailing the boat has also a small catapult which according to the pictures looks rotative and a big barrel at the opposite edge. 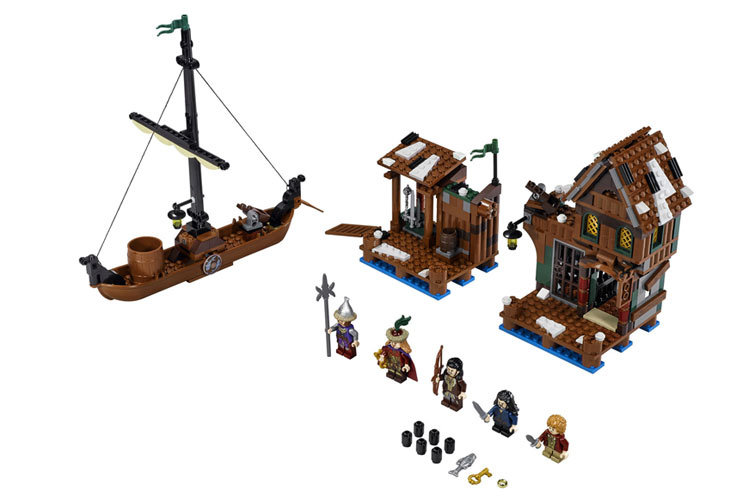 The smaller building is a watch guard, made up on the water, with a fearsome guard (probably Bard the Bowman) and seems pretty easy to build. At a corner there is a sort of bridge for the small boats (actually it uses the usual ladders piece) and in the outside it is also possible to see a small barrel with a fish inside.

The biggest is also the more interesting. It has two levels and in the first we can see a sort of jail just next to the entrance. The two mini-figures nearby are simply outstanding with a high detailed body (I especially enjoyed the guy with the heat). In the first floor it is possible to see a small catapult and a small room with no kind of connection with the first floor. 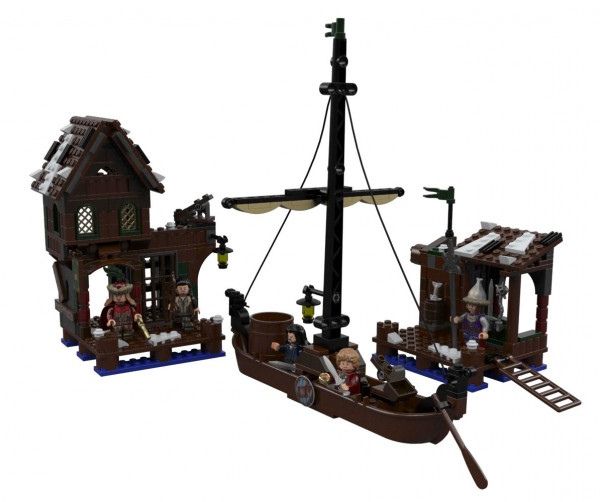 With a released date planned for next December, it will retail around the fifty dollars which seems a bit heavy according that it has only a bit more than five hundred pieces.