The Dol Guldur Ambush is a new hobbit set based on the second movie, The Desolation of Smaug. With around two hundred pieces, this set brings three nice mini-figures (Beorn and two Gundabad Orcs), a small mobile catapult and some interesting ruins filled with a couple of interesting traps.

The Ruins are built mostly with grey pieces mixed with a few light brown sharp spears and a dark red tree at the front. At the front, there are sharp shapes and little bricks everywhere which is pretty nice not only in terms of design but also if we consider to join it to the bigger Dol Guldur Battle (79011). Yes, there is a possibility of combining these two sets transforming them into a bigger fortress. 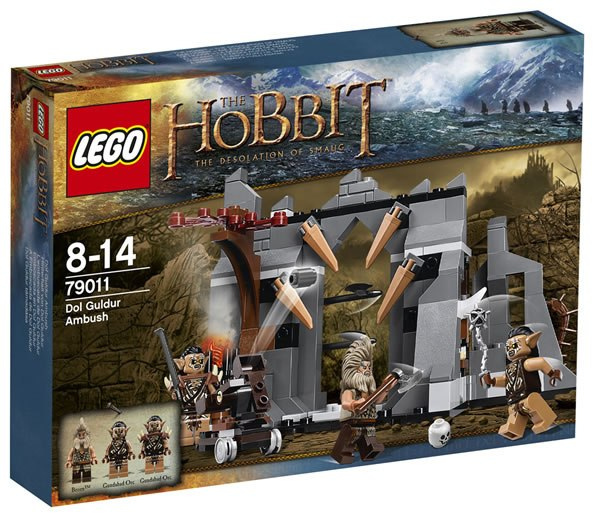 At the back, the action begins.  Near the central entrance, there are two black axes stuck to the wall, which can be easily triggered to fade away anyone that passes nearby.  At the opposite side there is also a small trap that uses the same trigger mechanism and easily hits who surpasses the entrance.

But the weapons don’t end here, because there is also a small launcher at the corner that easily fires… I‘ll call it a stone but in true it’s a usual flick fire missile. Finally the Gundabad Orcs have at their disposal a small catapult with front wheels and a usual mechanism that is capable of throwing rocks at a considerable distance. 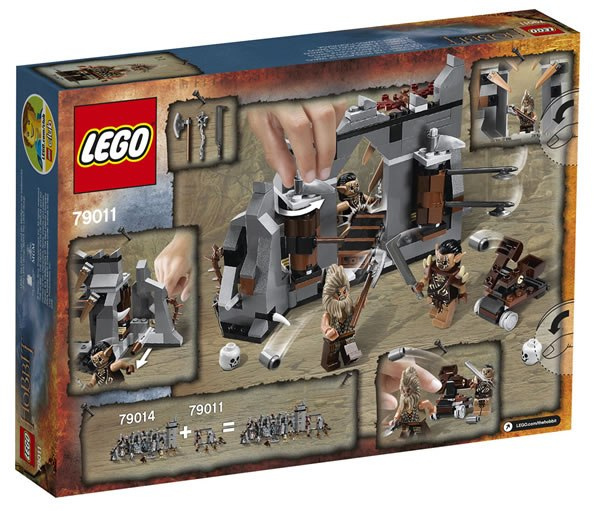 Beyond this slaughter there are also a few nice details such as the couple of skulls, a few white bones in the walls, the brown and scary bush with some peaks and most of all the extremely accurate mini-figures. Globally for less than thirty dollars this looks a nice deal with plenty of action and with the spoken possibility of addition to the bigger Dol Gulder Battle. Have a look at the oficial images: