The biggest hobbit’s 2013 set until date recreates the moments of the movie where the little heroes are caught by the small group of goblins, and taken to the deeps of the goblin cave, where the Goblin King dictates his laws and wait for them to suffer all the consequences of its enormous anger.

With eight hundred and forty pieces, the set also includes eight highly detailed mini-figures which are Orc Kink, Gandalf, the three little Dori, Nori and Ori and three Mountain Orcs that are exclusive of this set. Prepare yourself because beyond all the mystic and beauty of the set there are also a bunch of nice features, a lot of different weapons and traps. 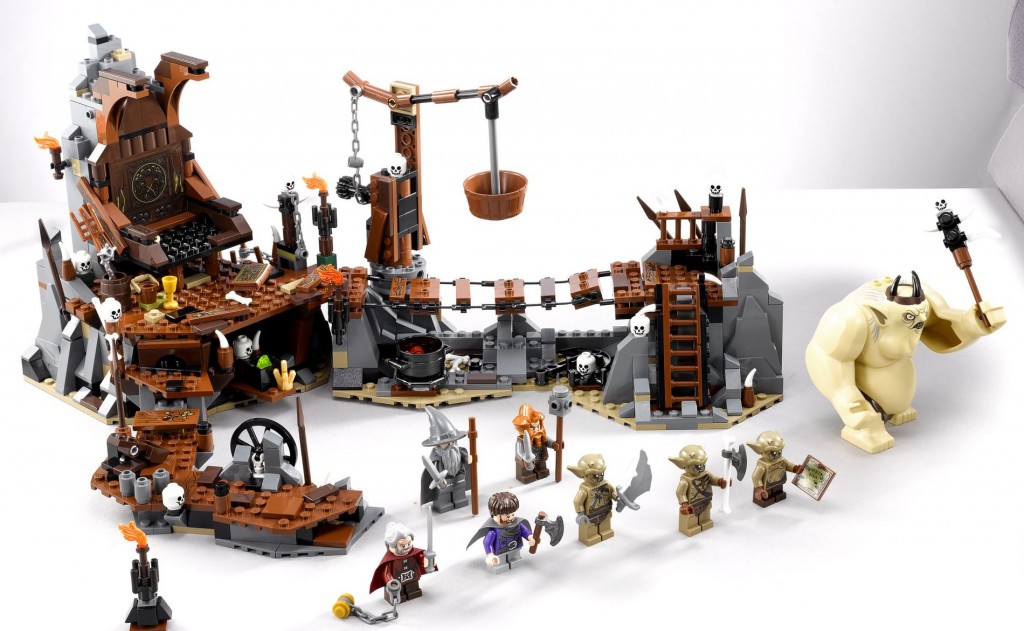 Among all that nasty look, there traps everywhere. For instance on one of the edges there is a ladder which looks pretty safe but a single click on a mechanism it just disappears and the little mini-figures is certainly projected.  Next to it the very old bridge easily falls down thanks to another mechanism placed just right behind the ladder. 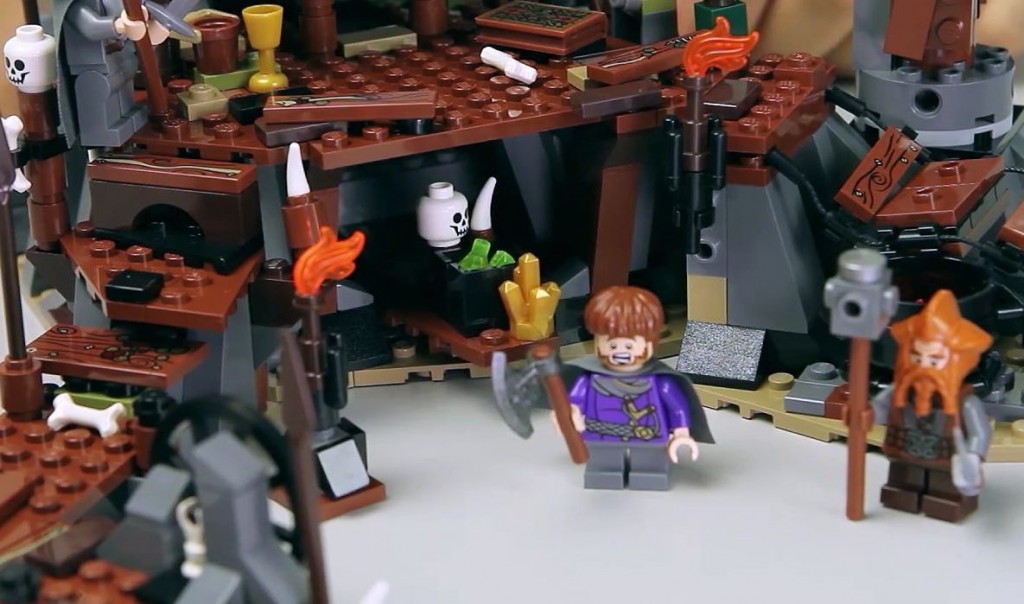 In the middle of the structure we can see the big throne and just next to it, and in front of the bridge, a big crane where a small goblin apparently controls everything of what happens inside the cave. Just below the throne, there is a hiding where the Goblin King silently stores its big treasure.

Inside the cave, we can find a bit of everything, bones, skeleton, skulls, food, drink, weapons, chains and even at one of the edges a nice catapult. Galdalf is also very nice. Although present on other sets, I never get tired of looking at it. 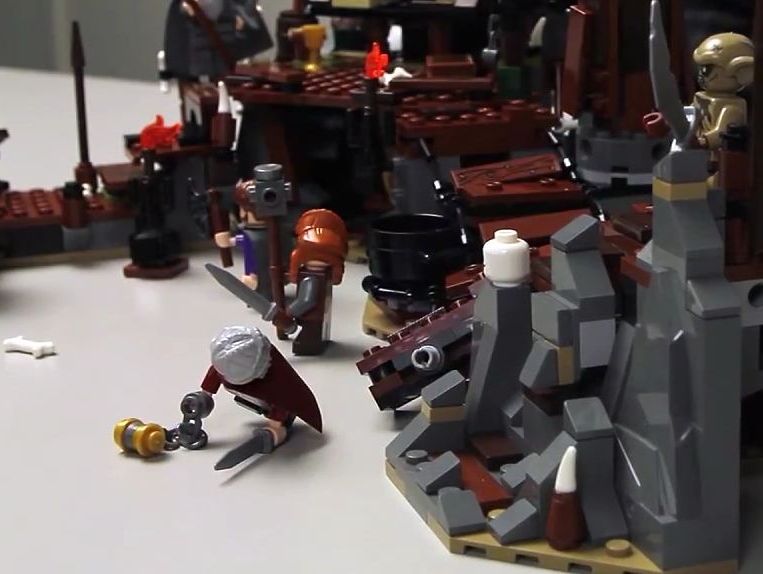 Gladly this set with a bit of luck will be available on stores before Christmas but be prepared because hundred dollars are always hard to spend even if the set deserves it, which is definitely this case. Please have a look at the new pictures, below: