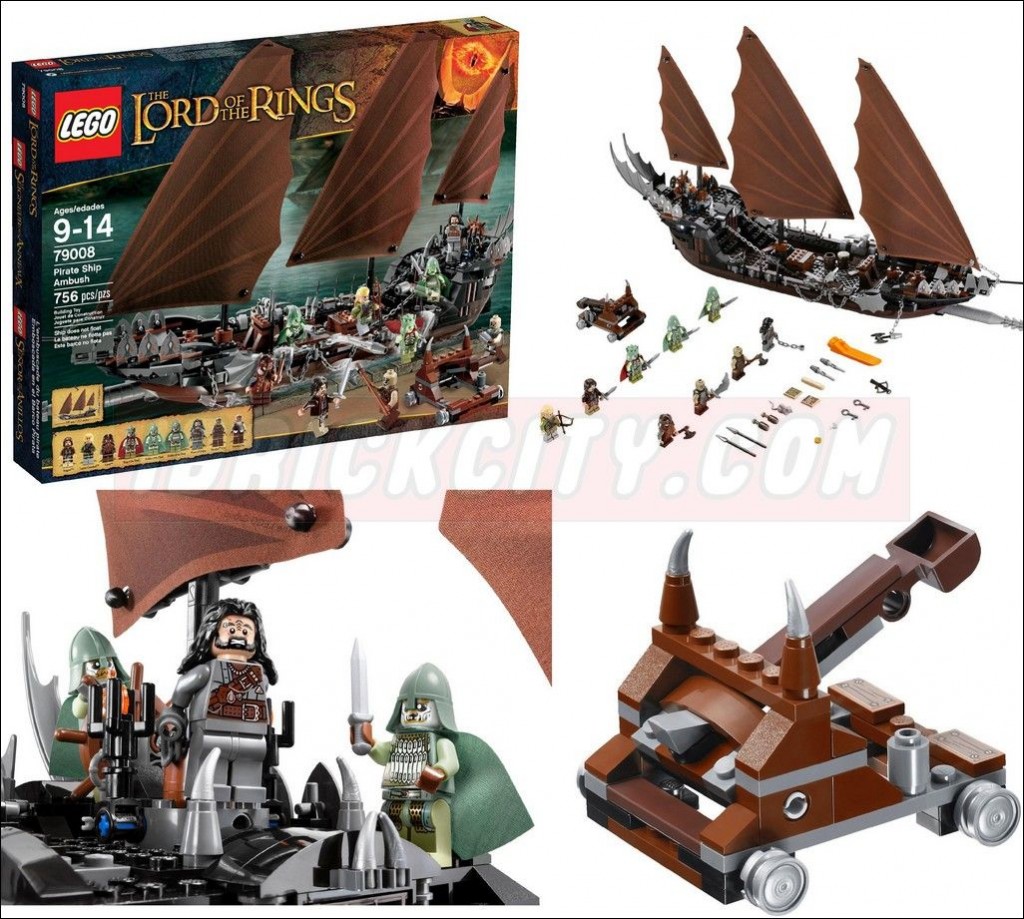 At the first glace, I must say that this boat couldn’t more detailed than this. I guess that there isn’t a single piece or block or space that doesn’t have a feature or an unusual element nearby. It’s absolutely amazing through that perspective. Even the mini-figures have a bunch of tools and weapons to fight with. Swords, axes, cross bows, spears, and even flick fire weapons are just examples of the bunch of stuff that these guys have.

The structure although similar to other ship’s models (that was clever from Lego, because some of the main pieces were present on other ships, allowing using multiple pieces that were already created) is definitely rather pretty, showing and representing the spirit and all the surrounding of the middle age. 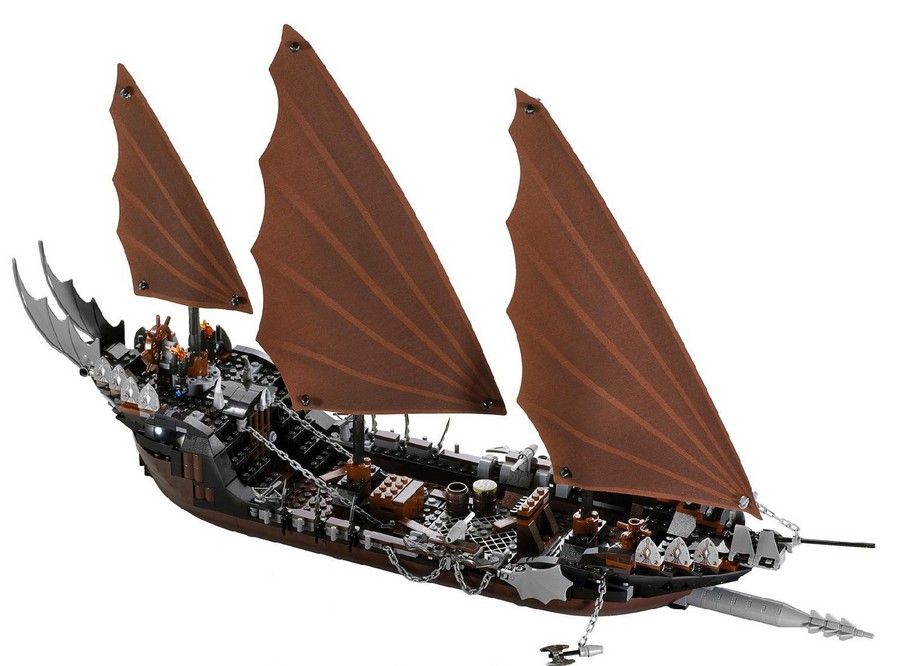 At the front, in the bow, we can see one of the three big brown sails and a lot of sharp pieces all over the edges. There is also a nice mechanism for the anchor, triggered and controlled thought a lever that easily allows dropping it to the sea and pulling it every time the ship wants to sail.

In the deck, is where most of the fun is placed and even the second sail isn’t capable of embarrass it. There are two small cannons, one on each side (actually they‘re the usual flick fire missiles) and two small barrels that allow not only to store the extra missiles but also the necessary gunpowder. 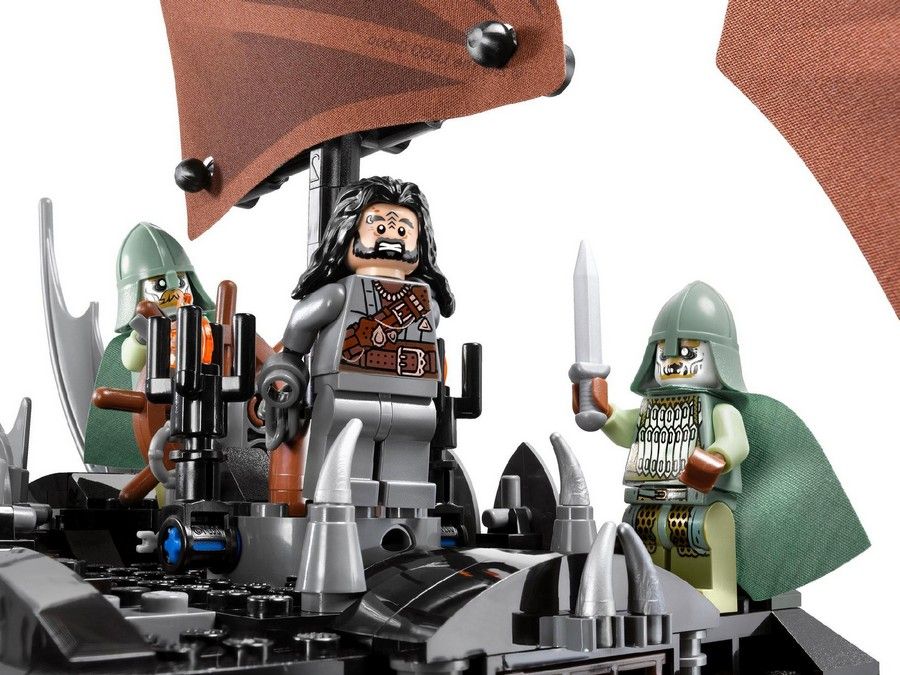 There are chains everywhere, not only in the inside but most of all on the edges, a couple of them make a sort of passage to the interior (I guess that might be a cell) and there is even space for a sort of rack to store the spares, swords and also a small compartment that among other things is good to put the captains whisky.

The stern for me is absolutely the best part of the ship. It is simultaneously the ship’s bridge where everything that it handles. The rudder is absolutely perfect and can be accessed through a couple of black ladders, the sharper pieces (they look printed…) are fantastic and the third sale surely is perfectly placed there. 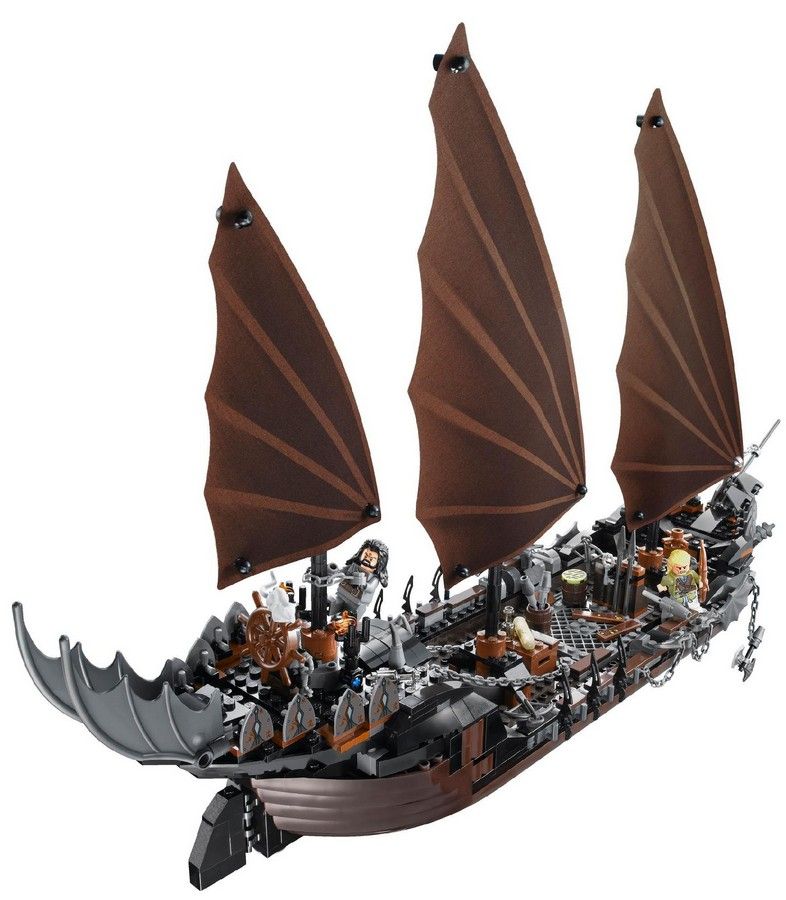 Outside the ship, the two Murdor Orcs have a big catapult to fight back the ship’s cannons and all the seven enemies. This catapult is nothing much, it is easily built with little small pieces and it seems to treat the guys very well. Globally, all the nine mini-figures are rather accurate and the death army, perhaps because they’re new, surely caught all the attention.

Overall, the hundred bucks seem a bit heavy but it’s in the same proportion of the other theme’s sets. The ship is outstanding, very pretty for sure, the playability is also very good and after all, this Pirate Ship Ambush surely deserves the financial effort! Please have a look at the extended gallery: