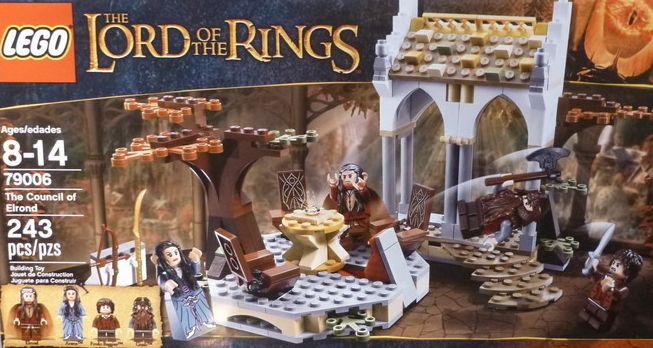 These last features have absolutely nice details: the round table is made mostly with golden bricks with a central stud to put the Ring and the three brown seats are movable which is always pleasant. The tree is similar to so many others present in other sets with the major difference that this one has some unusual orange branches. And the cherry on the top of the cake, a small catapult, near the seats, ready to eject any unpleasant guest. 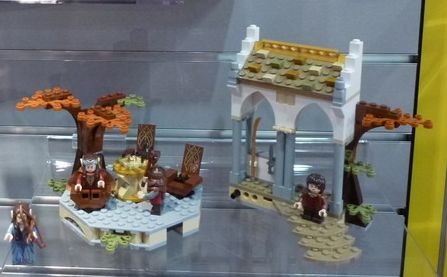 Continuing, the small building is rather simple. Made with white and grey shades, it has two tall arcades, a place to store some swords, four steps that nor only give access to the arcades but most of all improve the structure’s balance, a tree at the corner and finally an interesting technic pin that suggest that both blocks can be attached.

Having a look at the mini-figures, I must say that they are perhaps the best part of this set. All of them have weapons and they’re pretty accurate with special relevance for all the body printings. 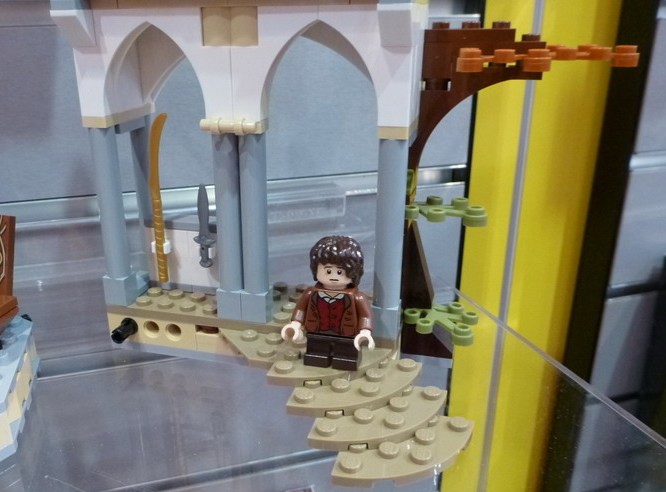 Globally this is not a set with too much playability but on the other hand the spirit of the Rivendell fellowship is nicely retracted. My only issue concerns only about the small building. It could easily (I know that it would probably increase the final price) be a bit more complex if we compare it with the movie! But I guess that this is only a minor detail that doesn’t obfuscate all the beauty that this set has. Thirty dollars is how you’ll have to spend to achieve it!