This is definitely a set only for the real Lord of The Rings’ fans, or alternatively for those who like mini-figurers and wish to add the exclusive Saruman to the collection. Because honestly, the set’s playability is almost zero, the only chance is to put it near a bigger set such as the new black gate (79007) to have a minimum of fun.

The set tries to recreate the scene of the Fellowship of the Ring’s movie where Gandalf fights against Saruman on the Top of the Tower Orthanc. With a hundred and thirteen pieces, this set brings two exclusive mini-figures (Saruman and Galdalf with hair), a small black tower and a platform with an orange seeing stone. 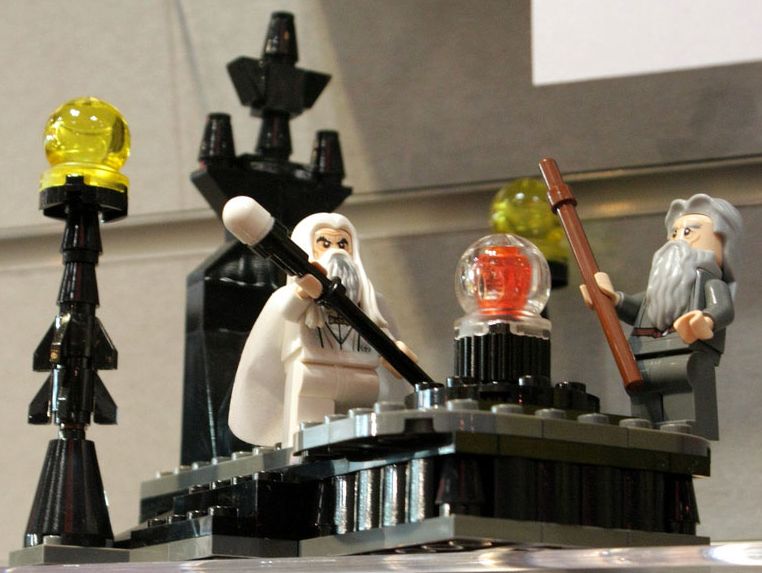 The set in my opinion is not particularly beautiful and I guess that the only interesting point is the two new mini-figures. In terms of building you can´t also expect too much, but the cause this time is obviously the small number of pieces. Having a look at the two characters, Galdalf the Grey this time has hair, instead of his wizard hat and its torso looks pretty detailed. As it concerns to Saruman, just as in the movie, he is completely white, with a long cape and big beard. 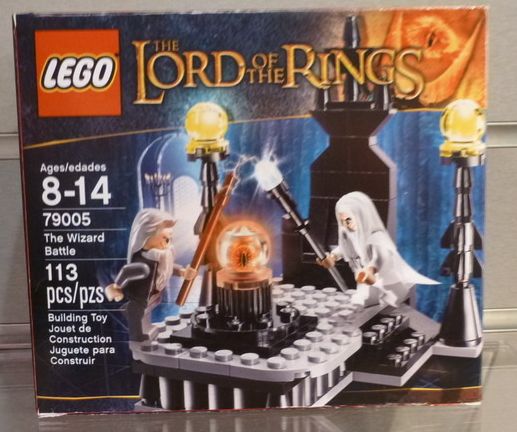 Globally, the thirteen dollars look fair, according to the theme and to its piece quantity, but you really have to be a true fan in order to get it, because definitely this is not the best set to play with.