The Escape in the barrels is another set from the new theme, The Hobbit: An Unexpected Journey. This new set recreates a moment from the new movie that will be released, hopefully, late 2013. The action takes place about sixty years before the Lord of the rings episodes with Gandalf and thirteen dwarfs starting a big journey against the dangerous Smaug.

The idea is that Bilbo Baggins enters in the basement, where are the prison’s cells, and release the two dwarfs, that are Oin and Gloin, avoiding the two guards, Waldelben and TBA Wood. How is he going to make it? Without making noise he will pass through the guards and open the cells with a key. 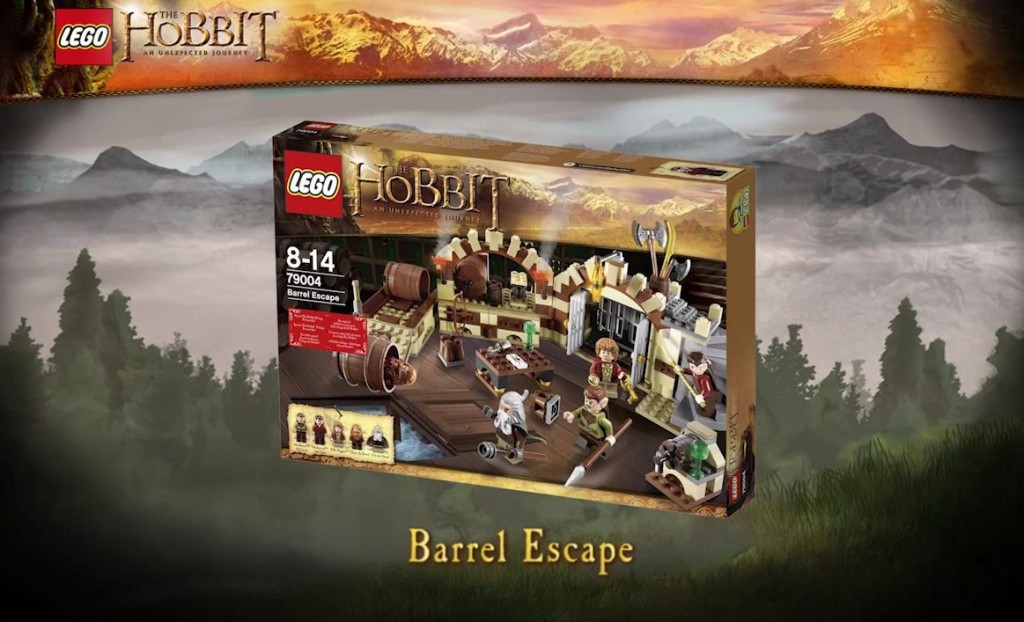 Next, the two dwarfs will hide in a couple of Barrel and then thrown to the river.

Well, this looks interesting for a movie but how will it be on a Lego set? Here start two great features. Besides the key option, Bilbo has a nice side handle to simply blow the cells doors. Once out, the poor dwarfs are putted on a couple of barrels and with another lever easily roll to the river and escape from the two Elfs.

Talking now about the entire set, the color combination is pretty well chosen. The three tones of brown, combined with grey, suggesting steel and wood, are really very good. Besides the cells, the set have also a small table and a couple of chairs for the guards, as well as some goods and weapons.

As you can see the set will have five mini-figures and an expected price of forty dollars. Luckily, if you like this theme, it only lack one month to be released on stores, so until then have a look at these detailed pictures as well as the designer video presentation: