The Escape from Mirkwood Spiders is a Hobbit: the unexpected Journey set that will be released according to Lego next December. With almost three hundred of pieces the set will have two big Mirkwood spiders, four mini-figures (which will be Logolas, Tauriel, Fili and Kili) and two trees, one of them slightly bigger than the other.

The set intends to recreate a scene where the dwarfs are surprised and captured by the Mirkwood Spiders. The only way for them to escape is hope that Bilbo Baggins safes them. For that, Bilbo will have to face not only the two big spiders as well as other small spiders that are hided on the trees. 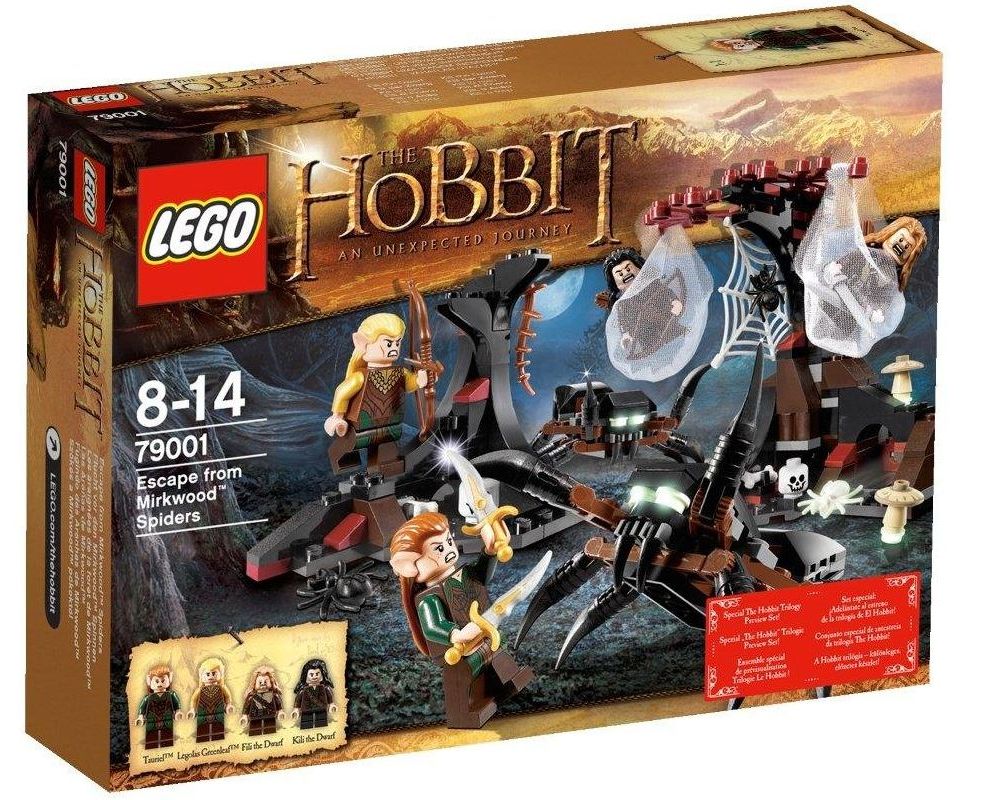 Stating by the spiders, they have a considerable size

and are made with plenty of small technique pieces that give them plenty of flexibility not only to their legs but also to its body. Fear and aggressiveness are two features that are easily achieved. But for me the best part of the set is the glow in the dark parts. The big spiders’ eyes, a small one and the mushrooms shine when it’s dark.

The trees, on the other hand, not only hide the three smaller spiders but also have a throwing mechanism that launch the white spiders against not only the dwarfs but also to Bilbo Baggins. In the red benches there are also a couple of nets (cocoons to be precise) where the spiders will arrest our heroes.

The bases of the trees are black and have plenty of scary elements: bones, skulls and even a couple of mushrooms in the trunk give the set the proper environment.  Once the spiders are defeated, the bigger tree has a small lever that allows it to be overthrow and easily the two prisoners will be released. 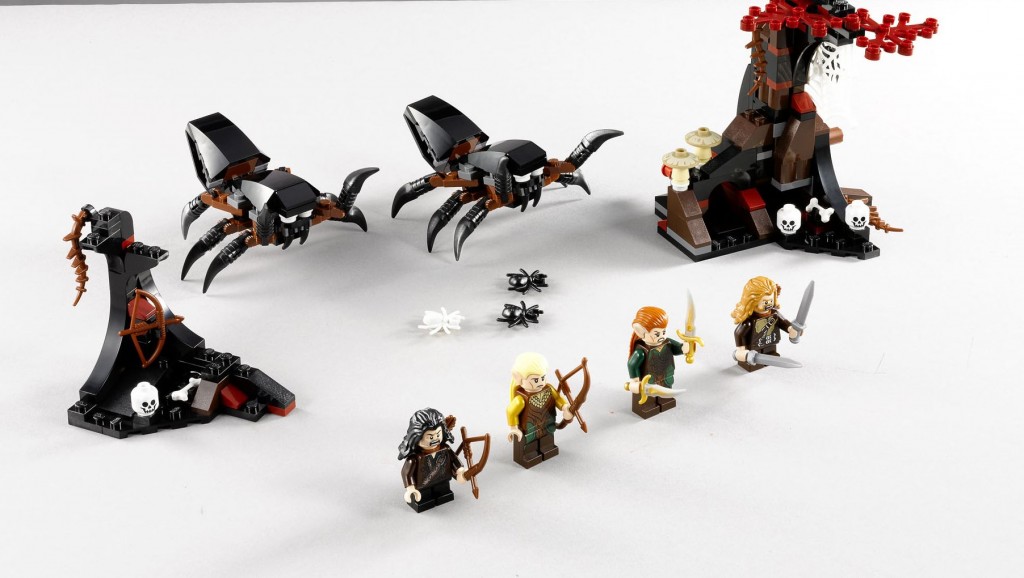 As it would be expectable in this kind of sets there is also a bunch of nice weapons: shot and long bows, two swords, daggers and a couple of more can be easily found. Globally looks like a great set with plenty of nice features and weapons and it has an estimated price of thirty dollars which looks fair.