The Riddles for the ring is until know the smallest 2013 hobbit set that has been presented. With about one hundred pieces and two mini-figures (that are Bilbo Baggins and Gollum), the set includes a small gray cave (which is the core) and a small brown boat made of wood and some old bones.

The set intends to recreates the part where Bilbo Baggins meets Gollum and finds the gold ring.  Honestly, this ten dollars set unless it is a complement of a bigger set, is not very interesting. Despite Bilbo is not only an exclusive mini-figure of this small set as well as it has a double printed face, the riddles for the ring doesn’t have much playability.

The cave is all made with grey pieces, giving it a scary and mysterious look. It has a couple of doors and an interesting mechanism with a small lever at one side, that hides and unhide the Ring.  We can’t ask much more to such a small set, but definitely this is a box only for a real hobbit fan or for some one that has already a few lord of the rings sets and looks for a complement for them. 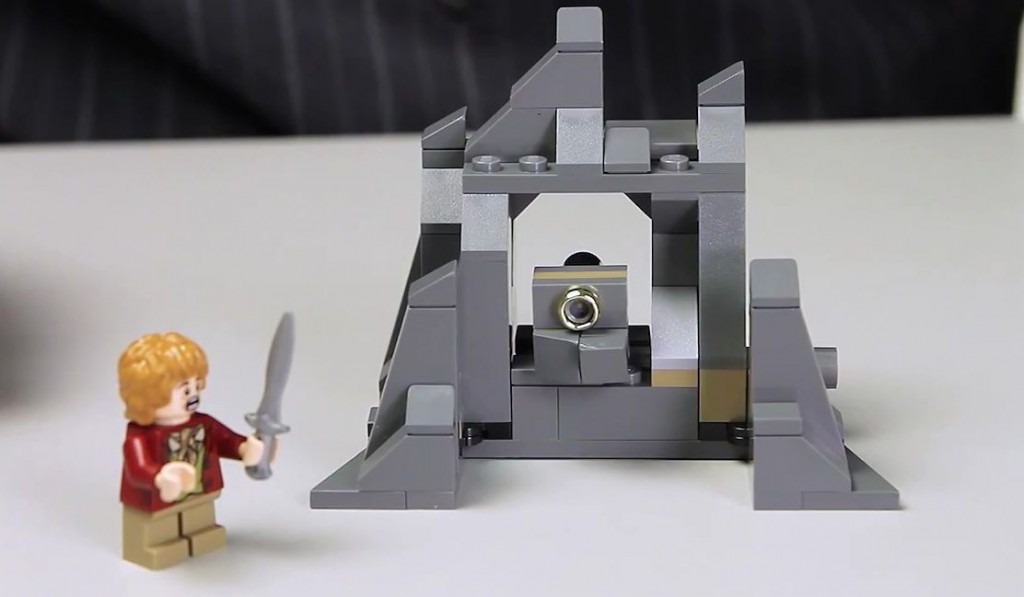 The Ring is obviously another added value because it is present only in a few sets and of course Bilbo Baggins, that as I said before is exclusive, is also nicely detailed and has a double printed face. Please have a look at some new photos below, as well as the presentation video: