The Speed Force Speed Pursuit is one if the new DC Comics Super Heroes sets, recently unveiled, that will be available next year. With around two hundred and fifty pieces, it features two nice vehicles, an helicopter and a car (a sort of buggy) and four mini-figures with several accessories: Cyborg, Flash, Reverse Flash and Killer Frost.

The set looks absolutely cool in terms if playability and one of the reasons is the heli with its great and unusual features. The cockpit at the front looks fantastic with a big windshield and inside, the pilot has more than enough space for a nice seat and the usual handlers. 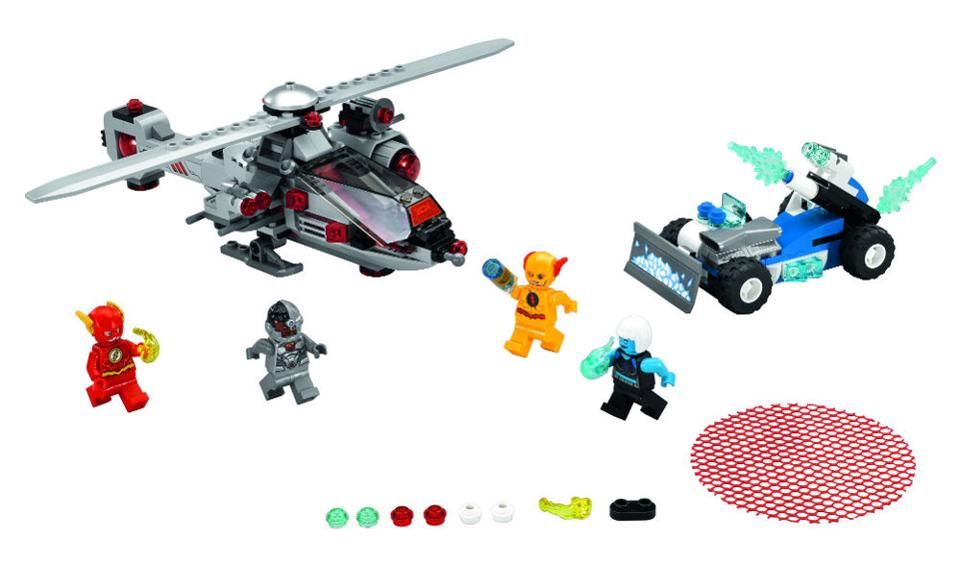 With a nice color scheme, it shows also a lot of fire power, with a spring loaded shooter at the front, a laser gun on the left and a couple of stud shooters on the right. Just behind the cockpit, the engines and the propellers give the heli the necessary power to fly. Continuing, the tail is also quite unusual with no balancing elements, showing only the back part of the landing gear which seems prepared to land everywhere.

The car is smaller but shows also some nice stuff to fight back the Heli. With a shelf in front of everything and the seat on the right, the buggy shows also a missile launcher as well as two stud shooters which is excellent in a vehicle with such a small size. 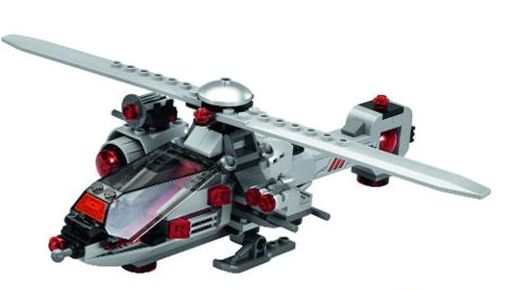 In terms of mini-figures they look absolutely great and are surely an extra reason to achieve the set. Globally for around thirty dollars, I think that we can’t ask for much more. The vehicles look cool in terms of playability and beauty and the only con for now is the fact that it will be available only in the beginning of 2018 ( perhaps a bit earlier in some markets).