I love this truck. With a normal look when everything is closed, it shows a usual front with a small hood and some nice stickers in multiple places. The cabin is also a bit naked but it seems to have the minimum: the usual steering wheel and a seat for the shocker. The roof can also be detached for a better access to the interior.

Right at the back, the fun begins! Once the roof and the back door are opened, a massive stud shooter, mounted on a small technic arm, rises from the interior, and assuming multiple positions, the six cannons will certainly give Vulture and its wing suit a very hard fight. 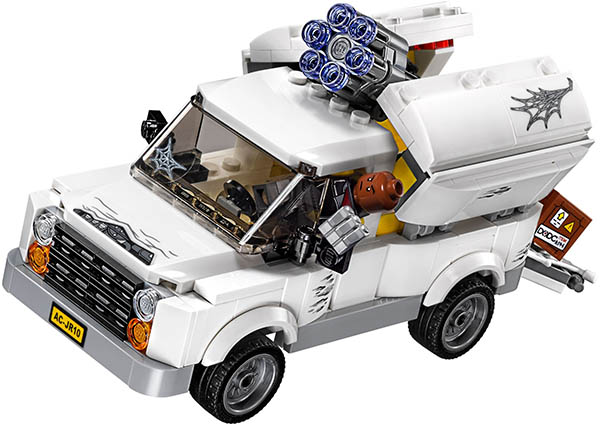 Talking about the mini-figures, they are definitely an extra reason to achieve the set. On one hand it’s not easy to find four relevant characters in a single set and on the other, Vulture with its brick built suit is exclusive of this set. Globally, it’s a pretty interesting deal with plenty of playability with a retail price around the forty bucks. Enjoy it!