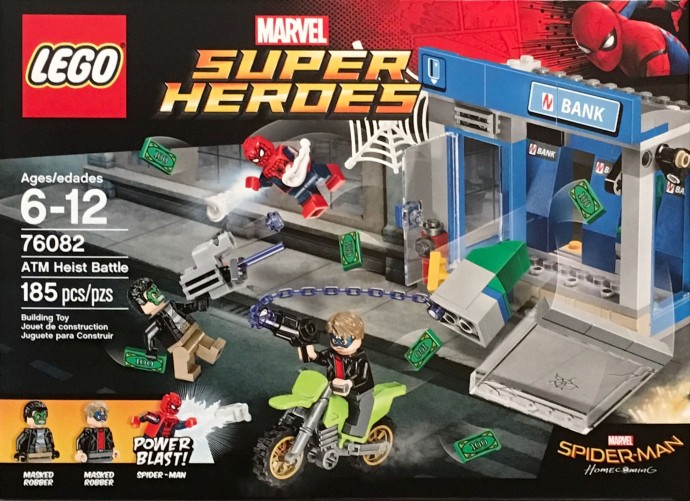 The Bank is obviously the main attraction in the set, and this small building surely represents well the area where the AMT’s are usually installed. It presents a small glass door and a wall nearby that can be broken thanks to a small knob placed on top. Inside there are two ATM’s and at least one of them will be robbed with the help of a chain that will pulled by the motorcycle.

Overall it’s a pretty decent set for sure. The bank shows some tricky features to enjoy and the mini-figures are surely fantastic. The new ATM Heist Battle should be available next June with a retail price around the twenty dollars which seems quite fair for a Super Heroes set.