The entry set of the new wave of DC Comics Super Heroes, Clash of the Heroes, has been revealed on Eurobricks, showing a really cool small set with exactly ninety two pieces that includes Batman and Super Man.

The set box shows a lot of action between the two guys, on a skyscrapers’ roof, and a lot of interesting details, with special attention for the big bat signal that according to the image, besides the fact of being a printed piece, it also shines in the dark as you can see in the small logo, in the left corner. 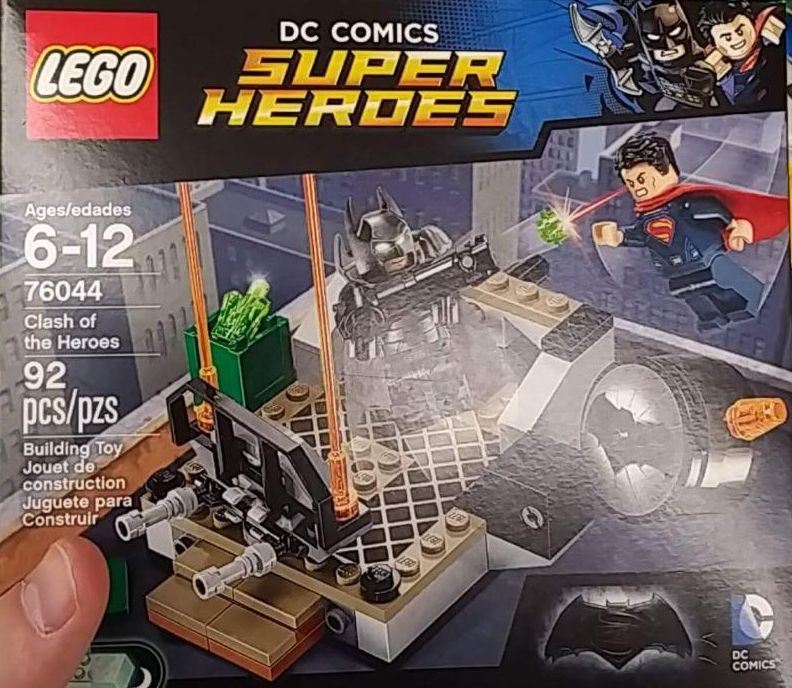 The main scenario has a big air ventilation on the top of a building with two steps and what it seems to be a rotating grid with a couple of weapons and to orange antennas. On the opposite side, there is a sort of knob which might indicate not only a technique structure below the floor but also an additional feature that for now isn’t clear, at least just by looking to the image (will it be for the bat sign? That would absolutely be awesome!!).

There’s also a green box with kryptonite, at the corner, that will certainly difficult superman to fight back batman and if we’re talking about the mini-figures, Batman uses a really cool black armored suite and holds a nice powerful weapon with an incorporated stud shooter. Superman, on the other hand, has the usual blue and red color uniform, and he is certainly a great addition to the collection. 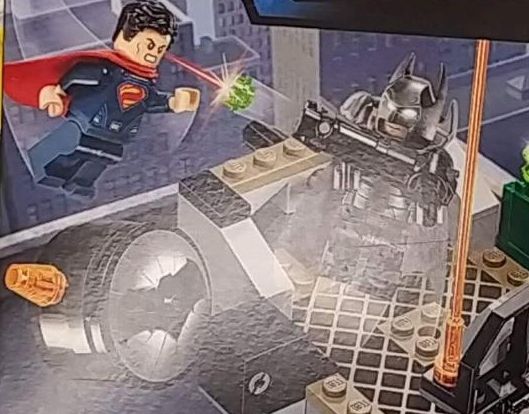 Globally it’s a pretty decent entry set with lot of action and two main mini-figures. There is no kind of information about price or availability but I would say, according to its size that it should retail around the twelve dollars, probably in the first months of 2016.