The Brainiac attack has finally been unveiled. The images that are surfing in the internet show a big Octopus with some interesting details that include a small platform with a double laser gun and four mini-figures that are Brainiac, Martian Manhunter, Superman and Supergirl, among a total of around two hundred pieces, perhaps a bit less.

The felling for this set will be always, in my opinion, subjective. Not everyone will like a set with an Octopus as the star, however, Brainiac has at its disposable a very powerful machine that will surely difficult the life of the other three guys. 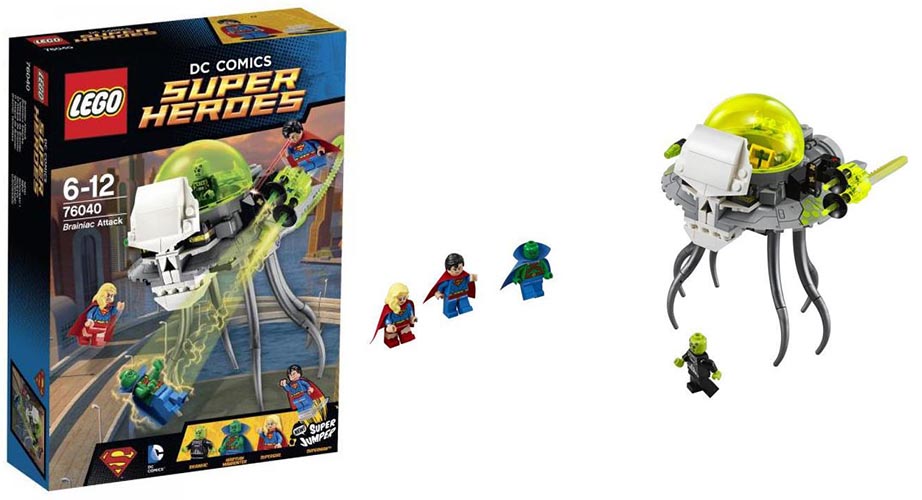 The Octopus has a white scary face, perfectly designed, where it’s easy to identify all its parts. The main structure has on top a very large cockpit, covered by a transparent dome, with more than enough space for Brainiac and its seat, for the handlers and even an extra mini-figure if necessary. 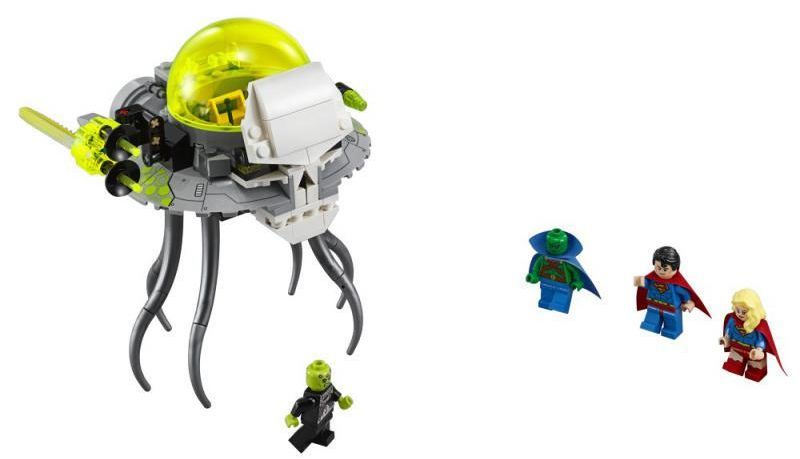 Connected to main structure, in the bottom, six big thin legs ensure the necessary balance when the Octopus is stopped in the ground. Both sides bring weapons but the double laser gun, at the left, looks more interesting than the usual flick fire missile, of the opposite side. 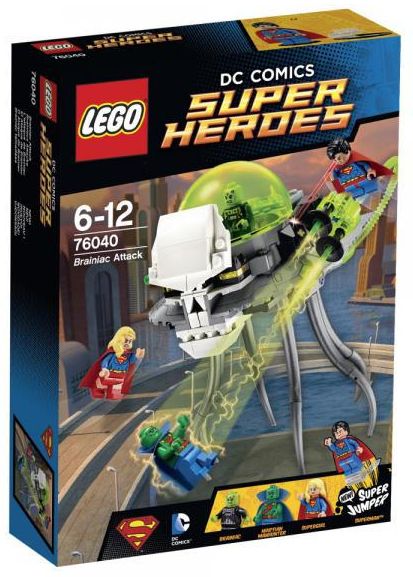 Globally this looks absolutely a set for the most enthusiastic fans. I’m sure that those who don’t appreciate too much this theme will think twice before spending twenty five dollars with its purchase. In my opinion, there are many more enthusiastic sets (and mini-figures…) of this theme for the same money. Have a close look to the pictures!