The Attack on Avengers Tower is a new Super Heroes set that will be available on stores in the next months. It features a really nice building with several floors and plenty of glass, a small drone and five mini-figures: Iron Man, Thor, Ultron and a couple of Iron Legion Accomplice.

The Tower looks awesome at the first glance and it definitely seems to bring some really nice features to play with, despite that a few of them aren’t perfectly visible for now, at least looking at the few available pictures. The building is mostly built with grey shades and lots of windows and features four different levels. The back parts seem similar on every floor showing some big round windows and the Avengers symbol on top. 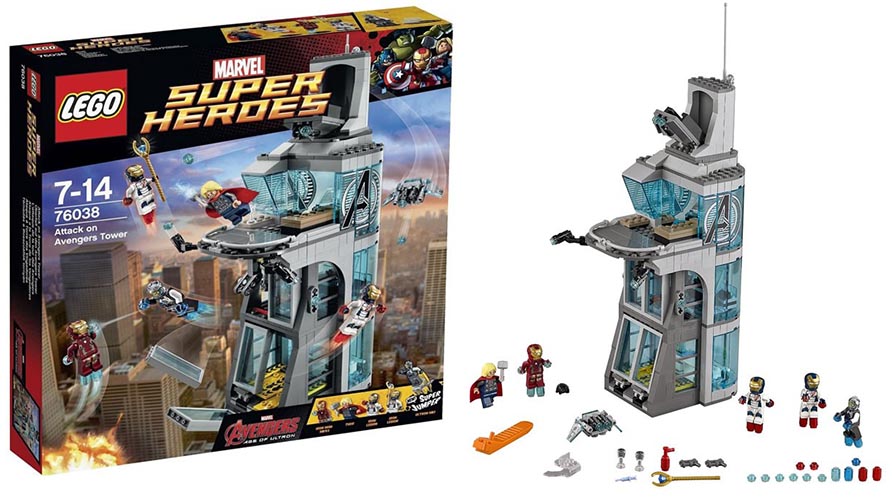 To understand a bit more of this buildings’ features we have consider its action context. It seems that Ultron has everything prepared to blow the lab from the inside which explains the part that the first level windows can be easily moved or projected to the outside. The yellow floor seems also to bring some action but through the picture it’s impossible to see perfectly what it is. 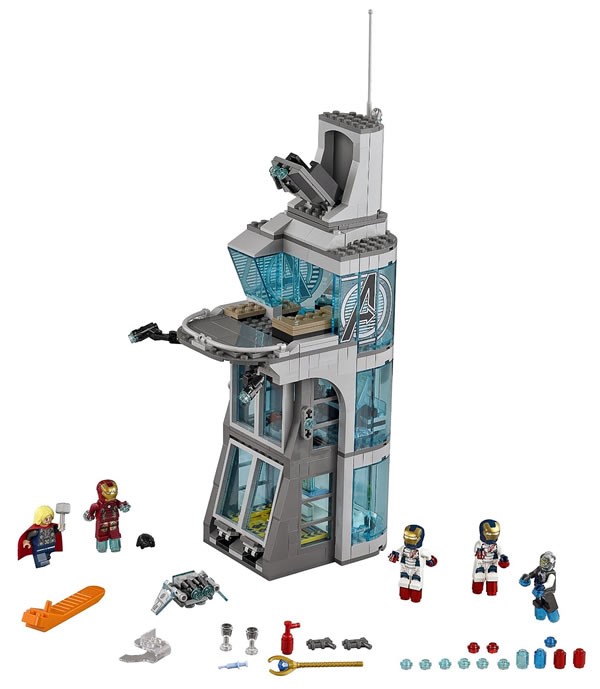 The second floor shows a control room with a couple of sliding windows and a few accessories in its interior. The technic brick aside, with the blue stud, suggests a sort of knob that might trigger another mysterious feature. At the first glance it seems that there are two surveillance cameras but looking closely to the set box, they’re two new stud shooters that can assume multiple angles.

Above it, the sick bay room also a really nice platform with no studs which is always pleasant in terms of design and some sort of stretchers. On the top of the tower, there’s a secret compartment with a drone, read to take off to fight back the Iron Legion Accomplice. The small door has also an additional stud shooter. 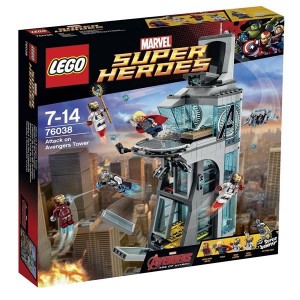 Finally, a short look to the mini-figures which once again seems pretty beautiful and look definitely an additional reason to achieve the set which will retail around seventy dollars that being a bit more expensive than other themes, seem in line with the rest of the Super heroes wave. Enjoy the pictures!