The Rhino and Sandman Super Villain Team-up is a new Marvel Super Heroes set that is very close to hit stores, in next wave of releases. It has almost four hundred pieces and features a construction platform with a nice swinging crane, a brick built Rhino and three mini-figures with weapons and accessories: Sand Man, spider Man and Iron spider.

The first look is obviously for the crane. It looks pretty cool and it’s definitely the major point in terms of playability. It turns all around and is built mostly with yellow bricks. The winch looks also very simple and this time it’s controlled by a big handle that simple goes back or forward. I don’t know if is better or worse than the usual knob, but at least it’s different. Spiderman has also the possibility to hold his net to the crane and fly to fight back rhino.

The platform is clearly divided in three, on the right we have the crane, and next to it, in the middle, there is what it seems to be a sort of entrance with a big white net as a barrier that goes up and down and just on its right there is a quite interesting brick built hand for Sandman to grab the Iron Spider Armor.

Finally, at the left, Iron spider and Sandman have their small thrones. Sandman has a single stud, to be stuck, on the top of the biggest column and Iron spider has on the edge some sort of claws, similar to the brick built hand where he can be stand and stuck, observing everything that is happening on the ground. This part is probably the most detailed of the set, using plenty of small pieces on the building process and featuring also what it seems a sort of catapult, on the ground, and a sign mentioning an unstable area. 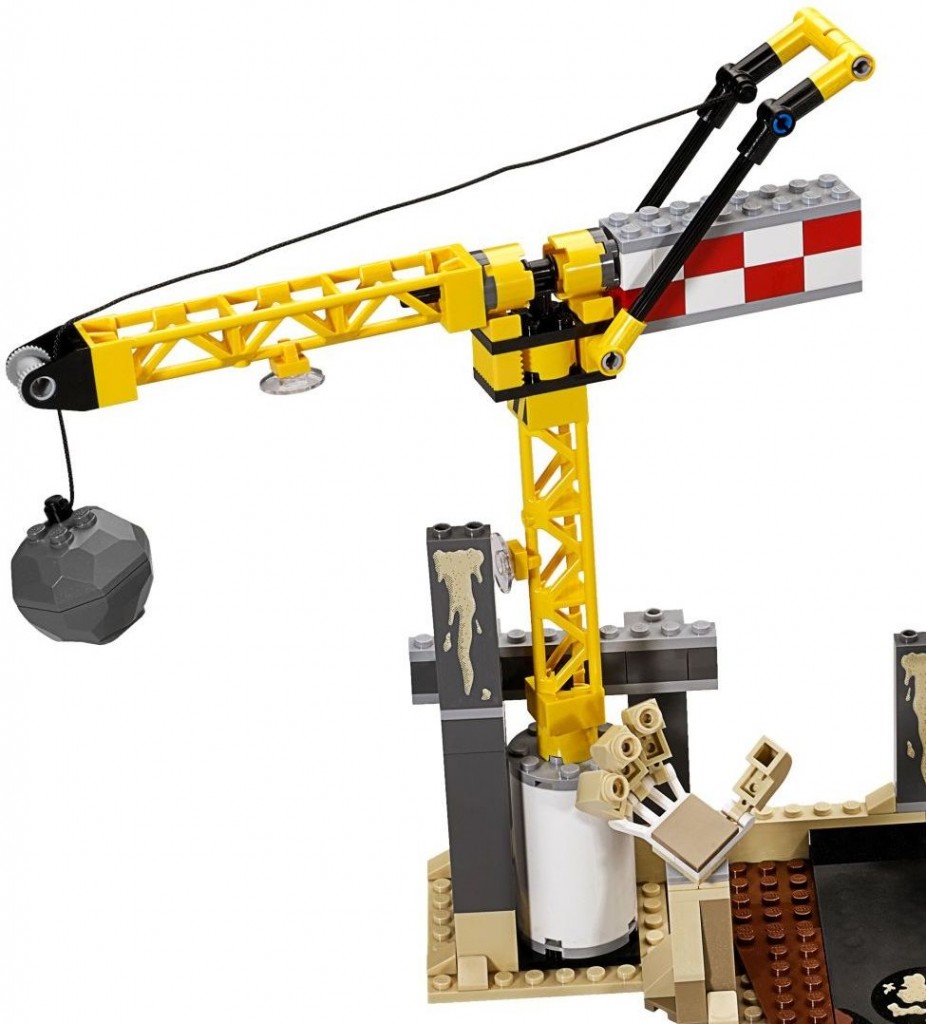 A quick look to the mini-figures allows observing some really accurate guys and a brick built rhino with the advantage of featuring four stud shooters, two on each arm, which is surely pleasant in term of playability. Overall , not being the most enthusiastic super heroes set, I would say that it has a lot of potential in terms of playability, especially if it’s put together with a couple of others. The set should soon be available with a retail price around the sixty dollars. Enjoy the gallery: